On an exhilarating April night 27 years ago, the old Montreal Forum was rocking. It was neither a concert nor hockey game that charged up the arena, but the electricity in the air was more powerful than either. The "Yvettes" filled the place.

It was six weeks before the first referendum to decide on Quebec's future in or out of Canada. In an infamous gaffe, a Parti Quebecois cabinet minister had referred to women on the "No" side -- women who supported federalism -- as "Yvettes," after a meek and subservient character from an old school text. The intended slight backfired, as federalist women all over Quebec defiantly, proudly began calling themselves Yvettes and organizing No-side rallies.

The biggest and most pumped-up one was at the Forum, where women from across the province filled the place to hold hands in solidarity, sing, stamp their feet and cheer the speeches of such figures as Pierre Elliott Trudeau. Trudeau was predictably inspiring, and the crowd, predictably, went nuts for him.

But the greatest ovation of the evening, in my recollection, went to the 83-year-old woman who was accompanied to the stage microphone by the rollicking sounds of that old French-Canadian folk song, Vive la canadienne. The band played it energetically, over and over, because the crowd wouldn't stop cheering. Lean and snowy-haired, she had a natural dignity and a light in her eyes I swear you could see halfway up the Forum blues.

"La canadienne," as anyone who was there will recall with a lump in the throat, was Senator Therese Casgrain. She died 19 months later, her participation in the referendum campaign one of the last gestures of her public life. But on the night she spoke at the Forum, it felt like an emotional outpouring of gratitude by women from across the province and beyond it, too, to an extraordinary woman who had fought the good fight on their behalf for half a century.

Casgrain campaigned for women's right to vote both federally and in Quebec, where women remained voiceless until 1940. Through the 1930s and '40s, she stood up for women and raised their issues both as a radio host and a politician. A onetime Liberal, she joined the NDP precursor, the social democratic Co-operative Commonwealth Federation -- and became the first female party leader in Canada when she led its Quebec wing through three provincial elections, fighting tirelessly against the iron rule of Maurice Duplessis. Later she campaigned against nuclear weapons, continued to work for women's rights and human rights generally, stayed active with what was by then the NDP -- and was named to the Order of Canada in Centennial year, 1967, when the honour was created.

You can understand the powerful association with Vive la canadienne.
Today especially, it seems appropriate to think of Casgrain and her contributions.

Today, of course, is the feast of St. John the Baptist, named by the pope a century ago as the patron saint of French Canada. La fete de la Saint-Jean, marked across the country from the Atlantic provinces to the West, was and is nowhere more celebrated than in Quebec, where more secular (and more nationalistic) forces 30 years ago renamed the occasion la fete nationale. The point has always been the same, though.

No matter where it's celebrated, June 24 is the day to honour French-language roots and the cultural explosion that has enriched our social landscape as a result.

This will be a controversial observation in some quarters, no doubt including the home of one of my semi-regular correspondents, an anonymous one-name purveyor of bigotry and intolerance. Inexplicably, I'm on this person's list and so received his or her latest vile message one day last week. It sported an image at the top, a blue fleur-de-lys framed by the words "Kick Out," above a forwarded piece of hatemail comparing Muslims to Nazis. The drivel was introduced with the comment, "Now compare this to what the Quebec/Francophone fanatics have been doing to our language, culture and history over the last 4 decades ... wake up folks, enough is enough!!! We want our country back."

A francophone correspondent some months ago shared a disturbing experience he'd recently had. "When I arrived in Ottawa in 1983," he wrote, "I saw on Elgin street and other Ottawan streets several Ontario-plated cars with anti-Quebec and French stickers, making me feel the least welcomed minority in my own National Capital ... Yesterday, 24 years after, on Beechwood Avenue, I drove behind an Ontario-plated car with a sticker: Fleur-de-lys with gentle Kick-out words and an X on it."

Political debate is understandable, as is disgruntlement over awkwardly implemented bilingualism policies. But this? In Ottawa in 2007? Do we understand nothing about social enrichment? Have we not learned, over nearly 140 years, that intolerance only narrows and reduces? That whether we hide behind expressions like pure laine in Quebec or its dopey equivalent in English Canada ("We want our country back"), we're choosing a smaller, meaner world?

Frankly, if "our" history had none of its powerful French strains, and "our" culture were somehow to be divested of every French influence, we would be such a diminished nation I'm not sure how I'd feel about carrying its passport. Luckily, the lunatic fringe on either side of the "unity" debate has not yet prevailed, and we can still appreciate and celebrate what we've had and have.

Try to make a list, and, even restricting it to those French Canadian figures familiar to English Canada, you know you've left countless worthy names off. Still, you let your mind wander over the disproportionate contributions that mock the statistic indicating that our maternal-tongue francophones are just slightly more than one-fifth the Canadian population.

You look at the artistic contributions and picture Riopelle, Lemieux or Borduas. You recall the theatrical and cinematic triumphs of Robert Lepage, Michel Tremblay, Denys Arcand, Claude Jutra, Cirque du Soleil founder Guy Laliberte. You think of music -- never mind if this is your taste or not -- and recognize the impact of pop giants like Celine Dion and poets like Gilles Vigneault and Felix Leclerc.

In literature, you almost don't know where to start, although names like Gabrielle Roy, Roch Carrier, Marie-Claire Blais, Anne Hebert and Antonine Maillet are as good a place as any.

Loving hockey, you remember Maurice Richard, Jean Beliveau, Guy Lafleur. Watching the Olympics, you're reminded of Sylvie Frechette and Alexandre Despatie. Follow motor sports, you think of the Villeneuves, pere and fils.
You sit down to a meal that honours today's mantra of local and fresh, and you recall Jehane Benoit's decades of groundbreaking work in Canadian cuisine, her folksiness a gentle mask for her learning and disciplined professionalism.

You think of inventors like Joseph-Armand Bombardier, astronauts like Marc Garneau and Julie Payette, civic leaders with imagination, like Jean Drapeau. You think of French Canadians who have left their mark on the world beyond our borders, humanitarians in Africa like Cardinal Leger and Dr. Lucille Teasdale, or L'Arche's amazing founder, Jean Vanier.

Then you're reminded of the senior Vaniers, Georges and Pauline, which gets you thinking about people with vision, even if they're not visions you share. Ignore the politics and think of the energizing impact made by people like Trudeau, Wilfrid Laurier, Jean Lesage, even rebels like Louis Riel and Rene Levesque.

Without all those beacons of what has been bright, hopeful, energizing and just plain interesting in our national life, we would be a poorer place indeed.
And then, of course, there are our Therese Casgrains. Vive la canadienne, indeed.

In Quebec City on June 24, 1834, the Societe Saint-Jean-Baptiste organized the first Congres national des canadiens-francais. At the patriotic shindig, they unveiled a new song, O Canada! mon pays, mes amours, the passionate lyrics of which were composed by 19-year-old George-Etienne Cartier, future Father of Confederation.

Forty-six years later, also on June 24 in the same city at a later edition of the same congres, composer Calixa Lavallee unveiled O Canada, with stirring French lyrics by a Quebec judge.

Such milestones are worth remembering today. And a week from today, too.
So Bonne fete de la Saint-Jean, everybody. Or Bonne fete nationale, if that's your preferred phrasing.

And in this country that is so much the richer for its continuing presence, vive la francophonie canadienne. 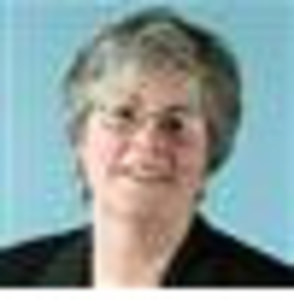