Jewish state controlled by four informal networks, not by government

In light of the battle between Olmert, Netanyahu and Barak for the next premiership, the public debate focuses on the question on who of these three politicians is the "strong leader" many Israelis yearn for. At the same time, the failures of all Israeli leaders throughout history and their inability to implement their policies are attributed to a series of elements, including political instability, the plethora of parties, and the low popularity of all government institutions.

However, despite the weakness of leaders and the Knesset, policy is still formulated and decisions are still being taken both on the diplomatic and local level. This gives rise to the following question: Who rules the State of Israel? If we closely examine the state of our political system, and particularly the question of who rules Israel in practice, which is something that is not done often, a disturbing picture emerges:

Four informal "networks," which are unelected and often act surreptitiously, rule Israel, with "strong leaders" associated with them to some extent and even being controlled by them. The membership of these networks is not permanent and their makeup changes. Yet the members of these networks have a joint agenda, common ideological and practical perceptions, joint interests, common ways of acting, and the ability to influence public opinion, and of course influence politicians.

The defense network is made up of senior military officers, both past and present, heads of the secret services and police, and business owners in the security sphere. The members of this network have determined the political and military moves en route to all our wars, and between them. They are both leftist and rightist (as of late, there are more rightist and religious ones) and also took part in important political moves and in the peace process.

In addition, they are also intimately involved in economic, political, and cultural developments that pertain to the defense establishment. It is no secret that most Israeli prime ministers, even if not all of them, were members of this network. There was not always agreement between them and between those serving in the defense establishment during their tenure, but ultimately they acted together – and this can be clearly seen when we examine the evacuation of southern Lebanon, the disengagement from Gaza, the security fence, etc.

The capitalist network is made up of the 12 or 18 wealthiest families in Israel, as well as the large business owners. Its members are interested in the continuation of privatization processes, low taxation levels, low salary levels, etc. The members of this network are connected to senior politicians who enjoy their assistance and are willing to maintain neo-liberal policies, which led to great destruction of the Israeli welfare state and huge gaps between the highest and lowest echelons.

The strictly Orthodox rabbinical network is relatively small, and its members share common interests in all matters pertaining to the relationship between religion and state. They influence, and in fact determine, matters of personal status, yeshiva students' exemption from military service, conversion policy, attitude to foreign workers, and to a growing extent our policy in the territories.

The network of senior bureaucratic officials is particularly important. Its most prominent members include senior Treasury, Bank of Israel, Defense Ministry and Education Ministry officials. On the one hand, they are the ones who determine and formulate most of the important decisions and laws passed by the Knesset, and on the other hand they have the power to torpedo decisions and laws, particularly through inaction.

The three of them have attempted to, and will continue to attempt to, cultivate their relations with the network of senior bureaucratic officials.

This is one of the major problems of Israeli democracy. Until it gives power to the representatives of the genuine sovereign – the people – Israeli democracy will suffer from these ills, and even talented and inspirational leaders who subscribe to ideology that meets the needs of the people won't be able to function properly.
*** 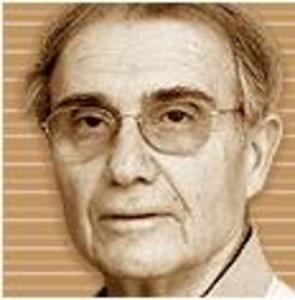