What Israel really wants from America (it's not troops in Syria) 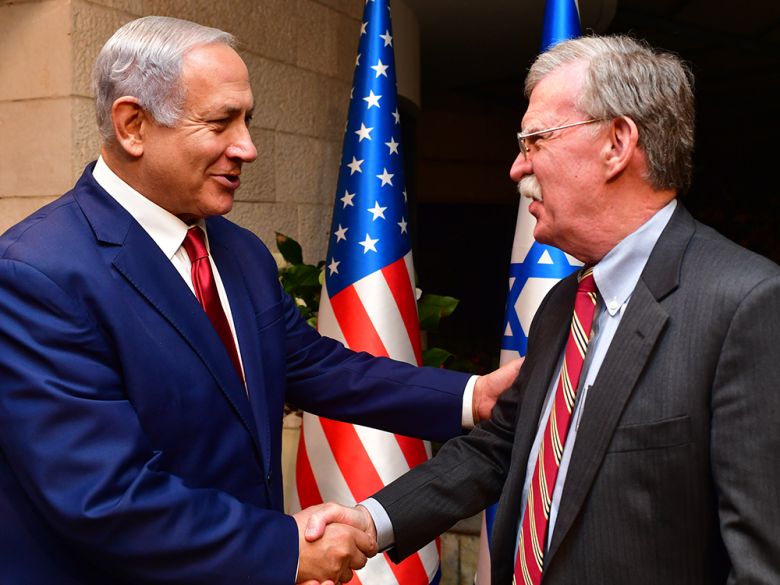 President Donald Trump’s intention to make a sudden exit from Syria has drawn sharp criticism from both politicians and pundits, including some with remarkably strong pro-Israel reputations on both sides of the aisle. Understandably, Israel is not their only calculation, but even from an Israeli perspective, the palpable nervousness about the impending withdrawal — now seemingly somewhat delayed — has renewed the concern that perhaps Trump is not the great supporter of Israel that he claims to be.

The growing doubts seem to be based on an accepted premise in some circles that American involvement and boots on the ground in the Middle East are good for Israel and good for peace. This belief has expressed itself in both the past and the present through the posting of American advisers or soldiers, and sometimes peace-keeping forces, in such neighbouring countries as Lebanon, Iraq and Syria. This has been the nature of American military involvement, while the political involvement has often been intense in the promotion of peace plans, usually the “land for peace” formula, otherwise known as the two-state solution, in which Israel, a country barely the size of New Jersey, is required to surrender strategic, historic territory in exchange for a peace agreement.

With new elections rapidly approaching here in Israel, polls show that most Israelis no longer believe that the land for peace formula is a realistic option. Even so, many are still comforted by an American military presence in the Middle East, especially in Syria. That country, which borders Israel, is where Israel’s arch-nemesis, Iran, has been building up a military presence, often acting through its surrogate Hezbollah, which dominates Lebanon and has been making persistent efforts to expand its military presence in Syria, near the volatile Israeli border.

Therefore, one might presume that this president’s decision to withdraw all American troops would be greeted with great trepidation in Israel. However, while a stationary American presence is generally a deterrent to the enemies of Israel and America, it can also make American troops a vulnerable target, as seen in Lebanon in 1983, when 241 Americans were killed in a Hezbollah attack on a Marines barracks.

Syria … is where Israel’s arch-nemesis, Iran, has been building up a military presence

In any event, the Iranian and Hezbollah Syrian-based threat to Israel will remain, and it is up to Israel, not the United States, to confront it. As detailed in my new book, Trump and the Jews, Israel has, in the past year, been launching periodic pre-emptive strikes on Iranian/Hezbollah military installations in Syria, including the most recent attack in the heart of Damascus, prompting a sharp protest from Russia. These pre-emptive strikes are likely to increase after the American withdrawal. Barring an unexpected halt to Iran’s growing presence in Syria, the conflict between Israel and Iran will certainly heat up in the coming months, but the American withdrawal will not be the main cause. The tension is, and will continue to be, the product of the Iranian regime’s often repeated vow to attain nuclear capability and to annihilate the Jewish state.

Misguided American involvement in the past brought us the Oslo Accords, Islamic terror organizations armed to the hilt with weapons, and the irrational push for a “Palestinian” state. We don’t need another failed “land for peace” push from our American friends and we certainly have never requested American boots on the ground. What most Israelis want from the U.S. is what President Trump has been providing — the moral support to defend ourselves in Syria, Lebanon and Gaza; the respect for our need to rebuild and strengthen our entire country and especially our capital city, Jerusalem. In short, what we ask from America is political backing on the world stage, and, if necessary, passive military support (weapons, not American soldiers), as well as continued financial support for our defence.

The meaning of Zionism is the rebuilding of Israel in our times, with the blood, sweat and self-sacrifice of the Jewish people in our ancient homeland. Much to the dismay of some knee-jerk Trump-haters, who never cease to question his intelligence, President Trump actually “gets it,” perhaps better than any president since Harry Truman. The main point is that we Israelis like to fight our own battles, and we trust that our friends will firmly stand with us on the political and diplomatic front, not to fight for us on the battlefield with American soldiers — not even in Syria.

What Israel really wants from America (it's not troops in Syria)