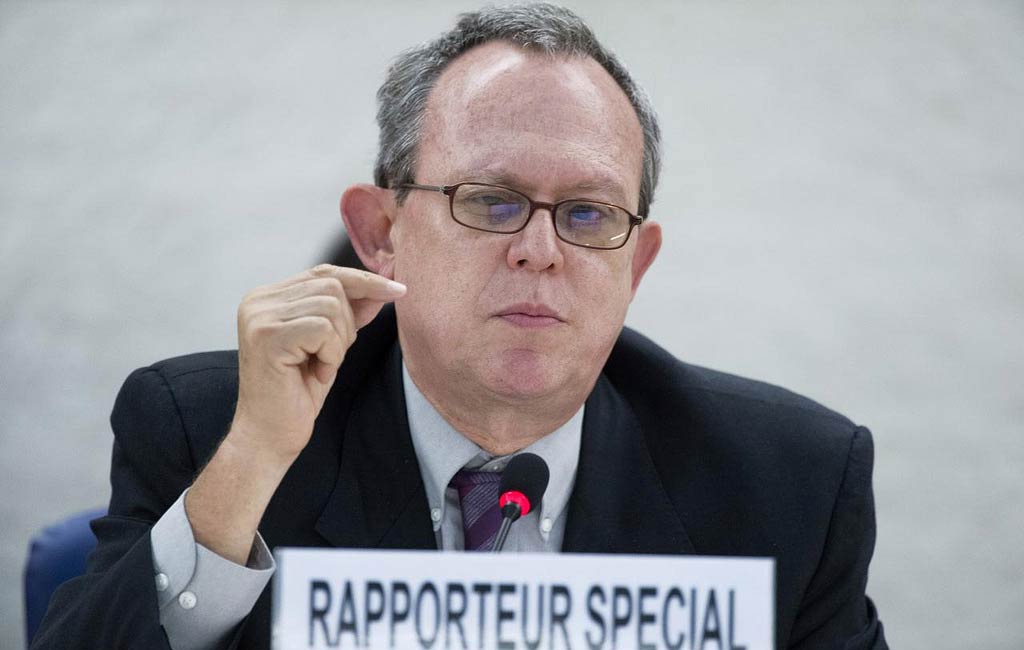 Commentaire de Vigile:
L'envoyé spécial des Nations Unies effaré par les atteintes à la liberté de presse en Angleterre
***
A senior United Nations official responsible for freedom of expression has warned that the UK government’s response to revelations of mass surveillance by Edward Snowden is damaging Britain’s reputation for press freedom and investigative journalism.
The UN special rapporteur, Frank La Rue, has said he is alarmed at the reaction from some British politicians following the Guardian’s revelations about the extent of the secret surveillance programs run by the UK’s eavesdropping center GCHQ and its US counterpart the NSA (National Security Agency), it was reported in the Guardian.
“I have been absolutely shocked about the way the Guardian has been treated, from the idea of prosecution to the fact that some members of parliament even called it treason. I think that is unacceptable in a democratic society,” said La Rue.
Speaking to the Guardian La Rue said that national security cannot be used as an argument against newspapers for publishing information that is in the public interest even if doing so is embarrassing for those who are in office.
The Guardian as well as other major world media organizations including the New York Times, the Washington Post and Der Spiegel began disclosing details about the US and UK’s mass surveillance programs in June, after receiving leaked documents from former NSA contractor, Edward Snowden.
The publications have sparked a huge global debate on whether such surveillance powers are justified, but in Britain there have been calls for the Guardian to be prosecuted and the editor, Alan Rusbridger, has been called to give evidence to the home affairs select committee.
The Prime Minister David Cameron has even warned that unless the newspaper begins to demonstrate some social responsibility, then he would take “tougher measures” including the issuing of D notices, which ban a newspaper or broadcaster from touching certain material.
While on Friday the New York Times wrote an editorial entitled “British press freedom under threat”. It said, “Britain has a long tradition of a free inquisitive press. That freedom, so essential to democratic accountability, is being challenged by the Conservative-Liberal coalition government of Prime Minster David Cameron.”
The op-ed added that Britain, unlike the US has no constitutional guarantee of press freedom.
“Parliamentary committees and the police are now exploiting that lack of protection to harass, intimidate and possibly prosecute the Guardian newspaper,” the leader read.
Frank La Rue’s intervention comes just days after a delegation of some of the world’s leading editors and publishers announced they were coming to Britain on a “press freedom mission”.
The trip is being organized by the Paris based, World Association of Newspapers and News Publishers (WAN-IFRA), and will arrive on UK soil in January. WAN-IFRA says it will include key newspaper figures from up to five continents and that this is the first mission of this kind to the UK ever.
The delegation is expected to meet government leaders and the opposition, as well as press industry figures and civil society and freedom of speech organizations. Their discussions are expected to focus on the political pressure brought to bear on the Guardian.
“We are concerned that these actions not only seriously damage the United Kingdom’s historic international reputation as a staunch defender of press freedom, but provide encouragement to non-democratic regimes to justify their own repressive actions,” Vincent Peyregne, the Chief of the WAN-IFRA, told the Guardian.