Uh oh. Gold investors are “throwing in the towel” — Should you? 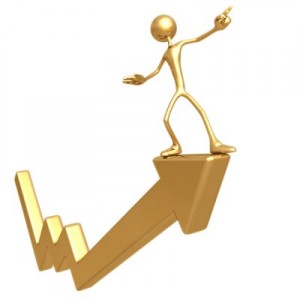 Michael Cuggino is the president of Permanent Portfolio Family of Funds Inc., where he also serves as a fund manager overseeing about $7 billion. He sees a number of factors working against gold right now.

“You’ve got all these factors conspiring against gold,” said Cuggino in a telephone interview for Bloomberg. “A certain number of investors are throwing in the towel.”

What are the factors supposedly conspiring against gold?

That’s a lot of bad news for gold, no? At face value, these bullet points suggest that significant inflation is not on the horizon. Since gold is generally purchased as an inflation hedge, some think the outlook for gold isn’t looking good.

So, should we dump our gold?

The data is a farce

First, there’s the oil prices. Why are they going down? This matters a lot. Some have speculated that they might be down because people are using alternative energy sources. This would reduce the demand for oil, obviously, leading to lower prices.

But that doesn’t seem to be anywhere near a sufficient explanation of the significant price drop we’ve seen recently. If reduced demand figures in significantly, it is more likely to be from the very weak U.S. economy and the inability of the average American to travel much or use much fuel this winter. It just doesn’t fit in their budgets.

However, it doesn’t appear that a decrease in demand explains the lower oil prices. And it isn’t an increase in supply, either. Or, at least, those factors don’t come close to completely explaining the drop off.

When the U.S. began to bomb Syria, it was doing a favor for Saudi Arabia. The Wall Street Journal discussed how King Abdullah wants — and has wanted for a while — the U.S. to do this. In fact, it was reported that the U.S. attacked Syria in order to carry out their part of a deal with the Saudis. You can read the WSJ piece here: “Deal with Saudis Paved way for Syrian Airstrikes.”(Subscription required – lengthy quotes and discussion are included here, though)

“To pressure Iran to limit its nuclear program, and to change Russia’s position on Syria, Riyadh will sell oil below the average spot price at $50 to $60 per barrel in the Asian markets and North America, says Rashid Abanmy, President of the Riyadh-based Saudi Arabia Oil Policies and Strategic Expectations Center. The marked decrease in the price of oil in the last three months, to $92 from $115 per barrel, was caused by Saudi Arabia, according to Abanmy.

With oil demand declining, the ostensible reason for the price drop is to attract new clients, Abanmy said, but the real reason is political. Saudi Arabia wants to get Iran to limit its nuclear energy expansion, and to make Russia change its position of support for the Assad Regime in Syria. Both countries depend heavily on petroleum exports for revenue, and a lower oil price means less money coming in, Abanmy pointed out. The Gulf states will be less affected by the price drop, he added.”

So, while they knew lower demand for oil would be the excuse cited for the lower prices, the real reason for the reductions was to hit U.S.’s enemies — especially Russia — hard. And it seems to have worked, judging by the problems the Russian ruble has run into recently.

In other words, lower oil prices aren’t giving us any real indication of what’s going on economically. They’re more akin to an act of war. So why would we sell our gold because of these lower oil prices? It seems we’re in the midst of some economic warfare, in fact. Under such circumstances, isn’t the dollar in greater danger than gold? It isn’t even close.

Economic Growth and the Strengthening Dollar

The supposed 5% third-quarter growth is a complete joke. This is data manipulation at its finest.

How, precisely, was the data manipulated? Remember the awful first quarter of 2014, when GDP was negative? When the figures were released, they were surprisingly low. It turns out that the number-crunchers saw that the quarter was going to be negative, so they had Obamacare subtract from GDP for the quarter. This was an unprecedented move that was identified — again — by Durden at ZeroHedge.com. Take a look at how unusual this was:

Well, that’s interesting, isn’t it? It looks like something is a bit different for the first quarter of 2014.

As soon as those numbers were released, Durden predicted that the Obamacare totals subtracted from the first quarter would be applied to a subsequent quarter and return a quarter with a GDP increase of 5%. Here’s what he wrote on June 25, six months ago:

“Don’t worry thought: this is actually great news! Because the brilliant propaganda minds at the Dept of Commerce figured out something banks also realized with the stub “kitchen sink” quarter in November 2008. Namely, since Q1 is a total loss in GDP terms, let’s just remove Obamacare spending as a contributor to Q1 GDP and just shove it in Q2.

Stated otherwise, some $40 billion in PCE that was supposed to boost Q1 GDP will now be added to Q2-Q4.

And now, we all await as the US department of truth says, with a straight face, that in Q2 the US GDP “grew” by over 5% (no really: you’ll see).”

He expected it in the second quarter, but said it could happen as late as the fourth quarter. It turns out that it happened in the third quarter.

And he went on to prove that the net increase for the third quarter was, in fact — drum roll — an enormous contribution to GDP from Obamacare. I strongly recommend that you take a look at this article to see how they’re playing you.

Don’t fall for it

The economy is not strong. The dollar should not be as strong as it is. The low oil prices are a sign of seriously dangerous tensions between the U.S. and Russia. And all of this — despite what the propaganda machine tells you day after day — is a reason to buy gold. It is definitely not a reason to sell it.

And if you want evidence of this, look no further than what the nations involved in the economic warfare are doing to protect themselves. Is Russia under attack? Is its currency threatened? Yep. So what is it doing? Buying and hoarding gold, and seriously looking at returning to the gold standard. See the CNBC report here: “Could Russia Back Its Currency With Gold?” The fact that it continues buying is a good sign that it could.

And, ironically, during the same period that oil prices have been falling, Russia, China, and India have been purchasing gold. They’re protecting their wealth and their currencies in this way because gold offers stability in rough times. And we’re definitely coming up on very rough times.