'This is a story of abuse': BBC airs interview with Virginia Giuffre, who says she was forced to have sex with Prince Andrew 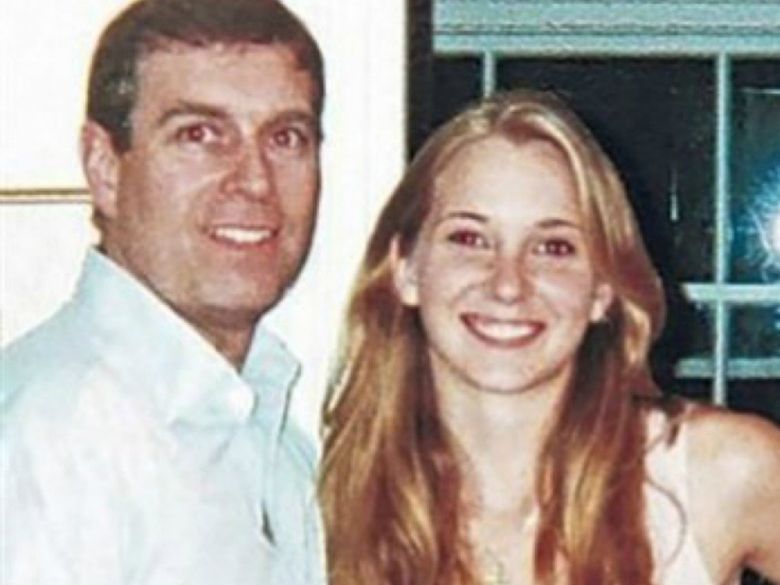 Just when the royal family thought things couldn’t get worse, the BBC aired an extended interview with Virginia Giuffre on Monday night.

Giuffre, who has accused the dead financier and sex offender Jeffrey Epstein of trafficking her for sex, has also said she was forced to have sex with Prince Andrew, whose friendship with Epstein has scandalized the royals in recent months.

In the undated photograph that most sharply defines Prince Andrew’s troubles, he can be seen with the young Giuffre and Ghislaine Maxwell, a mutual friend of both the prince and Epstein who has been described as Epstein’s “pimp.”

Epstein killed himself in a U.S. prison in August while awaiting trial on sex trafficking charges. But rather than distance himself from Maxwell, U.K. tabloid the Sun reports that Andrew and Maxwell have in recent months kept in almost constant contact.

In the interview broadcast on Monday, Giuffre said she was brought to London in 2001 by Epstein and taken to meet the prince, one of three occasions when she says she had sex with Andrew.

“He knows what happened. I know what happened, and there’s only one of us telling the truth, and I know that’s me,” Giuffre told BBC Panorama.

In response to excerpts of Giuffre’s interview that were released early, a Buckingham Palace spokeswoman said: “It is emphatically denied that The Duke of York had any form of sexual contact or relationship with Virginia Roberts (formerly Giuffre). Any claim to the contrary is false and without foundation.”

But the royals awaited the full release of the interview with trepidation.

“It’s fair to say everyone is nervously chewing their lips at Buckingham Palace to see what she (Giuffre) will say,” one source told U.K. tabloid the Sun ahead of the interview. “If people thought Newsnight was a disaster for the duke this is really going to put the cat amongst the pigeons. It is a fantastic programme and will cause ramifications.’’

In his appearance on Newsnight, Prince Andrew faced questions about allegations made by Giuffre, one of Epstein’s main accusers. In 2015, Giuffre said she was forced to have sex with Andrew in London, New York and on a private Caribbean island between 1999 and 2002, when she says Epstein kept her as a “sex slave.”

In her interview, Giuffre dismissed Andrew’s denials and gave details of a trip to London in 2001 when she said she was taken by Epstein to meet the prince. Giuffre said she was at one point taken to the Tramp nightclub in London by Epstein and Maxwell. Andrew asked her to dance, she said.

“He is the most hideous dancer I’ve ever seen in my life. I mean it was horrible and this guy was sweating all over me, like his sweat was like it was raining basically everywhere,” she said.

“I was just like grossed out from it but I knew I had to keep him happy because that’s what Jeffrey and Ghislaine expected from me.”

Andrew’s own interview drew criticism in the media, where many said his explanations were unsatisfactory, while lawyers for Epstein’s victims said the prince showed little sympathy for those abused.

He gave a series of explanations as to why Giuffre’s account was not true — excuses that were instantly ridiculed.

He said her account of meeting him sweating and dancing before having sex with him could not be true, noting that he suffered from a medical condition that stopped him perspiring.

He also said that on the night he was alleged to have met her he was at home with his family after visiting a Pizza Express restaurant in the commuter town of Woking with his daughter Beatrice.

He also told the BBC he had met Epstein in 1999 but it has emerged that his private secretary had written to the Times newspaper in 2011 saying they were introduced in the early 1990s.

Andrew also said he had stayed at Epstein’s home in New York after the financier had been convicted of Florida state prostitution charges because he was “too honourable” and wanted to break off their friendship in person.

But Giuffre hit back at the claims.

“The people on the inside are going to keep coming up with these ridiculous excuses. Like his arm was elongated or the photo was doctored, or he came to New York to break up with Jeffrey Epstein. I mean come on I’m calling BS on this, because that’s what it is,” she told the BBC.

As the story dominated news headlines for days and a slew of businesses distanced themselves from organizations and charities associated with the prince, he said he would step down from public life for the time being and speak to police about Epstein.

He said the controversy surrounding his “ill-judged” association with Epstein had caused major disruption to the royal family’s work.

“It has become clear to me over the last few days that the circumstances relating to my former association with Jeffrey Epstein has become a major disruption to my family’s work,” he said in a statement issued by Buckingham Palace.

“Therefore, I have asked Her Majesty if I may step back from public duties for the foreseeable future, and she has given her permission,” said Andrew, 59, whose official title is the Duke of York.

“Of course, I am willing to help any appropriate law enforcement agency with their investigations, if required.”

Now eighth-in-line to the throne, Andrew quit as Britain’s roving trade ambassador in 2011 after being lambasted for his links to the financier following Epstein’s jailing in 2008 for child sex offences.

“I continue to unequivocally regret my ill-judged association with Jeffrey Epstein,” Andrew said in his latest statement. “His suicide has left many unanswered questions, particularly for his victims, and I deeply sympathize with everyone who has been affected and wants some form of closure.”

As a young man, Andrew was one of the most popular royals, acclaimed by the British press for his active service as a helicopter pilot during the 1982 Falklands War and earning the nickname ”Randy Andy” for his courting of glamorous girlfriends.

A human-trafficking complaint was originally received by the Metropolitan Police in July 2015, concerning an individual brought to central London in March 2001. But the Met said Thursday that it wouldn’t be appropriate to investigate further because most of the case would be focused outside of the U.K.

At the time of the initial complaint, police interviewed the accuser and assessed other evidence before declining to open a full criminal investigation. The Met said that they had shared the information with other law enforcement organizations but had not received a formal request to help investigate.