Pentagon to Congress: Bush Is Wrong

The War Is Lost

The Pentagon's latest quarterly “progress” report to Congress on Iraq is a grim tale of a lost war. The Pentagon told Congress what Bush, Cheney, Rumsfeld, and propaganda organs such as Fox “News” never tell the American public, namely:
(1) The Sunni-based insurgency remains “potent and viable” despite spiraling Sunni-Shiite violence and beefed up US forces.
(2) Since the last report three months ago, Iraqi casualties from “sectarian clashes”--the Pentagon's euphemism for civil war--have soared by more than 50 percent.
(3) From May when the new Iraqi government was established until August, the average number of weekly attacks increased sharply to 800.
(4) Since the previous report, Iraqi daily casualties have jumped by 50 per cent from 80 per day to 120 per day. Currently, Iraqis are dying at the rate of 43,800 per year from violence.
The Iraqi government cowers behind the fortified walls of the “Green Zone.” On August 31, the Kurds in the north took down the Iraqi flag and replaced it with the Kurdish one. Most of Iraq is ruled by Shiite and Sunni militias. Conflict between them has forced 160,000 Iraqis to flee their homes.
Who is going to tell Bush that the war is lost?
Is Rumsfeld going to tell him?
Is Cheney going to tell him?
How can they tell him after all the bravado and false reports?
This is a delusional administration. Confronted with three major polls showing that two-thirds of Americans oppose the Iraq war, Bush declared that he is staying the course, demonstrating yet again his disdain for common sense and the will of the American people.
If Bush and his neoconservative cabal were judged by their performance they would be ridden out of town on a rail. If a court of law judged their actions, they would walk the plank.
Everything this moronic regime promised about a “cakewalk” war and the ease of pacifying Iraq and turning it into an American puppet democracy has turned to ashes in President Bush's mouth.
Having lost the Iraq war, the neoconservatives are determined to initiate war with Iran.
National security expert John Prados says, “The pattern of manipulation and misuse of intelligence that served the Bush administration in the drive to start a war with Iraq is being repeated today for its neighbor Iran.”
It is now established beyond a reasonable doubt that the neocons intentionally cooked up false intelligence in order to justify the invasion of Iraq, an invasion that has resulted in tens of thousands of Iraqi and American casualties, both dead and maimed.
Aggressive wars are themselves war crimes. To intentionally create a false basis for an aggressive war is an act of high treason.
Alarmed by the neoconservative drive to start a war with Iran before the US can extricate itself from the Iraq catastrophe, the CIA firmly declared that any Iranian nuclear weapon is a decade away. This undermines the neoconservatives' urgency to attack Iran now.
Neoconservative fanatics tried to discredit the CIA with a recent report by the House Intelligence Committee Republican staff written by neoconservative Frederick Fleitz, a protege of neocon heavyweight John Bolton, a person active in concocting the false case for war against Iraq. Fleitz alleges that the CIA is a know-nothing agency that lacks the ability to assess Iran's ability to make nuclear weapons.
Neocons also dismiss the findings of the International Atomic Energy Agency, which issued a report on August 31 reaffirming that there is no tangible proof that Iran's nuclear energy program has a military aspect.
The neoconservatives plan to plunge America into war with Iran before they can be held accountable for the lost war in Iraq.
This neoconservative conspiracy against the United States and Iran must be stopped. Neocons must be removed from the government that they have betrayed and held accountable for their crimes.
Before America can preach democracy to the world, we must first rescue American democracy from the Bush regime and re-establish government accountability to the people.
Paul Craig Roberts was Assistant Secretary of the Treasury in the Reagan administration. He was Associate Editor of the Wall Street Journal editorial page and Contributing Editor of National Review. He is coauthor of The Tyranny of Good Intentions.He can be reached at:
_ paulcraigroberts@yahoo.com 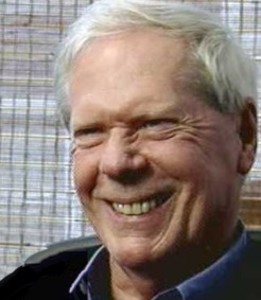 Paul Craig Roberts was Assistant Secretary of the Treasury in the Reagan administration. He was Associate Editor of the Wall Street Journal editorial page and Contributing Editor of National Review. He is coauthor of The Tyranny of Good Intentions.He can b...

Paul Craig Roberts was Assistant Secretary of the Treasury in the Reagan administration. He was Associate Editor of the Wall Street Journal editorial page and Contributing Editor of National Review. He is coauthor of The Tyranny of Good Intentions.He can be reached at: paulcraigroberts@yahoo.com