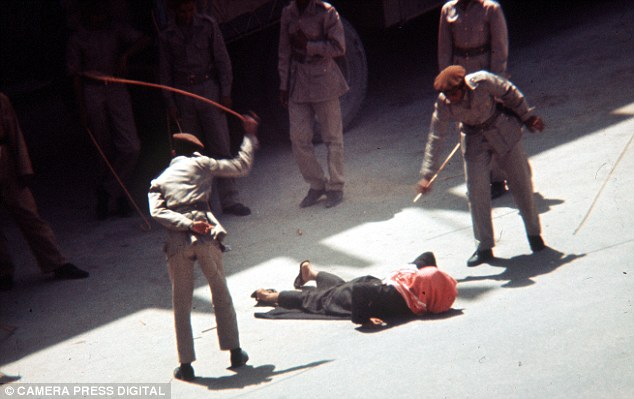 A Saudi Arabian blogger has been publicly flogged after being convicted of cybercrime and insulting Islam, reports say.

Raif Badawi, who was sentenced to 1,000 lashes and 10 years in jail, was flogged 50 times. The flogging will be carried out weekly, campaigners say.

Mr Badawi, the co-founder of a now banned website called the Liberal Saudi Network, was arrested in 2012.

Rights groups condemned his conviction and the US appealed for clemency.

On Thursday state department spokeswoman Jen Psaki urged the Saudi authorities to "cancel this brutal punishment" and to review his case.

In 2013 he was cleared of apostasy, which could have carried a death sentence.

Last year Mr Badawi's lawyer was sentenced to 15 years in prison after being found guilty of a range of offences in an anti-terrorism court, the Associated Press news agency reported.

The flogging took place outside a mosque in the Red Sea city of Jeddah after Friday prayers, witnesses said.

AFP news agency, quoting people at the scene, said Mr Badawi arrived at the mosque in a police car and had the charges read out to him in front of a crowd.

He was then made to stand with his back to onlookers and whipped, though he remained silent, the witnesses said.

The sentence was widely condemned by human rights groups.

"The flogging of Raif Badawi is a vicious act of cruelty which is prohibited under international law," said Said Boumedouha of Amnesty International.

"By ignoring international calls to cancel the flogging Saudi Arabia's authorities have demonstrated an abhorrent disregard for the most basic human rights principles."

Saudi Arabia enforces a strict version of Islamic law and does not tolerate political dissent. It has some of the highest social media usage rates in the region, and has cracked down on domestic online criticism, imposing harsh punishments.