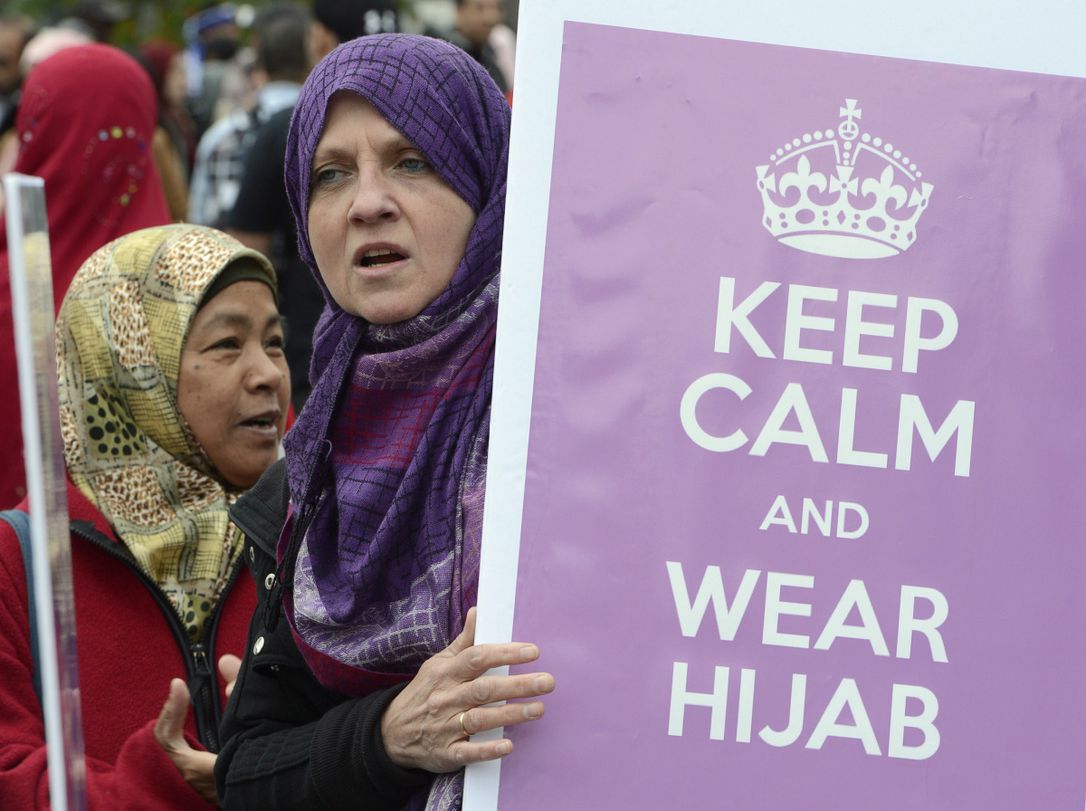 The new Quebec law that bans many public servants from wearing visible religious symbols has become a major issue in the federal election campaign.

This isn’t a Quebec-versus-the-rest-of-Canada conflict. This is the shires against the cities, old stock versus those who welcome newcomers, the Canada that was against what Canada is becoming.

This is a conflict on the rise, not the wane.

Mario Levesque, a political scientist at Mount Allison University, agrees that Bill 21, as the Quebec legislation was known before it came law, divides Quebec from the rest of Canada. But even more, he says, it divides rural Canada from urban Canada.

When it comes to accepting high levels of immigration and the racial and cultural diversity that follows, “I would almost limit that to some of the bigger cities,” he said in an interview. “In other parts of Canada, I think there is some support for Bill 21."

Erin Tolley, a political scientist at University of Toronto, points to research she and co-author Randy Besco conducted that shows about a third of Canadians oppose multiculturalism, a third support it, and a third are “conditional multiculturalists" who, as they wrote, “approve of immigration and ethnic diversity, but only under certain conditions" – the most important being that immigrants integrate fully into Canadian society.

“There is some difference between Quebec and the rest of Canada” on the question of embracing multiculturalism, Prof. Tolley said in an interview, “but it’s not as big a difference as you might think.”

Daniel Weinstock, a professor of political philosophy at McGill University, said that an important difference between Quebec and the rest of Canada “is that, in Quebec, politicians and pundits have been able to couch the law, fallaciously in my view, as being in continuity with Bill 101 [Quebec’s language law], as a defence of Quebec identity.”​​

But even without the veil of protecting French language and culture as an excuse, many Canadians object to minority religious and cultural practices. Prof. Tolley says that when Stephen Harper’s Conservatives vowed to ban the niqab – the full face and body covering worn by some Muslim women – at citizenship ceremonies, “many Canadians sided with the Conservatives.”

Prof. Levesque believes that more time may be needed for people in rural areas of Ontario, where he used to live, or the Maritimes, where he teaches now, "to learn about and welcome new arrivals, since they typically get so few of them.”

Although Maxime Bernier’s efforts to leverage voter discontent over multiculturalism with his new People’s Party have thus far gone nowhere, most political leaders are treating the Quebec law as though it were a new third rail.

Andrew Scheer says a Conservative government would not join the court challenge against the law. At this stage, neither would a Liberal government, Justin Trudeau said on Friday, although "we’re not going to close the door on intervening at a later date. “Intervention if necessary, but not necessarily intervention.

At Thursday night’s debate, Green Party Leader Elizabeth May hoped "that we can find a solution where we leave Quebec alone but we find jobs for anyone that Quebec has taken off their payroll.”

Only NDP Leader Jagmeet Singh stands firm against the law, which would prohibit him from being a teacher or judge in Quebec because he wears a turban. “It’s legislated discrimination, and it’s sad and it’s hurtful,” he said at the debate.

Prof. Weinstock profoundly objects to Quebec’s new law because it “asks vulnerable minorities to do something that they can only do at the cost of enormous symbolic harm to themselves,” by publicly abandoning religious symbols “that they see as central to their identities.”

Yet, despite the openly discriminatory nature of the legislation, Quebec Premier François Legault has warned federal politicians not to support the court challenge.

“I want them to stay out of it – forever," he told reporters earlier this week. "Not for the moment, but forever.”

No political fight is more useless than a culture war. Not a job is created, not a single child lifted out of poverty, not a jot of environmental progress made. It’s just Us and Them, with both sides the loser.

But there may be no escaping this fight, if enough voters in the future reject what Canada is becoming and demand the old one back.