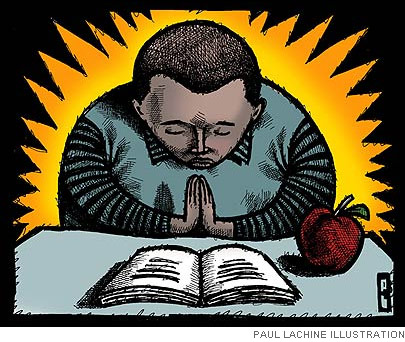 PRO: The issue has been studied, it is time to take action, Bernie Farber says
I am constantly amazed at how we have so little appreciation for history, despite its tendency to bite us on the backside.
Take the upcoming Ontario provincial election, for example. Many claim the issue of funding for faith-based schools is the quintessential dividing line between the parties. Arguments and counter-arguments pepper the news as though this debate has never before occurred. Journalists ask me probing questions on this subject as though it has never been discussed.
I can understand this from erstwhile young reporters, since many of them were barely out of diapers when, in 1984, the question of funding faith-based schools began in earnest. At that time, then-premier Bill Davis made two pivotal decisions: to extend funding of Roman Catholic separate schools through high school and to ask Dr. Bernard Shapiro, then the principal of OISE, to head a one-man commission looking at whether other faith-based schools should also receive public funding.
Shapiro diligently went about this provocative business. He met with more than 100 groups and individuals representing an array of public school groups, independent schools, the media, the Board of Trade, Ministry of Education officials, union leaders, faith leaders, ethnic groups, school board officials, and even senior citizens groups. No stone was left unturned in his exhaustive one-year study. Fittingly, on Halloween in 1985, Shapiro released his report, in essence calling for the government to fund faith-based schools by bringing them into the public education system as alternative schools.
There was a comprehensive set of guidelines and recommendations on exactly how to accomplish his plan, which would finally rectify Ontario's discriminatory education policy. And, appropriate to the day it was released, the report became like a ghost sitting on some government shelf. To this day, no provincial government has officially responded to the recommendations of the Shapiro report. In fact, it has faced complete silence – not a word from a single politician.
But that changed in December 1998. Dalton McGuinty, who two years earlier was surprisingly elected to lead the Liberal Party of Ontario, wanted to find a way to set himself apart from the usual humdrum politics of staid Ontario. So on Dec. 3 of that year, McGuinty, then the opposition leader, addressed the executive of the Canadian Jewish Congress Ontario Region. Joining him that evening were his legislative colleagues David Caplan, Mike Colle and Monte Kwinter.
McGuinty spoke of health care, safety in our streets and the blight of poverty. He was asked about the continuing unfairness faced by parents who send their children to Jewish day schools. What, the questioner wanted to know, was McGuinty's position on funding faith-based schools? A hush descended on the meeting room. Said McGuinty: "I have no ideological opposition to ensuring that public funds support Jewish day schools." Yes, he wanted to first reinvigorate public education, but he recognized the inherent "unfairness" in the present funding policy and was prepared to do something about it.
This was no flash in the pan. Over the next three years, McGuinty would continue to herald this position, as noted in an interview he gave to the Ottawa Citizen on June 1, 2001. When asked about whether he would provide funding for faith-based schools, he responded, "If we're looking at equity, yes, somewhere down the road. I would have all kinds of strings attached when it comes to public dollars."
He went on to explain, "The ideal here is equity with the Catholic system. Let's understand what that means. First of all, it means you shall admit any child of any faith. Number two, it means you must hire Ontario-certified teachers. Number three, you must participate in all standardized testing. Number four, you must be subject to all the usual inspections, qualifications and regulations to which all publicly funded schools are subject at the present time. That's what equity means."
McGuinty had it right in 2001. Funding for faith-based schools ought to be a matter of principle. It's an idea that started many years ago and has been promoted by politicians of all stripes. We already fund more than 650,000 students in Ontario's Catholic schools who are fully integrated into society when they leave those hallowed halls. All three parties at Queen's Park support that funding. We can use that experience and history of conclusions on the need for fairness to bring other faith-based schools into public education while ensuring full accountability and public confidence. In 21st-century Ontario, to do otherwise after decades of excusing unfairness is unacceptable.

CON: Social inclusion is better than fragmentation, Michael Fullan says
The recent years and decades in education have been marked by far too many stop and start experiments with some well-intentioned but poorly implemented reforms.
Now, at a time when we are finally on a pathway of focused and successful progress, it is critical that we put our faith in strong and effective public education informed by a vision that people of all faiths can be respected and accommodated in a single public system.
Social inclusion rather than fragmentation must guide our long-term view of change. This is not the time to divert attention and valuable resources – fiscal and human – from the progress underway.
The best school systems in the world focus on funding public schools to do what they do best – improve teaching and learning for all students. Years of disruption under the previous government harmed the public school system on just about every quality indicator imaginable.
Over the past four years we are finally back on track. Teachers and principals are now able to focus on student learning, their commitment is very high, and consequently results have improved substantially in literacy, mathematics, high-school student retention, increased teacher morale and more.
It takes a huge amount of energy for a large system to stay focused on its core work of enabling learning. Any time you have a structural change, especially one that carries with it emotional complexity, you divert money and energy away from this core. Therefore, any major structural change must be absolutely essential. The provincial Conservatives' plan to fund faith-based schools is a bad idea that takes us down a path that is contrary to a better society.
Our vision and policies in Canada generally, and Ontario specifically, should reflect our core values: social inclusion and an active respect for different cultures and religions, and allocating public money for public education, not private educational choices. These values are based on the principle of integrated diversity, not segmented inclusion.
Segmentation in the public school system does not draw us closer. Instead, what we need is a public school curriculum that encompasses the cultural and religious identities in society, and that cultivates mutual understanding of different cultures. This is the principle of integrated diversity.
I observe and work with many education systems around the world that are attempting major improvements. Those that base their efforts only on politically expedient structural solutions fail to make progress. Those that are succeeding put their efforts into the harder and more central task of staying focused on teaching and learning in the classroom. Implementing faith-based funding will come at the expense of the system as a whole – the costs in time and energy will be enormous.
It is vastly better to use our resources for the benefit of the 2 million students in the public school system than to introduce funding for the 50,000 students in private schools. Parents who wish to send their children to private schools have every right to do so, but not at public expense.
As for the funding of the Catholic school system, this is a matter of constitutional inheritance, approved by all political parties decades ago. If we were creating a public school system in 2007, it is very unlikely that we would do other than establish a single system in which diversity and respect would be accommodated.
But we have what we have and going back to the future doing more segmented funding and using an anachronistic assumption is pure folly.
This would be the worst time to get sidetracked. We are making progress with so many schools doing better, but there is much more to do in improving literacy and mathematics – raising the bar and reducing the gap among groups, doing better for disabled children, second language students and gender issues – tackling high school reform and the alienation of youth, and the major unfinished business of ensuring the best possible start by developing and integrating early childhood learning and child care with neighbourhood schools.
In the longer run, let's imagine schools and curriculum opportunities that allow for a variety of different religious and cultural studies where students can learn to respect first-hand the personal choices that inform the diverse lives of Canadians – Canadians who choose to live together in a deeper and more active respect rather than the more passive tolerance that increasingly is evident.
Now is the time to stay the course recently established, and to link these efforts to a longer-term vision. Our students deserve no less. Society needs no less.