Premiers' demands on C-69, C-48 bills are an 'unhelpful' threat to unity: Morneau 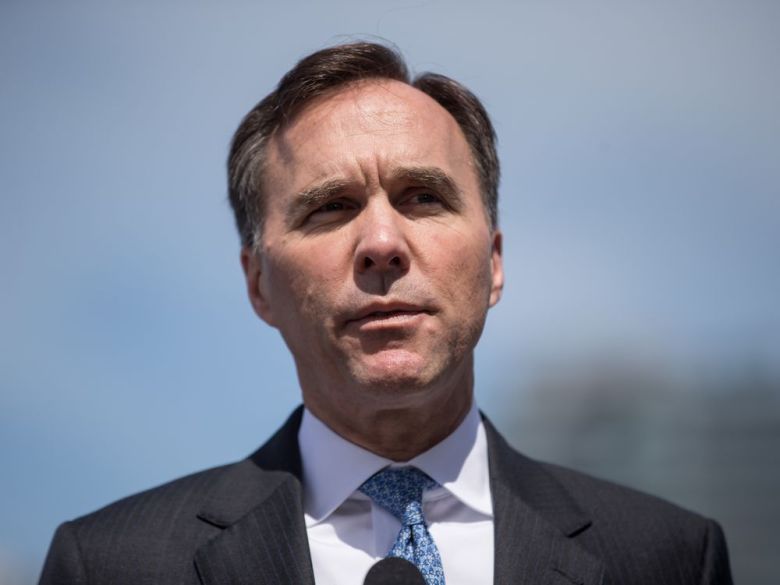 The premiers of Ontario, Alberta, Saskatchewan, Manitoba, New Brunswick and the Northwest Territories wrote to the prime minister Monday urging him to amend or abandon bills restricting tanker traffic on part of B.C.’s coast and overhauling the federal environmental-assessment system for major construction projects.

The premiers said changes to the bills are needed to “avoid further alienating provinces” and “focus on uniting the country.”

“It’s absolutely irresponsible for conservative premiers to be threatening our national unity if they don’t get their way,” Trudeau said earlier this week.

The liberals appeared to be doubling down on the attack, with the written response from Morneau saying the changes the premiers want would compromise Canadians’ health and jobs, infringe Indigenous people’s rights and harm endangered species.

Meanwhile, Environment Minister Catherine McKenna is hinting that the upcoming Liberal election platform will promise deeper cuts to greenhouse-gas emissions, including the possibility of legislating targets.

McKenna says her focus for now remains on Canada’s current targets — to cut emissions so they are no more than 70 per cent what they were in 2005 by 2030 — and implementing the policies the Liberal government has already put forward, including carbon pricing, phasing out coal and a standard for clean fuel.

But she noted there is a federal election coming up and an entire platform from the Liberals to come.

“We all know we need to get to a better place,” she said. “We need to do more like the whole world needs to do more.”

Some parts of the world are doing more.

New Zealand introduced legislation in early May to get emissions by 2050 to “net zero” — where emissions produced are offset entirely by greenhouse gases consumed by plants and trees or captured and stored using technology. Britain’s Prime Minister Theresa May is making “net zero by 2050” legislation one of her final acts as her country’s leader, introducing a bill on June 12 to set legally binding targets. France is working on similar legislation.

Putting such targets into law might have little practical effect but it can be a symbol of how seriously a government takes a problem. Such a law can also require periodic reports from ministers and departments on what they’re doing to achieve particular goals and how much difference it’s making.

Last fall, the government acknowledged projections that its existing policies will get Canada only a little more than halfway to its emissions target.

McKenna believes Canada will get there all the same, as Canadians adopt technology like electric cars and once investments in public transit and other innovative solutions are taken into account.

But next week the Liberals are to decide whether to approve the Trans Mountain pipeline expansion for a second time. An expanded pipeline carrying more Alberta bitumen to the West Coast could see emissions from the oilsands go up another 10 million tonnes. Meeting the national emissions target would require even more cuts to come from other sectors.

The Liberals are under immense pressure to finally prove their long-standing claim that the environment can be protected while still developing Canada’s natural resources, a claim their opponents on both sides of the spectrum argue is bogus.

Conservative leader Andrew Scheer — who is to unveil his much-anticipated climate plan June 19 — hasn’t yet said how he will meet Canada’s existing emissions targets, and has been somewhat coy about whether he intends to meet them at all.

But pressure on McKenna to toughen the emissions target isn’t just coming from outside her party.

Toronto Liberal MP Nathaniel Erskine-Smith introduced a private-members bill on June 5 that would enshrine in legislation a goal to get Canada to zero net emissions by 2050.

Erskine-Smith knows his bill will never see the light of debate, introduced as it was in the waning days of this Parliament, but he’s hoping to draw attention to the need for Canada to do a lot more than it’s doing to keep the planet from warming catastrophically.

“We have made some meaningful progress but to meet our international, generational and moral obligations to tackle climate change we need greater ambition,” he said. “I hope to see this in our platform going forward. In the end I hope to see it in all parties’ platforms.”