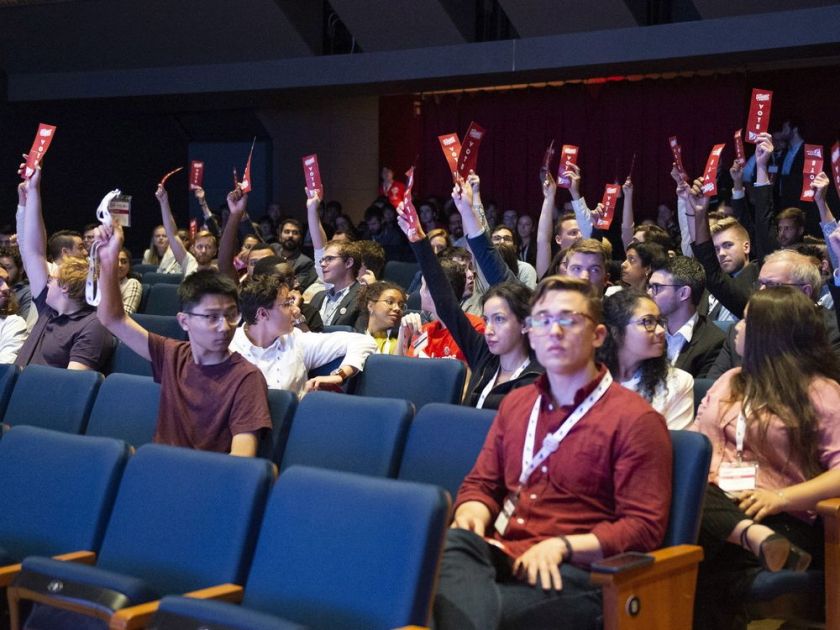 The Quebec Liberal Party is in the midst of an identity crisis. About 150 years into its existence, the party finds itself in the very unfamiliar position of being out of power and largely out of favour with the province’s electorate — it has been left bobbing in the deep blue wake of Premier François Legault’s Coalition Avenir Quebec. So the Quebec Liberals appear to have staked their future in targeting the gut-level issues of identity and cultural insecurity. In so doing, Quebec’s de facto multicultural party is distancing itself from the very concept, and the consequences are both huge and unfortunate for the province as a whole.

Last weekend, the Liberal Party’s youth wing voted in favour of the adoption of a law on interculturalism. For those of you rushing to the nearest dictionary, don’t bother; the term is obscure in origin and application. Essentially, it’s a contract between Quebec society and its new arrivals, in which integration happens by way of a common language (French) and culture. Apparently, it’s official Quebec policy, though when I asked in 2011, no one could tell me for how long. “It’s been like that for a number of years, I think,” a spokesperson told me at the time. The word barely appears on the government’s website and is rarely uttered by its ministers.

But the definition of the term isn’t nearly as important as the context in which the Liberals are suddenly pushing it. Quebec’s Liberal Party has long been the parking lot of choice for the anglophone and allophone vote. Though this has given the party a long and enviable advantage in Montreal and its immediate environs, this sizeable voting bloc was a millstone for the party in the last election. The CAQ savaged the Liberals for being too English, too urbane, too out of touch and too … multicultural.

The CAQ’s trope, shabbily hidden behind these code words, is simple enough: that recent arrivals to Quebec don’t assimilate, are ambivalent or worse toward the French language, and are as such a detriment to the future of the Québécois nation. It worked like hell, and now the Liberals want in.

Granted, it isn’t the first time the party has been late to the identity game. In 1974, in an attempt to stave off a surging Parti Québécois, the Liberals introduced Bill 22, which made French the official language of government and the workplace. The party was at first fervently against Bill 101, the Parti Québécois’s ensuing (and far more restrictive) language law before coming out in its favour.

But there is a massive difference between Quebec’s language laws and the CAQ’s more recent legislation targeting immigrants and religious minorities. Bill 22 and Bill 101, the latter of which has thankfully been law for over four decades, addressed a quantifiable problem concerning the French language. Namely, without legislation buttressing its precarious existence in Quebec’s classrooms and workplaces, French would disappear. Conversely, the alleged non-integration of recent arrivals to Quebec is an unsubstantiated fear — a “crisis of perception” largely conjured by certain members of the political and media classes eager for a wedge issue to exploit. In fact, and contrary to this fear, Quebec’s language laws have ensured that successive waves of immigrants are schooled in French. Interculturalism had exactly nothing to do with any of this.

Its interculturalism gambit is the Liberal Party’s attempt to ingratiate itself with the white francophone majority by appealing to its baser fears. Even sadder: I doubt the party will suffer one iota because of it. This province’s immigrants, allophones and English types, long supporters of the Quebec Liberal Party out of conviction or convenience, have no one else to vote for. They are a captive audience, for better and now for worse.

Martin Patriquin: EMSB flip-flop on Bill 21 is a poor omen