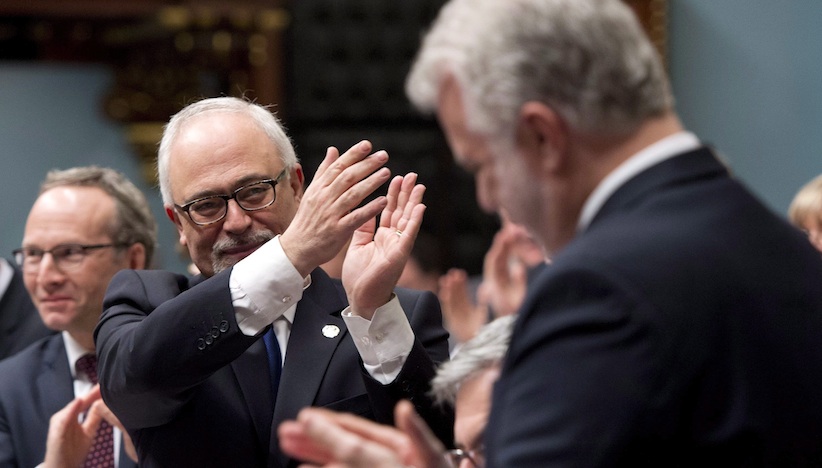 I love a campaign. Le Devoir went big this weekend with a strap across the top of Page A1 and three pages inside to explain that this fellow Philippe Couillard, well, he’s just not like his predecessors. He cuts spending. It’s … it’s just not Québécois.

“One year after taking power in Quebec, Premier Philippe Couillard seems to be succeeding where two of his predecessors failed,” Jessica Nadeau and Marco Fortier write. “Robert Bourassa and Jean Charest had tried, in vain, to ‘reinvent the state.’ ”

You see, Liberals (the relative right wing in Quebec, compared to the only other party that’s held power in the past 45 years, the Parti Québécois) cut spending over the years. But no Liberal has cut spending the way Couillard’s finance minister, Carlos Leitao, did with his March 26 budget. Sure, Bourassa’s advisers proposed “almost a chainsaw massacre” in the 1980s to implement reforms “inspired by Margaret Thatcher and Ronald Reagan.” But Bourassa flinched. Sure, Charest was “inspired by Mike Harris” who “took an axe to the public service” in the late ’90s (here one notes Le Devoir‘s fondness for blood-soaked prose), but Charest flinched too.

But Couillard, ah, he’s made of stronger stuff. Break out the chainsaw and the axe! Couillard has “a pit bull,” treasury-board president Martin Coiteux, who’s “ready to bite.” To discuss the significance of all this, our intrepid reporters telephoned a UQAM prof who was freshly arrived from a street protest against the Couillard government when the interview happened. “Did we vote for this? No we didn’t,” Alain-G Gagnon tells them. “The Liberals are doing the opposite of what they promised.”

The evidence? Health and education spending this year in Quebec will rise by only 2.7 per cent and 1.9 per cent. “When you consider inflation, it’s almost a budget freeze,” the reporters write.

This has been a theme in Le Devoir‘s coverage of the Couillard government’s budget. “A draconian regime imposed on the health and education sectors, never before seen,” Robert Dutrisac, the paper’s lead political reporter, wrote on A1 the morning after the budget. Never before. The increases of 2.7 per cent for health and 1.9 per cent for education are for the year that just ended, 2014-15. For 2015-16 it’s 1.4 per cent and 0.2 per cent (“starvation”), he notes. The paper’s publisher, Bernard Descôteaux, writes in a lead editorial that the events of the last year have revealed “a premier different from his predecessors.”

Actually, it depends which predecessors.

Contrast with Tableau 2.15 from the 1999-2000 budget of Lucien Bouchard’s PQ government. You may remember Bouchard, as he was Quebec’s premier for five times as long as Philippe Couillard has been. His finance minister was Bernard Landry, who succeeded him as premier. His education minister for the first part of this period, and his health minister for the second, was Pauline Marois, who went on to be premier from 2012-14. Among them these people governed Quebec for nearly a decade, but good luck finding any mention of their record in Le Devoir during the past 10 days.

Good thing I’m here to say, “Moi, je me souviens.” In the Bouchard years, the education budget went through three consecutive years of real cuts — not small increases you could turn into cuts with a bit of repertorial elbow grease and an interview with a striking UQAM prof. By the time those cuts were done, in 1998-99, the education budget was 10 per cent smaller than when they began, in 1995-96.

And health? Three consecutive years of real cuts, followed by an election-eve gift of anemic growth that still left health spending lower than it was when Bouchard started. The gap between health spending in 1994-95, when Jacques Parizeau was premier, and its low under Bouchard in 1997-98 was $436 million, a 3.3 per cent cut.

Couillard, we read in the leading paper of Quebec intellectuals, has the courage to do what Robert “Chainsaw Massacre” Bourassa and Jean “the Axe” Charest never did, thanks to his “pit bull” treasury-board president who’s willing to force “starvation” in pursuit of the “never before seen.” Because Couillard is “different from his predecessors.” And the budgets Landry wrote for Bouchard so Marois could preside over historic cuts in the Quebec government’s two biggest departments? Not a word, from any of three reporters or the publisher, over 10 days of coverage.

It’s fair to say Couillard’s spending plans in health and education break his 2014 election promises for higher rates of spending growth. They do. It’s fair to debate the wisdom of spending restraint in general. But it’s less fair to invent a past that didn’t exist, or erase one that did, because arguing your point on its actual merits would be too much of a pain.

Le Devoir, you see, is on campaign against the government of Philippe Couillard. The paper’s reporters are diverse in background and outlook, and most of them are superb. I subscribe and almost always enjoy reading it. But Le Devoir is against Couillard and it is not going to let the facts get in the way. That’s why the word “austérité,” a word that appears nowhere in the voluminous March 26 budget document but has become the paper’s buzzword for cold, heartless budget cutting, appeared 315 times in Le Devoir between Jan. 1 and April 1 of 2015. In the same period of 1998, at the height of the Bouchard budget cuts, “austérité” appeared in Le Devoir 18 times.

We all get stuff wrong. Sometimes easy stuff. The question is what you do when you get called on your mistakes. A few months ago I announced that next year’s U.S. presidential election will be the first since 2000 without an incumbent president running for one of the parties. That was wrong. Barack Obama beat John McCain in 2008 and neither of them was an incumbent. But, informed of my error, we fixed it in our online editions and I will take care not to repeat the mistake again.

What will Le Devoir do now? 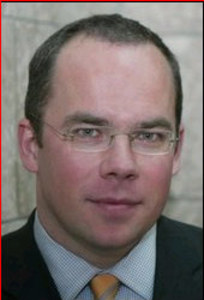