Hong Kong is fighting for the right to remain Hong Kong 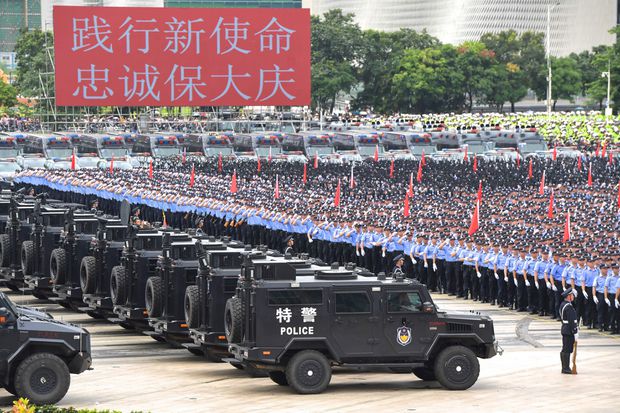 For some people looking on from a distance, the unending protests in Hong Kong must seem like overkill. After all, the spark that started them – a bill that opened the door for Hongkongers to be extradited to mainland China to face criminal charges – has been shelved by the government, and Hong Kong’s Chief Executive, Carrie Lam, has apologized for introducing it.

So why do the protests, which started in June and last weekend reached a peak with an unprecedented general strike, keep growing?

After all, by pushing the Hong Kong government to its limits, the protesters are risking the wrath of Beijing. On Wednesday, a top Chinese official darkly warned that the two months of unrest qualified as the most serious crisis Hong Kong has faced since 1997, when the British transferred the territory to China after 155 years of colonial rule.

And on Tuesday, 12,000 Chinese police in Shenzhen, just north of Hong Kong, took part in violent “anti-mob” drills that were seen as a warning to the protesters.

Wouldn’t the protesters be better off accepting the suspension of the extradition law, which was a humiliating defeat for China and for Ms. Lam, and move on?

Clearly, people in the semi-autonomous Chinese territory think otherwise. And for good reason.

Hong Kong’s 7.5-million residents – of whom at least 300,000 are Canadian – have seen Beijing slowly pick off the freedoms and rights supposedly guaranteed to them in the 1997 transfer.

Under the “one country, two systems" arrangement agreed to by China, Hong Kong was to continue as largely independent and self-governing, and see its way of life “remain unchanged” for at least 50 years, until 2047.

Beijing has honoured its commitment, up to a point. Hong Kong is a bustling international hub, with residents from all over the globe and the world’s fifth-largest stock exchange. Its media and internet are uncensored, its common-law courts remain independent, and it even has an elected legislature. You wouldn’t mistake it for mainland China.

At the same time, Beijing has gradually undermined Hong Kong’s freedoms and its independence.

Most notably, the territory’s leader is an unelected Beijing loyalist. The chief executive is voted on by a 1,200-member “election committee” stacked with business and party elites, and candidates for the job must show “love” for China.

Demands for universal suffrage boiled over into massive demonstrations in 2014 that shut down the city centre. Those protests died out, though, with little to show for them.

And then the extradition law came up this year. It is widely seen as a tool for Beijing to reach over the border and disappear any troublesome resident into the lawless maw of China’s party-controlled courts. It would mark the end of the rule of law in Hong Kong.

This time, the protesters aren’t letting up. They want the extradition bill killed, not just shelved. They also want Ms. Lam to resign, and are demanding investigations into police brutality. And they want a real democracy.

Hongkongers are fed up with a government that, under the 1997 agreement, is supposed to represent their wishes and not the diktats of the Communist Party of China. And they know from their experience in 2014 that nothing will change unless they stick to their guns.

For now, they have a small advantage they can press. Though it has threatened to step in, Beijing is hesitant to take so irreversible a step. Doing to would be an utter violation of the agreement with Britain, and the resulting brutality would echo Tiananmen Square.

As well, Beijing is reluctant to get caught with its billy clubs out in a highly visible international financial centre – one that it relies on for buying and selling its currency, and where its banks and companies raise capital. International investors, as well as many residents, would flee if the Communist Party usurped the local police and courts.

That doesn’t mean Beijing is beyond such a poorly advised act. Hong Kong is testing the patience of a thin-skinned regime that bridles at even the mildest show of rebellion.

That’s why democratic countries, Canada included, need to loudly support Hongkongers’ right to protest their government and urge restraint on the part of Beijing.

To do otherwise is to invite a calamity whose consequences are too frightening to imagine.