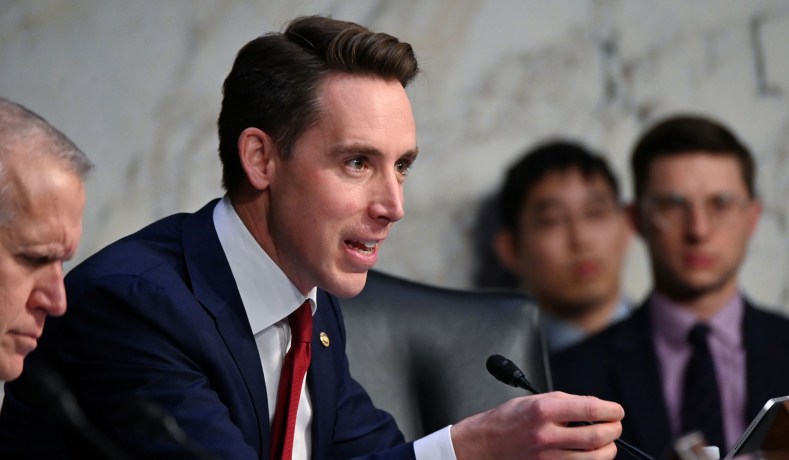 The "Limiting Section 230 Immunity to Good Samaritans Act," will force tech companies like Facebook, Twitter and Alphabet to bind themselves to "good faith" standards of impartiality outlined as follows:

Notably, Hawley is joined by Marco Rubio, Tom Cotton and Mike Braun. If passed, the bill would allow the Federalist and Zero Hedge to sue Google for unequal treatment.

Today I’m introducing new legislation to combat #BigTech censorship. It gives users the right to sue if the big platforms enforce their terms unfairly or unequally. Proud to be joined by ⁦@marcorubio⁩ ⁦@SenTomCotton ⁦@SenatorBraun⁩ https://www.axios.com/hawley-unveils-bill-targeting-big-techs-shield-b225c52b-35e2-4392-b11a-afda6357e35f.html …

GOP senator's bill would give consumers grounds to sue over accusations of online censorship.

2,100 people are talking about this

My new legislation would empower ⁦@FDRLST⁩ to sue ⁦@Google⁩ for unequal treatment & violation of Google’s own terms of service. It’s time to require the monopoly tech companies to act with good faith, not bad faith censorship https://www.nationalreview.com/2020/06/the-federalist-caper/ …

We have been sounding the alarm about the illiberalism of the Left for years, but the current nadir is surprising even to us.

384 people are talking about this

Other conservatives weighed in, including Meghan McCain.

Really grateful to you Senator and (@SenTomCotton @marcorubio) for introducing legislation to stop Silicon Valley censorship. The fact @Google thinks they can deplatform publications because they don’t agree with their politics is petrifying & dangerous to all Americans. https://twitter.com/hawleymo/status/1273225246334738432 …

Today I’m introducing new legislation to combat #BigTech censorship. It gives users the right to sue if the big platforms enforce their terms unfairly or unequally. Proud to be joined by ⁦@marcorubio⁩ ⁦@SenTomCotton ⁦@SenatorBraun⁩ https://www.axios.com/hawley-unveils-bill-targeting-big-techs-shield-b225c52b-35e2-4392-b11a-afda6357e35f.html …

820 people are talking about this

Finally, during last night's show, Tucker Carlson delivered a scathing indictment of Google, which controls 70% of online advertising. "When you're in the news business, you obey Google...in all of human history, no entity has had more unchecked power over free speech than Google.

"If you're worried about the concentration of power in the hands of a few unaccountable actors, and you very much should be, nobody has more unchecked power than Google does." 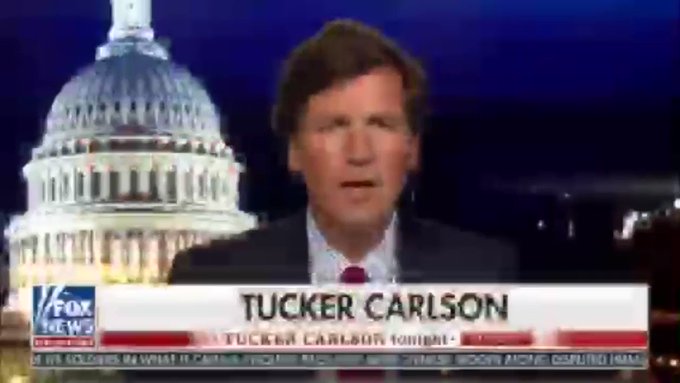 3,784 people are talking about this

If you're worried about the concentration of power in the hands of an elite few, you should be worried about Google, especially when it enjoys Section 230 protections that organizations, like Zero Hedge, do not.

The DoJ just escalated its burgeoning feud with Silicon Valley by introducing a new legislative plan meant to make certain changes proposed in a Trump executive order signed late last month permanent - including a measure to strip tech giants of "liability shields" for activity and speech that happens on their platforms.

In effect, the DoJ proposal would rollback protections centered in Section 230 of the Communications Decency Act of 1996, something that's gaining bipartisan support (albeit for vastly different reasons).

NEVER MISS THE NEWS THAT MATTERS MOST

ZEROHEDGE DIRECTLY TO YOUR INBOX 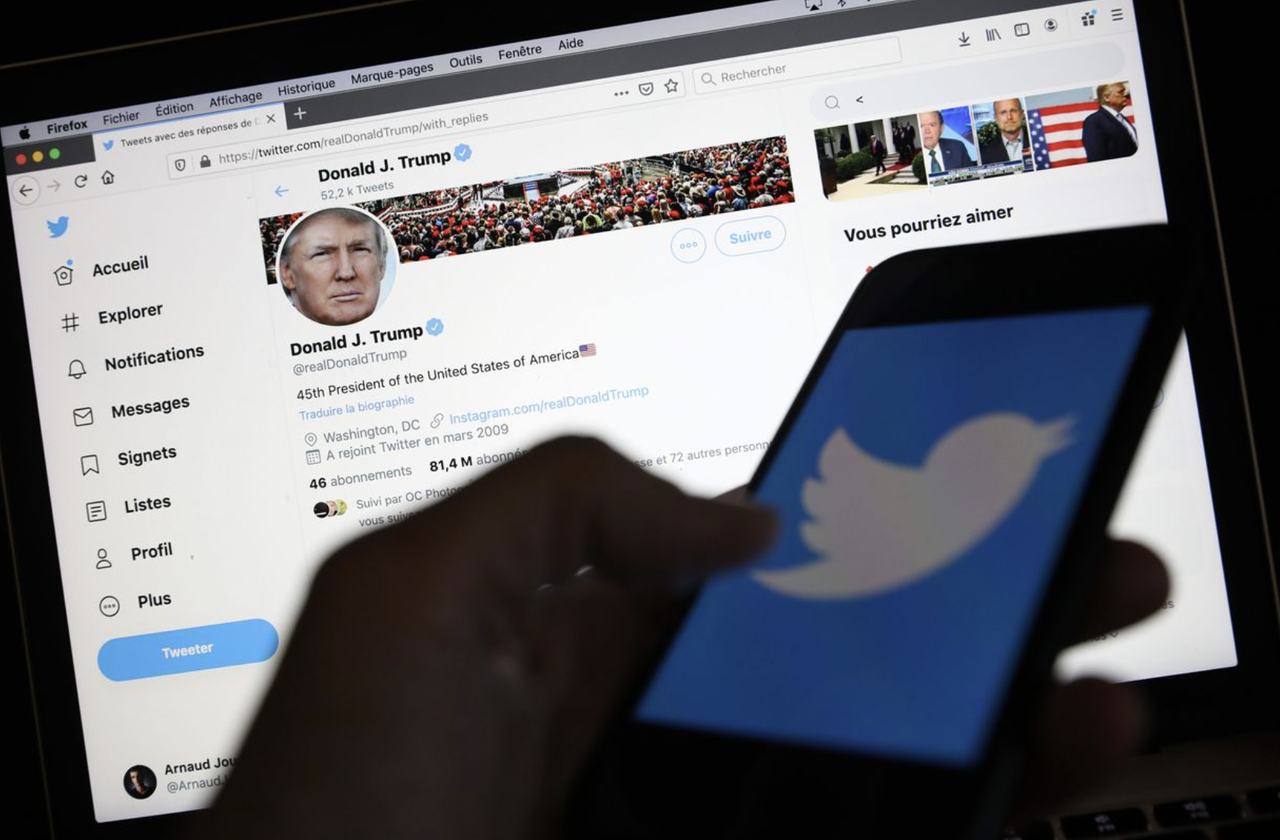 The proposal calls for the rolling back of legal protections that online platforms have enjoyed for more than 20 years to try and make tech companies more responsible in how they police their content, CNET reports. The proposed reforms, to be announced later on Wednesday, are designed to require social media platforms like Twitter, Facebook or YouTube (owned by Google parent Alphabet) to be more active in policing sites for illicit or harmful content, while also requiring them to be more consistent in decisions to remove content they find objectionable.

If adopted by Congress and passed, the bill would effectively make some of the changes outlined in an executive order signed by Trump late last month the law of the land: It would rollback protections for these digital 'platforms' that engage in active political censorship of users on said platforms.Because of this, it represents a serious escalation of the Trump Administration's fight against Big Tech, which President Trump has long criticized for discriminating against conservatives and their ideas.

The new framework might gain more traction on capital hill, particularly after the events of yesterday, when a journalist-activist employed by NBC News published a story claiming that the "far-right" websites Zero Hedge and the Federalist (two sites that have both been described as about as conservative as the Drudge Report) were recently demonetized by Google. Shortly after, Google clarified that it was working with the two publishers to rein in hate speech in comment sections.

Furthermore, Jonathan Turley, a law professor at GW who often writes on free speech issues, criticized an NBC News report on the "de-monetization" (later denied by Google) of Zero Hedge and the Federalist) and argued that Google's actions support the DOJ legislative proposal and the Trump Administration's incipient anti-trust effort.

As we discussed earlier in regards to Twitter, Google seems to be making the case for not only pushing forward with anti-trust inquiries but stripping it and other companies of immunity protections. Indeed, the Justice Department just announced that it is moving forward with proposals to strip away protections.  Google and other companies were given protections under Section 320 because it has claimed to being a neutral supplier of virtual space for people to speak with one another.  It is now effectively shutting down sites because they allow others to comment freely on their sites.  This biased targeting of sites has led to congressional objections and renewed threats to amend the federal law.  Indeed, Google is undermining the support with some of us who viewed protections are fostering free speech values.  It is now using its role to stifle and regulate speech, the very antithesis of not just free speech but the federal protections.

The White House has made it abundantly clear that it won't tolerate social media platforms continuing to censor and de-monetize conservative speech while ignoring similar behavior by radical leftists. If these platforms want to continue to 'curate' the information and speech found therein, then they should be treated more like a publisher than a platform.