When it comes to intercultural relations and health care in Quebec, all the news is bad – or so it seems.
In the coming weeks, these two topics will remain at centre stage in Quebec. In its final stages, the ill-starred commission on reasonable accommodation hopes to redeem itself – and Quebecers – as it holds hearings in what will hopefully be a more level-headed discussion closer to Montreal.
Meanwhile, the report of the working committee on health-care financing will be published in early December and is expected to recommend a few reasonable accommodations of its own – between public and private health care, that is.
The debate about reasonable accommodation has brought out much of the dark side of the difficulties of cultural integration in Quebec, and indeed across the country. Just as in the debate about health-care reform, it seems that only the bad news makes the headlines.
In both cases, however, there are countless examples of good news that may go unnoticed but are no less pertinent to these debates.
This past week, the Bouchard-Taylor Commission held hearings in the Côte-des-Neiges district of Montréal. A real-life haven for immigrants, this area is home to an established anglophone and francophone population, and a large concentration of new Quebecers, including very recent immigrants and refugees, which makes it one of the most – if not the most – multicultural area of Quebec, and perhaps one of the most eclectic in Canada as well.
An important part of community life in Côte-des-Neiges is the agglomeration of health-care facilities through a network of community care in the newly reorganized centre for public health and social services, the expanding Jewish General Hospital, and the first not-for-profit providers of health care in the city, the Herzl Family Practice Centre.
Originally established in 1912, and named for Theodor Herzl, the founder of modern Zionism, the clinic operated in the Montreal dockyards as a voluntary relief dispensary for Jewish families from Eastern Europe. It was one of the first such organizations of its kind, offering health and charitable services funded by the Jewish community. Over the years it moved west through the city with the community, finally settling next door to the Jewish General Hospital where it became part of the teaching facilities of the hospital affiliated with McGill's faculty of medicine.
The Herzl centre now offers primary care to thousands of residents in Côte-des-Neiges. Squeezed by the increased numbers of patients and the shortage of family practice physicians, and trying to adapt to the reorganization of primary care networks in Quebec, the clinic has made some important changes.
The first has been to move into a new locale that has dramatically improved employee morale and patient comfort. As it turns out, this beacon of Jewish life in Montreal has moved into a former Grey Nuns convent. A huge crucifix dominates the roofline of the massive heritage building. The brick and marble façade, light-filled windows, and polished wood floors evoke the solidity found in French Catholic institutions across Quebec.
And yet the majority of patients who frequent the Herzl clinic are neither Jewish nor Catholic. They are part of a clientele that includes more than 80 nationalities, 70 languages, and a dozen different religions.
This multicultural clientele has recently become the focus of new efforts to systematically incorporate patient input into the evaluation of care and in eliciting suggestions to improve the clinic's organization. The centre's director, Michael Malus, in the throes of adapting the organization to the large-scale overhaul of primary care services in Quebec, has found that the patient's voice is the missing – but essential – link in the eventual success of such initiatives.
You can imagine how challenging it would be to elicit such input in this diverse environment. And yet, in sharp contrast to the hysteria making headlines, residents of all faiths and languages are trying to engage in a collective exercise focused on their common needs, and the kinds of services available to accommodate their differences.
That's good news.
Of course, the media are still much more likely to cover plane crashes than perfect landings, but that doesn't mean all is wrong with air travel.
Similarly, we should not jump to the conclusion that all is wrong with either publicly funded health care or intercultural relations in Quebec.
This real-life example of reasonable accommodation shows that good things can be accomplished by people of good faith, even if they are of vastly different faiths. And that the public health-care system has the potential to reform itself to accommodate diversity – economic, social, cultural – of all kinds as well.
- source 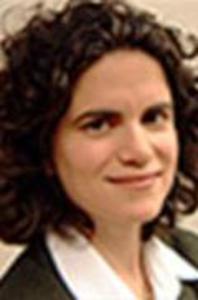