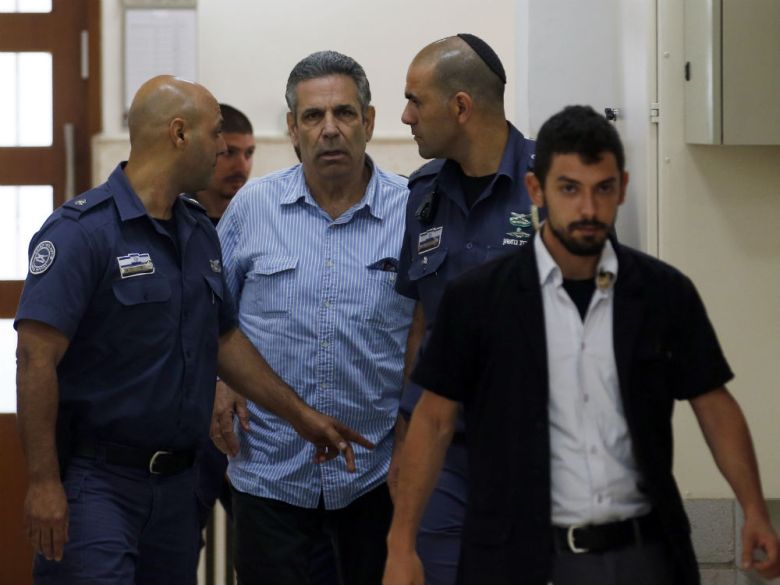 A former Israeli cabinet minister once jailed on drug-smuggling charges has now been convicted of spying for arch-foe Iran.

Under a plea bargain, Gonen Segev was sentenced to 11 years in prison for espionage and relaying information to the enemy, the Justice Ministry said. A court hearing to approve the sentencing will take place on Feb. 11. The remaining details of the case are under gag order, the ministry said.

Segev, who served as energy and infrastructure minister more than two decades ago, was arrested in May and charged in June with espionage and abetting the enemy in wartime, the Shin Bet internal security service said at the time. He was accused of providing Iran with information on Israel’s energy industry and security sites, as well as political and defense officials, it said.

Under the plea deal, the case against Segev underwent “massive” alterations, including changes to facts and charges faced, his attorneys said on Wednesday.

“Although Mr. Segev did have contact with the Iranians, his motive wasn’t to ‘abet the enemy in wartime’ (treason). That is the reason that charge was removed from the amended indictment,” lawyers Eli Zohar and Moshe Mazor said in an emailed statement.

In recent years Segev lived in Nigeria, where he first made contact with the Iranian Embassy in 2012, according to the Shin Bet. The ex-minister met with his handlers twice in Iran and later in other countries, and they gave him a system for encrypting messages, the agency said.

Israel regards Iran as its bitterest enemy because of its nuclear work, its ballistic missile program and its support for other enemies of the Jewish state. Iranian officials have referred multiple times to Israel’s annihilation.