Pity poor Henri-Paul Rousseau who bailed out of the Caisse de depot et placement du Quebec just before the you-know-what hit the fans (sic) in La Belle Province.
He told ranking members of Quebec Inc. yesterday in Montreal, and the great unwashed Quebec public by television, that nothing was his fault. He said he did not leave the Caisse in the summer, just months into his second five-year contract, because the you-know-what was about to hit.
(An interesting project for Quebec’s French-language press would be to see what transactions and relationships Mr. Rousseau’s former employer, the Caisse, had with his new employer and Desmarais-controlled Power Corporation. Most of the French-language newspapers are exempted from this project because of conflicts. They are owned by the Desmarais family. But I digress.)

Mr. Rousseau made the same rigorous defense that has characterized all the architects of the failure of the world’s financial institutions from the I-didn’t-do-anything-wrong John Thain, of Merrill Lynch infamy, to the rules-shouldn’t-apply-to-us gang on Wall Street.
They think the writedown rules on asset-backed paper, real estate, currencies and stock markets should be revised so we can all pretend that prices haven’t collapsed. That’s like asking authorities to revise all our dates of birth so we can all pretend we are younger than we are.
Wah?
All this whining leaves me wondering just who was in charge of the Caisse de depot’s operations when Mr. Rousseau was in charge?

Who is to blame for its 25% catastrophic losses if not those who were paid lots of money, and even got generous performance bonuses, like Mr. Rousseau? Wasn’t he and the others supposed to steer the Caisse around the shoals of financial markets?
More questions remain
A reader suggests that provincial authorities and others look at the Caisse and the asset-backed paper fiasco that caused billions in writedowns for the pension giant.
Seems the Caisse was not a victim of this market so much as an eager participant and pioneer in the peddling of this stuff.

On October 23, 2006, my colleague Barry Critchley wrote about the IPO of Coventree Capital Group Inc., a firm at the center of the asset-backed paper industry.
“The prospectus indicates that Coventree's largest shareholder, Quebec's Caisse de depot et placement du Quebec, will be the biggest seller in the IPO. The Caisse owns 4.817 million shares (or a 28.96% stake) and plans to sell 3.155 million shares. If things work out, the Caisse, which is selling 83.2% of the shares on offer, will end up with 1.661 million shares, or a 9.99% stake in the publicly listed Coventree,” he wrote.
The reader added that the Caisse was a willing partner from inception then benefited from a sell off Coventree despite a downgrade by a rating agency of these securities. 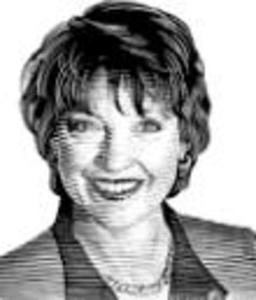