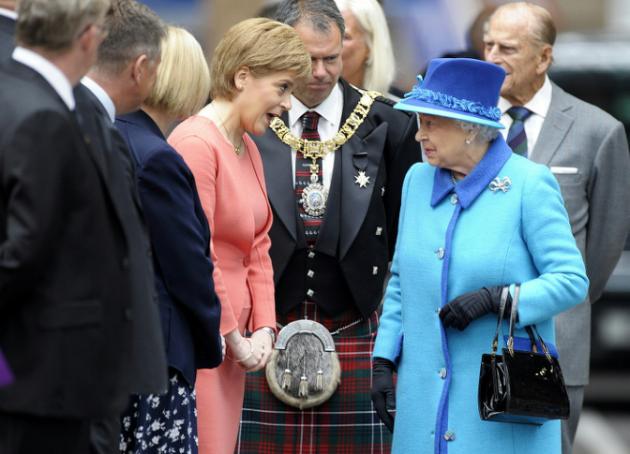 Scotland's First Minister on Friday warned that a united Britain was "on borrowed time" unless Prime Minister David Cameron devolved more powers to Edinburgh, on the first anniversary of a historic independence referendum.

Scottish voters decided to stay part of the United Kingdom by 55 percent to 45 percent on September 18 last year, but First Minister Nicola Sturgeon told supporters that she would favour another referendum if polls showed renewed public demand.

"Only the people can decide if we will have another referendum," the Scottish National Party (SNP) leader said in the anniversary address.

Recent polls have shown an increased support for independence.

"Right now, what people see at Westminster is a Tory government failing to fully deliver on the vow it made on more powers for our parliament," she said in the speech in a conference hall in Edinburgh.

"My message to David Cameron today is ... what happens to support for independence in the months and years to come will depend as much on what you do as it will on what we do.

"And, right now, you are living on borrowed time," she added.

Marking the anniversary, Sturgeon said that the referendum had fundamentally changed Scotland.

"It changed for the better, and it changed for good... We discovered our voice, and found that as a nation we could make the world listen," she said.

Her separatist SNP enjoyed a surge in popularity after the vote, going from holding just six seats in Britain's national parliament in London to winning 56 -- almost every seat in Scotland -- in a general election in May.

The party is due to set out the circumstances that would cause it to seek another referendum in its manifesto for the Scottish regional elections in 2016.

One possible trigger would be if Britain were to vote to leave the European Union in a referendum due by 2017, Sturgeon has said in the past.

But Prime Minister David Cameron has insisted that the issue of independence was settled last year.

"We all agreed, as do the Scottish public, that the independence referendum should be a 'once in a generation' or a 'once in a lifetime' event," Cameron said Friday.

The prime minister also insists he will keep his promise to deliver more powers.

"On the anniversary of that historic vote, let me be repeat: We are delivering a new, accountable and permanent Scottish Parliament. Holyrood will be one of the most powerful devolved parliaments in the world," he said.

Polling expert John Curtice said that while those who would vote "Yes" for independence appear to be on the increase, nationalists would not seek another vote without a decisive lead.

"The narrowness of the polls means the (SNP) party is reluctant to make an unequivocal commitment to holding a second referendum for fear that it could lose again."