With three weeks to go, Conservative leadership hopefuls make a push to get into the race 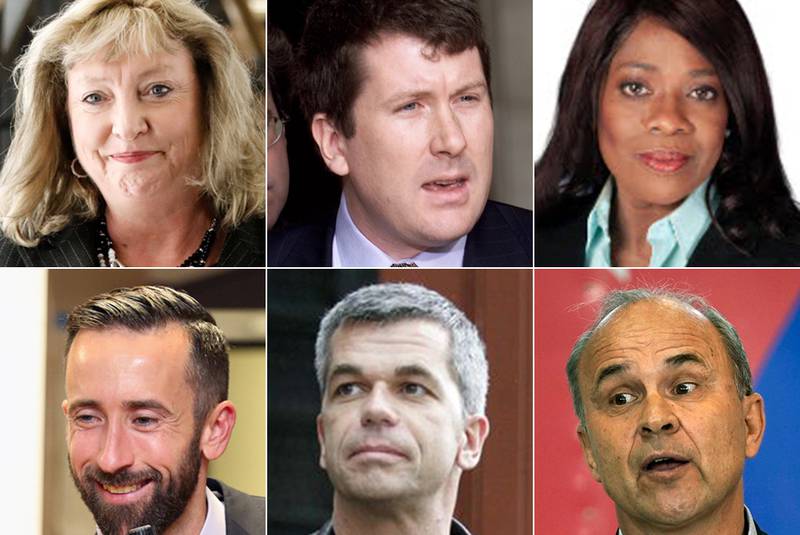 With three weeks to go until the hard deadline for getting into the Conservative leadership race, only two candidates so far — Peter MacKay and Erin O’Toole — have officially passed the first milestone to get in. But there are a half dozen other candidates who are either close to filing their application or have already started the process.

Feb. 27 is the deadline to become an “approved applicant,” meaning you’ve got the party’s green light to enter the race. To qualify, candidates need to pay a $25,000 fee, submit 1,000 signatures, and fill out a lengthy questionnaire and information for background checks.

Candidates will still need to meet much higher thresholds — a total of $300,000 and 3,000 signatures — to get access to the party’s membership list and get on the final ballot. But they can’t start formal fundraising activities until they become an approved applicant.As of Wednesday, here is how the campaigns are progressing towards the deadline.

Gladu, a two-term MP from southwestern Ontario, has done frequent media interviews and met with Conservative groups around the country to gather signatures. She was in Montreal on Monday and is headed to Nova Scotia this weekend for the provincial Progressive Conservative annual general meeting (other candidates including MacKay and O’Toole are expected to be there too).

Her campaign manager is Georganne Burke, an experienced organizer. Burke told the National Post earlier this week that she expects to submit their full application package shortly, and believes they have the fundraising commitments in place to get to the full $300,000 mark.

It’s not absolutely certain yet that Williamson will run, but all signs are that he’s preparing to do so. The New Brunswick MP would be looking to pick up support as a “blue conservative,” particularly on fiscal issues. His previous jobs include head of the Canadian Taxpayers Federation, an editorial writer for the National Post, and a director of communications in Stephen Harper’s Prime Minister’s Office.

Former Conservative MP Stella Ambler has been helping Williamson organize and is a potential campaign manager. Sources say Williamson is already collecting signatures and has caucus endorsements lined up in the event he jumps into the race.

A Toronto lawyer with strong backing from religious social conservatives, Lewis has been meeting with Conservative riding associations over the past few weeks to gather support. Campaign manager John Mykytyshyn says they’ve now submitted a full application package to the party, though it will still take some time for it to be reviewed and verified.

Lewis’ campaign, however, is so far refusing to allow the national media to put questions to her, despite multiple requests from the Post and other outlets. She has instead only done a handful of interviews in friendly venues. Lewis has run for office as a federal Conservative once before, losing in the 2015 election in the riding of Scarborough-Rouge Park.

The Edmonton businessman launched his campaign last week and is now making his way across the country to gather signatures, spending this week in the Ottawa and Toronto regions. He told the Post on Monday that he expects to make the Feb. 27 deadline, but isn’t there yet.

Peterson has a potential advantage as the only declared candidate so far from Western Canada, but he finished a distant 12th in the 2017 Conservative leadership race, so he’ll need to prove he has a better organization this time around.

Décarie is by far the most controversial candidate in the race after he went on national TV and claimed that being gay is a choice. However, he has an experienced campaign team including Brad Trost and Russ Kuykendall (who managed Tanya Granic Allen’s 2018 Ontario PC leadership campaign), and his own history as a political activist in Quebec may give him a further network to tap into.

Campaign spokesperson Mike Patton told the Post that Décarie is currently working on collecting signatures in Quebec, and they’re already setting their sights on the larger goal of $300,000 and 3,000 signatures. Whether the party green-lights Décarie’s candidacy, given his inflammatory remarks, remains to be seen.

Sloan has not said much about his policy proposals so far (aside from promising they’ll be “bold”), but he is getting support from some of the same social conservative networks helping Lewis and Décarie.

How the Conservatives' Leadership Contestant Questionnaire could derail Richard Décarie

With three weeks to go, Conservative leadership hopefuls make a push to get into the race

How the Conservatives' Leadership Contestant Questionnaire could derail Richard Décarie

Trudeau, Butts and Telford targeted by Mark Norman's lawyers in effort to have case tossed