The year of dollar danger for the world 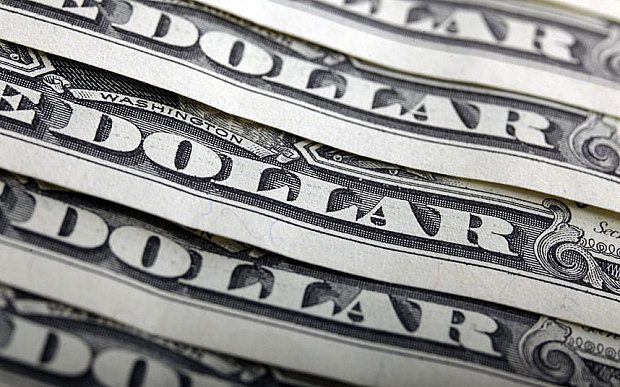 
America’s closed economy can handle a surging dollar and a fresh cycle of
rising interest rates. Large parts of the world cannot. That in a nutshell
is the story of 2015.


Tightening by the US Federal Reserve will have turbo-charged effects on a
global financial system addicted to zero rates and dollar liquidity.


Yields on 2-year US Treasuries have surged from 0.31pc to 0.74pc since
October, and this is the driver of currency markets.


Since the New Year ritual of predictions is a time to throw darts, here we go:
the dollar will hit $1.08 against the euro before 2015 is out, and 100 on
the dollar index (DXY).


Sterling will buckle to $1.30 as a hung Parliament prompts global funds to ask
why they are lending so freely to a country with a current account deficit
reaching 6pc of GDP.

There will be a mouth-watering chance to invest in the assets of the BRICS and
mini-BRICS at bargain prices, but first they must do penance for $5.7
trillion in dollar debt, and then do surgery on obsolete growth models.


The MSCI index of emerging market stocks will slide another third to 28 before
touching bottom.


The Yellen Fed will be forced to back down in the end, just as the Bernanke
Fed had to retreat after planning a return to normal policy at the end of
QE1 and QE2.


For now the Fed is on the warpath, digesting figures showing US capacity use
soaring to 80.1pc, and growth running at an 11-year high of 5pc in the third
quarter.

The Fed pivot comes as China’s Xi Jinping is trying to deflate his own
country’s $25 trillion credit boom, early in his 10-year term and before it
is too late. He does not need or want uber-growth. The Politburo will more
or less keep its nerve as long as China continues to meet its target of 10m
new jobs a year – easily achieved in 2014 – and job vacancies outstrip
applicants.


Uncle Xi will ultimately blink, but traders betting on a quick return to
credit stimulus may lose their shirts first. Worse yet, when he blinks, a
tool of choice may be to drive down the yuan to fight Japan’s devaluation,
and to counter beggar-thy-neighbour dynamics across East Asia. This would
export yet more Chinese deflation to the rest of the world.

At best we are entering a new financial order where there is no longer an
automatic “Fed Put” or a “Politburo Put” to act as a safety net for asset
markets. That may be healthy in many ways, but it may also be a painful
discovery for some.


A sated China is as much to “blame” for the crash in oil prices as America’s
shale industry. Together they have knouted Russia's Vladimir Putin. The bear
market will short-circuit at Brent prices of $40, but not just because shale
capitulates. Marginal producers in Canada, the North Sea, West Africa and
the Arctic will share the punishment. The biggest loser will be Saudi
Arabia, reaping the geostrategic whirlwind of its high stakes game, facing
Iranian retaliation through the Shia of the Eastern Province where the oil
lies, and Russian retaliation through the Houthis in Yemen.

Mr Putin will achieve his objective of crippling Ukraine’s economy and
freezing the conflict in the Donbass, but only by crippling Russia in the
process. Controls will not stem capital flight. Mr Putin will have to choose
been a dangerous loss of foreign reserves and a dangerous chain of corporate
bankruptcies. He will continue to pawn Russia’s national interest to Beijing
in order to save his Siloviki regime, but wiser heads in Moscow will
question how a perpetual dispute with Europe and the revival of a dying NATO
can possibly be in Russia’s interest. They will check his folly.


The European Central Bank cannot save the day for asset markets as the Fed
pulls back: it does not print dollars, and dollars are what now matter. Nor
is it constitutionally able to act with panache in any case. While Mario
Draghi and the Latin bloc could theoretically impose full-fledged QE against
German resistance, such Frechheit would sap German political consent for the
EMU project. Mr Draghi will accept a bad compromise: low-octane QE that
makes no macro-economic difference, but noisy enough to provoke a storm.


The eurozone will be in deflation by February, forlornly trying to ignite its
damp wood by rubbing stones. Real interest rates will ratchet higher. The
debt load will continue to rise at a faster pace than nominal GDP across
Club Med. The region will sink deeper into a compound interest trap.

The political triggers for the next spasm of the EMU crisis are complex, yet
trouble must come since the North-South gap is as wide as ever in key
respects, and the depression drags on. The detonator may of course be
Greece. If Syriza rebels hold their poll lead into the snap-election this
month, a cathartic showdown with Brussels will occur in short order.


The EU creditors may agree to debt forgiveness for Greece, but they might
equally refuse to talk with a gun held to their heads. There is a 50/50 risk
that they would instead switch off life-support and eject Greece,
calculating that they now have the back-stop machinery to stop contagion. In
this they would be wrong.


Breaking my normal rule of discussing equity prices let me say only that the S&P
500 index of Wall Street stocks will not defy monetary gravity or the
feedback loops of global stress for much longer. Half the earnings of US
big-cap companies come from overseas, repatriated into a stronger dollar,
and therefore worth less in reporting terms.

The index has risen at double-digit rates for three years, further inflated
this year by companies buying back their own shares at a pace of $130bn a
quarter, often with borrowed money. The profit share of GDP is at a post-war
high of 12.5pc (much like 1929), an untenable level as US wages start to
rise and the balance of power swings back to labour. The S&P index
measuring the price-to-sales ratio is higher today than at its pre-Lehman
peak.


Expect a shake-out of 20pc comparable to the LTCM crisis in 1998 when the
wheels came off in Russia and East Asia, though don’t be shocked by worse.
Emerging markets are a much bigger part of the world economy today, and
their combined debt ratio is a record 175pc of GDP.


Once these hiccups are behind us, we can look forward to sunlit uplands as
always. Happy New Year. 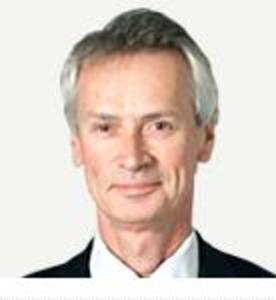