Shock At ISIS Beheadings, Silence At Saudi Arabia's: Why? 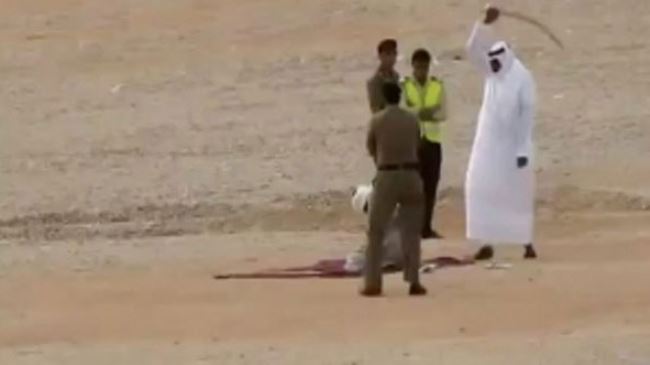 In the past 3 months there has been much discussion regarding the gruesome and barbaric beheadings by ISIS of western hostages. Yet surprisingly, a similar and just as barbaric tradition has been taking place for ages just a few hundred miles east of ISIS, in Saudi Arabia. It has been met with nothing but silence by the same indignant western societies who are quick to condemn ISIS villainy. Why the disconnect? According to the following interview by Canada's CBC reporter Anna Maria Tremonti with Newsweek's Janine Di Giovanni looking at the "shock over ISIS beheadings but silence over Saudi Arabia beheadings" the answer why few if any dare to criticize the Saudis is simple: oil.
From CBC:
The crimes committed by ISIS in Syria and Iraq are immense and repulsive. But videos of the extremists purportedly beheading captives appears deranged. Decapitation as a means of execution has terrified people as long as there have been sharp blades.
But while the world condemns ISIS, not so far away a nation routinely punishes its criminals in a similar way. And sometimes the punishment is for acts most people in the West wouldn't even consider crimes.
Newsweek Middle East editor Janine Di Giovanni has investigated beheadings in Saudi Arabia and she joined us from Paris.
We called and emailed the Saudi embassy in Ottawa to see if anyone wanted to comment on the practice of beheadings in Saudi Arabia. We have not heard back, but that offer remains open.
The beheadings by ISIS and the Saudi Kingdom are the latest manifestation of an ancient horror. Frances Larson has looked into the terrifying and bizarre history of beheadings in her new book "Severed: A History of Heads Lost and Heads Found". She is an honourary research fellow at the University of Oxford.
The full 27-minute interview can be found after the jump. The all too obvious reasons why the Saudis are immune from any western criticism, at least according to the Di Giovanni, are laid out 11 minutes into the recording. Also pay particular attention to the executioner saying he is "doing the god's work." One wonders if he works for Goldman too?