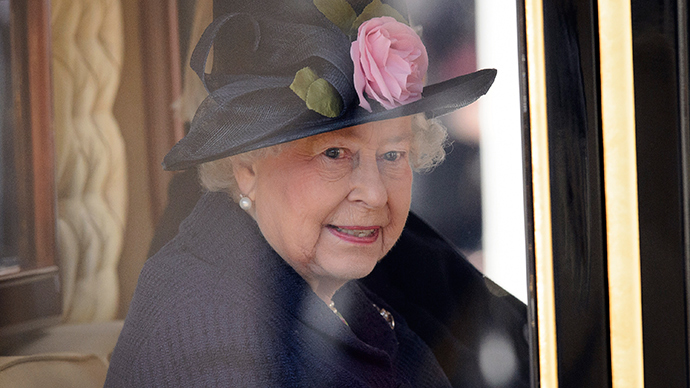 Downing Street and senior civil servants were so fearful that Scotland’s independence referendum could have sparked the breakup of the UK that they requested the Queen to publicly intervene in the closing days of the campaign, a Whitehall source says.

The intervention by
Queen Elizabeth II, 88, was scrupulously crafted by her private
secretary and Britain’s chief civil servant, a Guardian report
revealed Wednesday.

The delicately worded plea was constructed in the final phase of
the Scottish independence campaign, as Downing Street faced what
a senior Whitehall source told the paper was a
“meltdown.” Fears ran high in Westminster as polls
revealed amplifying support for the pro-independence camp, the
source said.

Four days prior to the September 18 referendum, the influential
Monarch pleaded with Scots to “think very carefully” on
their way to the ballot box. A high-level Whitehall source who spoke exclusively to the paper
said the government hoped the tense negotiations that preceded
the Queen’s cautionary words would serve as a warning to Scots
they faced a decision “filled with foreboding.”

The Whitehall official’s disclosure echoed criticism directed at
the British establishment regarding “Project Fear,” as
it was dubbed by advocates of Scottish independence.

The strategic project was characterized by a ferocious media
campaign, and relentless fearmongering stemming from the City of
London and Westminster’s political elite. But few expected its
tendrils to infiltrate Buckingham Palace.

As the Scottish independence campaign drew to a close, the
Queen’s unusual disclosure came as a surprise to many who noted
her mostly impartial 62-year reign.

Referencing the prospect of Scottish independence while
addressing a well-wisher after Sunday service near her historic
Balmoral estate in northwest Scotland, the Queen said: “Well,
I hope people will think very carefully about the future.”

The strategic intervention was concocted by senior civil servants
following Prime Minister David Cameron’s growing concerns the
pro-independence Yes camp were gaining an ominous degree of
ground in the final stretch of the campaign.

As the countdown to the referendum progressed, Whitehall figures
allegedly told Buckingham Palace that a few careful words offered
by the Queen would help matters. As part of this plan, Geidt and Heywood are thought to have
devised the phrase she later uttered. While shrouded in a veil of
neutrality, the words ultimately indicate the Queen's support for
the union.

The Guardian’s Whitehall source told the paper the intervention
was meticulously calibrated.

“She knew exactly what she was doing, which is, there are two
possible responses on the referendum. Either one, you buy into
this is a fantastic festival of democracy, or two, you suggest
this is a decision filled with foreboding.”

“So by saying I hope people will think carefully you imply
the second … Without her taking a side, it cast just the right
element of doubt over the nature of the decision.”

Whether the Queen’s intervention was an explicit extension of
this pro-union strategy is a matter of conjecture. But the
possibility has not been ruled out.

The No campaign’s relentless forecasts of economic peril,
dwindling national security, an EU membership in jeopardy, and
ruptured NATO relations ultimately overpowered the
pro-independence movement’s messages of positivity, hope and
empowerment. Many argue “Project Fear” was central to
this.

In the wake of a referendum that almost terminated a 307-year-old
political union, Westminster still faces many challenges.

The Yes campaign’s vision of Scotland as a Scandinavian-style
state characterized by inclusivity, egalitarianism, nuclear
disarmament and clean energy has been denounced by critics as
utopian. However, an appetite for independence remains rife
across many parts of Scotland and is unlikely to wane.

A Cabinet Office spokeswoman also declined to comment,
emphasizing the body does not publicly discuss correspondence
“between the Queen’s private secretary and civil
servants.”