Why Boris Johnson's win may be to Canada's trade advantage: Don Pittis 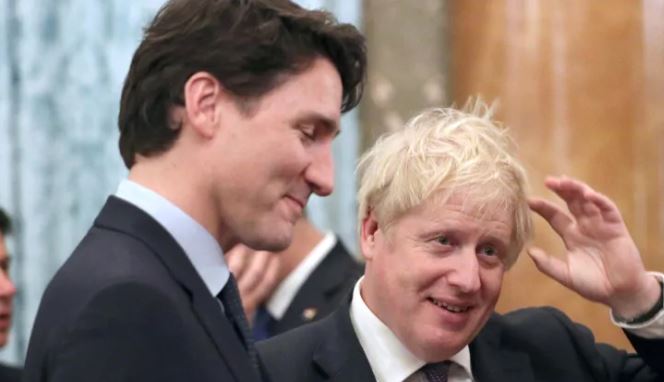 Whether you love or hate the idea of Boris Johnson's sweeping victory in last week's U.K. election, there is a potential bright side for Canada.

Just as in our own parliamentary system that we inherited from Westminster, a party can win the most seats — even a commanding majority, like the British Conservatives — without the support of the majority of British people.

On any individual issue, such as trade, the result is even more complicated to decipher.

Some opinion polling has shown that many Britons would now be happy to remain part of the European Union. But under the first-past-the-post system, and with so many other things to vote for or against, the result is a British prime minister firmly committed to Brexit.

In the immediate aftermath of Thursday's election, some commentators pointed to a soaring pound and rising markets as evidence that Brexit was good for business. That view has yet to be proven.

In the short term, the market rebound was more obviously a sense of relief that the policies of Labour Leader Jeremy Corbyn — which many business leaders found repellent — were now off the table.

Evidence for that could be seen in the fact that companies, including utilities, that the Labour leader had threatened to nationalize were some of the biggest gainers. In Friday trading, shares in Centrica, owner of British Gas, jumped 18 per cent — the biggest increase in the history of the company, according to Bloomberg News.

What many have called the "Corbyn risk" has passed and is not likely to return as the Labour Party looks for more voter-friendly policies. The Brexit risk itself has not gone away.

The old saw that "markets hate uncertainty" can be partly set aside now that Johnson can claim he has a clear mandate to take the country out of Europe. But while Brexit may now be a surer thing, exactly what kind of Brexit it will be is far from settled.

The Scottish National Party headed by Nicola Sturgeon, increased her large majority of seats in Scotland, a nation that has repeatedly shown itself to be closer to European sensibilities, as opposed to those favoured by British Tories.

The unresolved issue of how to keep an open border between a Northern Ireland outside Europe, and an Irish Republic inside of it, remains a point of contention that some say could do what so many bombs and guns have not: Make the Irish pull together in mutual support — outside the United Kingdom.

And those are just some of the many outstanding and potentially disruptive issues Johnson will have to face as the U.K. must not only renegotiate its relationship with the European Union, but also draft new trade deals with other countries outside the EU framework.

Despite the fact that the U.K. is Canada's biggest European trading partner — or partly because of it — the potential chaos of Britain's EU withdrawal will also affect this country.

Canada's long and deep relationship with the British Isles means a lot of Canadian trade to Europe is routed through the U.K., often through British subsidiaries or parent companies.

If Johnson's new deal, or lack of a deal — something he has threatened in the past — forces Canadian companies to change their trade routes, the result could be confusing and expensive.

Currently, and until such time as Britain formally departs from the EU, Canada's trade with Britain operates under the rules of CETA, the pact finally hammered out between European leaders and Canada's now-Deputy Prime Minister Chrystia Freeland.

Canada's experienced trade negotiators have already had a head start in trying to work out a new accord with Britain, but an unexpected move undercut Canada's preferential deal that was in the works.

Since then, political uncertainty has put things on hold.

Now, with CETA in place and the revised North American trade deal close to ratification, Canadian negotiators are well placed to concentrate on an amicable arrangement with one of our oldest trade partners and support them through what may well be a tumultuous time.

Britain is Canada's third-largest trading partner after the United States and China, and that trade has only grown since the completion of CETA.

With last week's election, the U.K. is still just one big step closer to Brexit. Johnson must yet get a withdrawal agreement through the British House of Commons, and then some difficult negotiations begin.

The U.K. faces potentially unfriendly bargaining over the final terms of any deal with Europe, which, partly as a lesson to other members who might consider leaving, will be unlikely to make it too easy.

Among points of contention will be London's place as Europe's de facto financial capital. Already, corporate head offices and headquarters for European institutions have been scouting for new digs, including in Dublin.

After that, Britain will have to work out bilateral deals with just about everyone else in the world, notably with the U.S., where President Donald Trump has a history of trying to show off his Art of the Deal skills by publicly demanding concessions in any negotiation.

Canada — with its own public health system, a climate change stance much closer to that of the British Conservatives, its tradition of similar state and legal institutions, and trade deals with both Europe and the U.S., plus a long and cordial trade relationship with its Commonwealth parent — can offer a less-threatening trade association that will be of great mutual benefit.