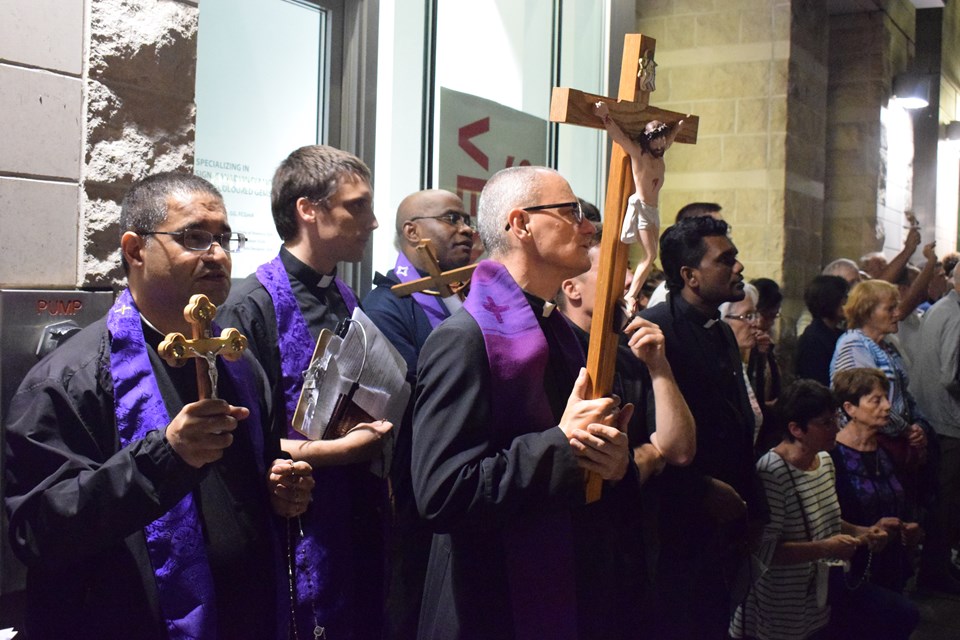 A group of Catholic priests and conservative activists followed through on their promise to protest against The Satanic Temple Canada Ottawa chapter's 'Black Mass'.

The group consisting of Ottawa and Toronto residents believe the event is offensive and evil and is contrary to the teachings of Christ. Preacher Dorre Love of Christ's Forgiveness Ministriestravelled from Toronto in hopes of engaging in dialogue with The Satanic Temple Canada's followers. 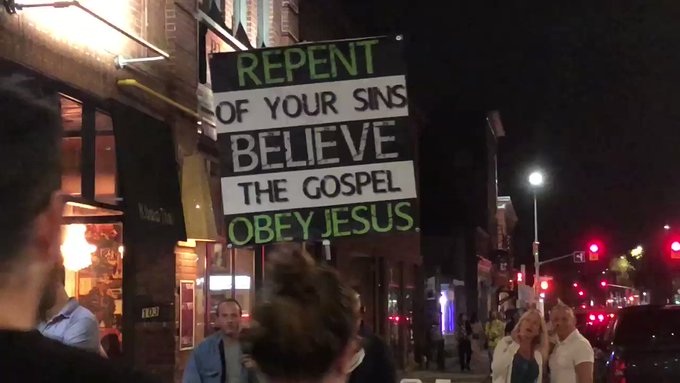 35 people are talking about this

"It's a blasphemous act and the organizer of this event has said it is blasphemous from his own mouth, that is a form of hatred. Itis a form of hatred against our faith, it is a hatred against the culture that built our country, and that's why wer'e here to show our opposition and also our love and our witness for the people who are going in," said protester John Pacheco, outisde Koven heavy metal bar.

"We are genuinely concerned that many of them don't know what they're doing from a spiritual perspective," said Pacheco, who helped rally fellow Catholics to Murray Street Saturday evening.

The preacher led a protest along with a group of controversial conservative activists who have protested several LGBTQ+ events voicing their opposition to non-Christian values.

Love was also accused of disrupting an LGBTQ2 event Saturday night. A drag queen was reading to children and their parents. Love was accused of interupting the event and confronting Drag Queen Adrianna Exposée about the age of the children in attendance.

Priests leading prayers among a group of more than 100 people on Murray, across the street from first Canadian Black Mass Unbaptism ceremony in Ottawa ⁦@ctvottawa⁩ 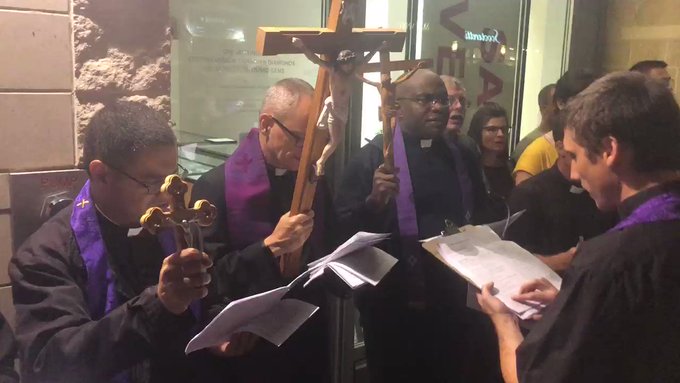 63 people are talking about this

"Since learning of this projected event, I have been praying for illumination from the Lord, how to act myself and to guide the religious, clergy and laypeople of the Archdiocese to confront this challenge. Of course, we have many spiritual means. We need to pray in reparation for the spiritual harm that is being planned, and that God would turn this blasphemous project into an occasion of grace," said Prendergast in a statement to CTV News.

Rick Boswick is one of the protesters calling for organizers of the controversial ceremony to reconsider. While he supports their freedom of religion, Boswick disagrees with the Temple's values.

"Most masses, most religious ceremonies they offer something, salvation with christianity. But basically, this is simply to denounce Christ," said Boswick.

Much of the outrages centres around the ceremony's perceived disrespect of the sacrament of baptism; one of Christianity's most sacred traiditions.

While the The Koven heavy metal bar's owner has received overwhelming community support, he has fielded several calls and pleas from concerned christians asking him to cancel the event at his restaurant; where atheists, secularists and followers of the satanist faith will practice their religion. Koven's owner, who would like to have his identity protected over fears for his safety, received several relgiious pamphlets and handwritten letters in his mailbox warning him of eternal damnation.

Would you attend the sold-out Black Mass ceremony hosted by The Satanic Temple Canada Ottawa chapter for their first Un/baptism ritual? Christian groups are calling it vile and hateful ⁦@ctvottawa⁩ 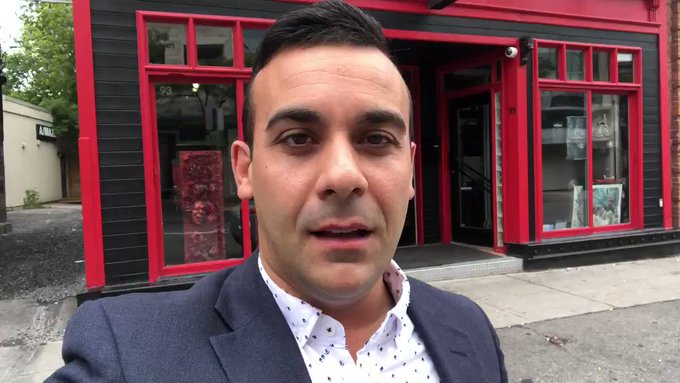 41 people are talking about this

"They're saying stuff to the extent of, like, 'You can't put it on, it's an abomination of God', " said Koven employee Matt Cloverson. "They can believe we're going to hell if they want, but we're going to put it on regardless."

The Satanic Temple of Canada promises Saturday's event will be not be the group's last gathering.