Merkel, Macron, and UK’s May are less popular than America’s Trump. 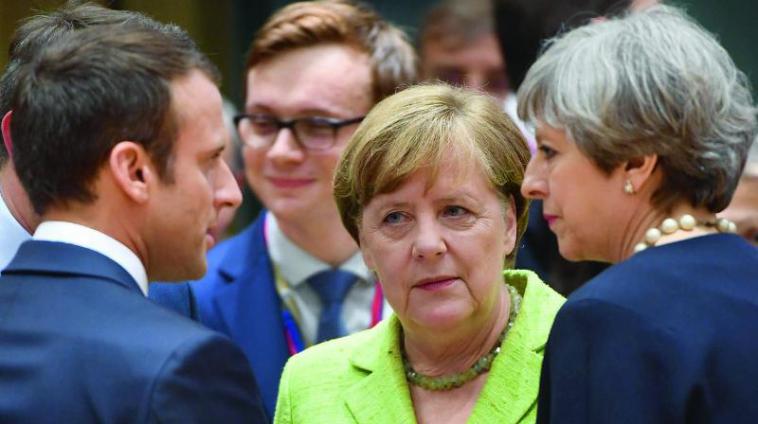 A new Zogby Analytics survey of people in Germany, France, and the UK show that the disapproval ratings for their leaders are sky-high.

“Citizens of France, Germany and U.K. not happy with Macron, Merkel and May,” is the poll headline. “A majority of adults in France and U.K. dislike Macron and May; nearly half of adults in Germany dislike Merkel.”

Trump’s approval ratings range from 38 percent to the mid 40s, and Rasmussen set it at 42 percent this week.

Zogby found the three European leaders below that:

From the poll analysis:

Macron – When Emmanuel Macron formed the La République En Marche party, he was then subsequently elected President of France. He was hailed as a centrist who could bridge the major parties, and be able to bring about reform at home and across Europe. The honeymoon period is now over and his favorable/unfavorable ratings reflect this change of heart among French citizens. More than half (52%) of French respondents surveyed are unfavorable (very unfavorable and somewhat unfavorable combined) of the French president while 28% are favorable of him and 9% are not sure.

Merkel – Since winning re-election for a fourth time in September, Chancellor Angela Merkel is looking to broker a governing coalition on the home front and take on the challenges associated with Brexit and European Union reform. As Europe’s largest economy, Germany has been at odds lately with England over how much England will pay to “divorce” from the EU. Outside and inside of Germany, Merkel’s favorability rating has also been taking a hit. At the moment, 40% of German adults view her as favorable (very and somewhat combined). Slightly less than half (49%) of German citizens are not favorable of Angela Merkel, and 8% are not sure.

May – Among the European leaders we surveyed, Prime Minister Theresa May has the lowest favorability/unfavorability rating at 28% favorable, 61% unfavorable. A plurality (35%) is also very unfavorable of the controversial prime minister. Her numbers are low among all demographics, but are much lower among younger adults aged 18-29 (16% favorable/71% unfavorable) compared with adults 50+ (36% favorable/53% unfavorable).

Sweden braces for a “civil war” in no-go zones

Sweden braces for a “civil war” in no-go zones