National Post View: The election debate should reflect all of Canada 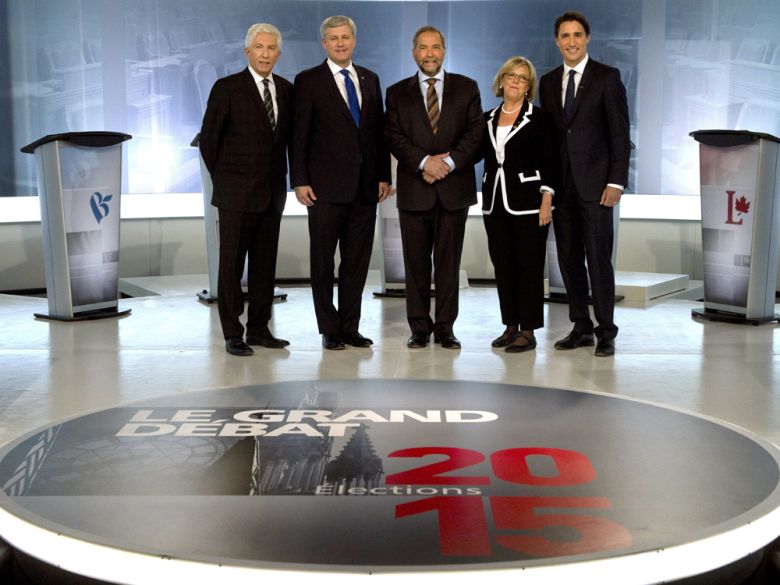 Moderators for a leaders debate in the midst of the October election have been announced. They will be: Lisa LaFlamme of CTV News, Rosemary Barton of CBC, Global News chief anchor Dawna Friesen, The Toronto Star’s Susan Delacourt and Althia Raj, Ottawa bureau chief of HuffPost Canada (not even a Canadian news organization — it’s American owned).

These are experienced people. They are highly accomplished and professional. You would have a difficult time finding a more high-calibre, capable group of journalists anywhere. They are all eminently qualified for the task.

Yes, OK, they’re all women. Yes, yes, the fact they are all women may represent a statement of some sort, a deliberate rejection of the Ottawa Old Boys Club, yet another smashing of a glass ceiling, a signal victory for the good guys (or should it be girls?) in the gender wars. There’s nothing wrong with that: men had it all to themselves for so long that women could dominate every debate for decades to come and never come close to evening the record.

It is understandable that media outlets would want to feature one of their own, but the election will take place in 10 provinces and three territories

There’s something else that may strike you as noteworthy, though, and maybe just a little bit insulting if you’re not from that privileged, overindulged strip of the country that stretches all the way from the shores of Lake Ontario to the banks of the Ottawa river, a few hours’ drive away. Eminent and qualified as the moderators may be, most are all also deeply embedded in the news and public affairs bubble that hovers over the country’s capital and its biggest city (Friesen is a geographic exception, as she broadcasts from Vancouver). If you live in Edmonton, Regina, Halifax or St. John’s, these aren’t people you’re likely to meet on the street or catch in a local broadcast studio.

Again, there is no crime in that. Ottawa is the country’s political core, Toronto its commercial and financial centre. There’s a lot of news of national importance generated in the corridor connecting the two, so it’s natural there would also be a heavy concentration of media there, of all varieties.

Yet, should the concentration be so intense that it excludes almost the entire rest of the country? It would appear that in devoting its efforts to finding five impressive women — which isn’t really that hard to do — the organization in charge of producing the debates forgot about the vast reaches of the country that aren’t Ottawa, Toronto and Vancouver. That is, everything in Canada that isn’t just like them.

That organization is the Canadian Debate Production Partnership, which includes Global News, CBC News, CTV News, the Toronto Star and HuffPost Canada. A keen eye will note that the five moderators are all drawn from the staff of these outfits. Similarly, the journalists chosen for the French-language debate, with one exception, all work for Quebec members of the partnership.

It is understandable that media outlets would want to feature one of their own, but the election will take place in 10 provinces and three territories, which, as anyone paying moderate attention would appreciate, have a very diverse range of interests and issues, many of which hold a great deal more relevance for local residents than whatever’s dominating the latest news cycle a few thousand kilometres away in a half-dozen newsrooms overlooking Parliament Hill.

Members of the partnership may argue their job is to cover national issues, and thus their top people are best placed to query political leaders on those matters. Fair enough. But, shocking as it may seem, many Canadians outside Ottawa also pay close attention to the news, and come at issues from a different but equally valid direction. There are some highly competent journalists in Alberta, the Prairies and Atlantic Canada, steeped in local attitudes, concerns and expectations to a degree impossible to replicate from Ottawa. Was it not possible to find even one who might join the quintet picked for the job?

It’s tempting to treat Quebec as a separate case, accustomed as we are to considering Quebec an exception to every rule. But the principle holds there as well. Absorbed as it may be by its own particular issues, Quebec remains a province of Canada and the fact the debate will be in French should not mean the entire community of journalists, broadcasters and informed onlookers outside its borders should be excluded from asking questions. For that matter, why is it taken for granted that only journalists should have seats at the table? Some of the best informed and toughest minds in Canada belong to people who aren’t employed by any of the top media, or by the media at all. What would you give to hear Jordan Peterson quiz the party leaders on the dangers of identity politics, or the condition of free speech on Canadian campuses?

This is the first set of debates to be organized by the commission established to avoid the uncertainty and confusion that reigned during the 2015 campaign. Headed by former governor general David Johnston, it has done a commendable job, setting out clear and reasonable guidelines. Unfortunately, the production partnership seems unable to see past its own newsrooms and geographical fixations. If it wants to show it can fairly represent Canadians in confronting and questioning party leaders, it should look beyond people who mostly live and work within a few hours of Parliament Hill.

'Canada is broken,' say majority of Canadians in poll taken in wake of rail blockades