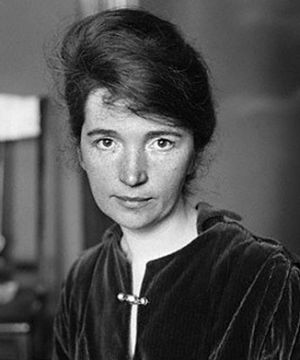 Discrimination runs all the way back to the roots of Planned Parenthood.

Today, the nation’s largest abortion chain centers its work around destroying the most vulnerable group of human beings today – babies in the womb.

Planned Parenthood performs more than 300,000 abortions each year, many on babies from low-income and minority families, and spends millions lobbying to keep abortion on demand legal and readily available.

These discriminatory practices run all the way back to its founder, Margaret Sanger. A well-known eugenicist, Sanger wrote and spoke frequently about how certain groups of human beings were less valuable than others.

Minorities crammed into impoverished areas in inner cities should not be having so many babies. And, of course, these minorities (including most of America’s immigrants) are inferior in the human race, as are the physically and mentally handicapped. We should require mandatory sterilizations of those less desirable and promote easy access to abortion. And since sex should be a free-for-all, we must provide birth control and abortions to teenagers too. It’s all for the greater good and for a more intelligent, liberated, healthier population.

Later, Hagelin pointed to one of Sanger’s frequently quoted lines about African Americans:

… Sanger’s fear of her racist views being exposed, as recorded in a 1939 letter to an ally: “We do not want word to go out that we want to exterminate the Negro population.” Which is exactly what she set out and succeeded in doing.

Planned Parenthood is largely the reason why black babies are aborted in America three times more often than white babies, and Hispanic preborns are killed 1½ times more often than whites. In fact, according to Centers for Disease Control and Prevention research compiled by TooManyAborted.com, “Abortion is the number one killer of black lives in the United States. More than HIV. More than heart disease. More than cancer. Abortion snuffs out more black lives than all other causes of death combined.”

Sanger’s thoughts about the poor, immigrants and others were just as ugly. She described them as “human weeds,” “reckless breeders” and “spawning … human beings who never should have been born” in her book “Pivot of Civilization.”

Sanger also wrote about getting rid of people with diseases and disabilities through sterilization and segregation, describing these “morons” as “a dead weight of human waste.”

“The main objects of the Population Congress would be to apply a stern and rigid policy of sterilization and segregation to that grade of population whose progeny is tainted, or whose inheritance is such that objectionable traits may be transmitted to offspring[;] to give certain dysgenic groups in our population their choice of segregation or sterilization,” Sanger wrote.

Sanger’s writings show a clear contempt for human lives, one that continues to play out at Planned Parenthood today. Through its abortion practices, Planned Parenthood pushes the dangerous view that not all human beings are equal or deserving of protection.