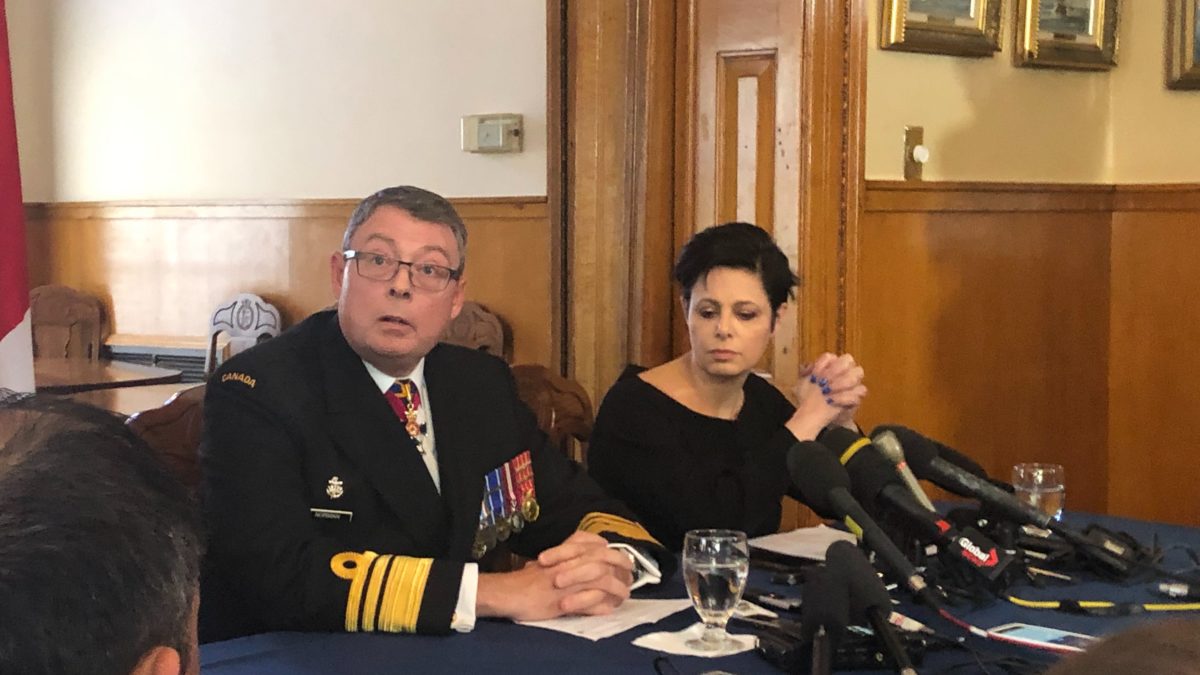 I don’t know about the rest of you, but I’m feeling distinctly concerned about the shoddy performance levels at some of our most important institutions.

Incompetence is not unknown in official Ottawa, but the case of Vice-Admiral Mark Norman is something else again. That the country’s most senior naval officer could be treated so badly over so long a period by so many levels of authority, over an allegation that, in the end, didn’t amount to a hill of beans, has to leave even the most blasé Canadian wondering who’s in charge in the country’s capital. The Marx Brothers?

To keep Norman dangling for so long — his life, career and reputation all at stake — required an extended display of amateur-hour tomfoolery on the part of people at the topmost levels in several wings of the federal administration. The RCMP didn’t bother to interview either the accused or any of the political masters who set the policy he followed at the time of the alleged actions. Far from ensuring he was treated fairly and respectfully, his bosses at military headquarters couldn’t wash their hands of him fast enough. The same politicians who brought us the SNC-Lavalin debacle stonewalled efforts to obtain critical documents requested by the defence. Now everyone involved is invoking standard excuses for refusing to explain, justify or otherwise account for the shoddiness of their performance.

Would anyone out there feel safe falling within the sights of this crowd of klutzes? As far as I know I have no secrets worthy of interest to our federal leaders, but I sure wouldn’t feel safe should someone level some spurious accusation of wrongdoing against me. It took more than two years from the time Norman was relieved of duty for prosecutors to admit they had no hope of conviction. Who has the money or resources to outwait this crowd, as he was forced to do?

The comedy routine started right off the bat. The RCMP seems to have decided the only people worth interviewing were those who had an interest in seeing Norman found guilty of the charge that he leaked information on an important ship-building contract.

Would anyone out there feel safe falling within the sights of this crowd of klutzes?

They didn’t question Norman himself — why on Earth would the police care about the accused’s side of the story? — or members of the Harper government who approved the ship. If a person was accused of shoplifting they’d expect the police to at least take the time to ask for an explanation, but apparently a military officer who has devoted 35 years to his country’s defence doesn’t deserve the same courtesy.

Chief of the Defence Staff Gen. Jon Vance proved about as useful in ensuring fairness for his colleague as a busted rudder on a battleship. As Postmedia’s David Pugliese has reported, Norman was ousted before a charge had even been laid. Vance declared he had lost confidence in his deputy, without details or explanation. As Pugliese notes, “there would be no internal hearing, and no formal opportunity for Norman to present his side of the story. The decision was based on the unproven claims that underpinned the RCMP’s search warrant that had been executed on Norman’s home.”

Things didn’t get better. Letters impugning Norman’s name were mysteriously leaked, he was refused financial assistance accorded to others, efforts to obtain information were systematically blocked, and a general boasted of the military’s skill in hiding information.

This all took place at a time when the government was bumbling its way towards the SNC-Lavalin disaster, which not only failed to save the company from facing trial on corruption charges, but led to the resignation of two top cabinet members and the prime minister’s most trusted adviser.

One of the many low points in that affair was the performance of Michael Wernick, clerk of the privy council, a position that in the past has been often elevated to near-mythical status. The clerk is Canada’s most senior bureaucrat, the presumed holder of a lifetime of valued insight into the nuts and bolts of the country’s day-to-day activities, a quiet voice offering seasoned advice to the politicians who come and go while civil servants carry on.

Wernick quit in April after a performance at public hearings that led to accusations he’d crossed the line meant to prevent public servants from obvious displays of partisanship. He had, he acknowledged, lost any chance of “a relationship of mutual trust and respect” with opposition leaders, precluding his ability to continue in his job during the forthcoming election. The next time Conservatives claim the bureaucracy is a hotbed of Liberal cheerleaders, expect them to point to Wernick to support their charge.

Trudeau’s forces are now falling all over themselves to insist the Norman saga had nothing to do with them, as if someone had built a wall around defence headquarters even the fiercest wildling couldn’t broach. Defence Minister Harjit Sajjan says he feels really badly about Norman’s treatment, but what’re ya gonna do? “When something like this happens … you have to respect the independence of the process.” This after defence lawyers complained repeatedly of getting the run-around in their requests for documents, even after subpoenas had been issued and former prime minister Stephen Harper offered to waive the right to cabinet secrecy over all documents related to the case. Only when the case had collapsed did Sajjan finally agree to pay Norman’s legal bills, without explaining why he had been refused until then.

Like the Trudeauites, the RCMP and military have been busy defending their performance against all the evidence lying round in plain sight. The Mounties issued a statement insisting they conducted a “thorough, independent and highly professional investigation,” then refused to go into deeper details because a separate court case is in the offing. How convenient for them.

Gen. Vance and Deputy Minister Jody Thomas have suddenly discoveredNorman was “a highly experienced and successful officer,” who “has had, and will continue to have, the trust of senior military and civilian leadership.” Vance didn’t say when he rediscovered his confidence in Norman, but, while Norman says he wants his job back, it may be more than a little fanciful to expect him to put his faith once again in those who failed him so badly.

If there’s a bigger victim than Norman in this sorry tale it may be the trust Canadians extend to the people in charge of the nation’s business. The police, the military and the federal bureaucracy are national institutions, expected to act as bulwarks of our democracy. Recent events suggest our bulwarks are in serious need of repair.

Kelly McParland: 30 years to fix Western alienation. One Trudeau to revive it