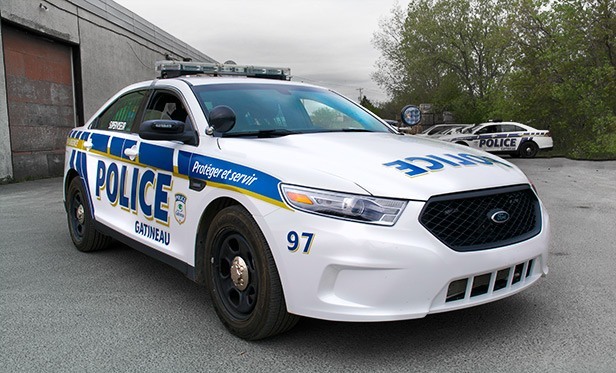 For reasons that are not crystal clear, Quebec’s public health authorities have decided it is prudent to randomly stop motorists crossing the five bridges between Ottawa and Gatineau to ensure the travel is “essential,” however loosely defined.

Const. Beausoleil, surely, will have his list of no-nos.

Do these same provincial health authorities understand how closely intertwined are the lives, labours and the economies of the two cities? No less than the National Capital Commission, after all, considers the capital to straddle the border, to be one place. Did the feds not say as much by putting 10,000-plus public servants in a giant footprint in downtown Hull?

Is it, one wonders, even legal to restrict the movement of people across provincial borders? (Or is the mobility section of the Canadian Charter of Rights and Freedoms in sick bay?)

Gatineau, obviously, is more reliant on Ottawa than the other way around, given we’re probably four times the population and have more and better health care. (That argument later.) On normal days, there are in the range of 180,000 vehicle trips across the five bridges, and it’s not all beer runs and casino larks. It’s the rhythm of our daily routine.

But here is the main worry with police stops. There are doubtless hundreds, if not thousands, of essential workers who live in Quebec but work in Ottawa — in hospitals, long-term care homes, for the RCMP or local police, for the paramedic service, for Ottawa Inner City Health, in laboratories, for cleaning and delivery services, for the makers of medical equipment.

Are we not creating a greater risk of spreading the coronavirus by stopping a good number of these essential workers — to and from work — and engaging in a conversation through a car window, through which ID is possibly passed? So, after a 12-hour day in ICU, you need to put up with this?

On top of which, is this really a wise use of police resources? And, by the way, how is an argument settled between my sense of “essential” and that of La Gendarmerie? (One supposes it helps to be the one with the gun.)

And another obvious thing, this about timing. We’re living anxious hours, where the ground is shifting beneath our feet every day. Does it really help matters to announce at 9 a.m., or thereabouts, that police are suddenly going to show up on bridges beginning at noon, like there wasn’t a moment to lose?

One could tell at the daily tele-briefing Wednesday that Ottawa Mayor Jim Watson was a little surprised by the move and we know the man hates surprises on the agenda.

He said news of the police stops had been rumoured Tuesday and indicated he found out through the media Wednesday morning, though he and Gatineau Mayor Maxime Pedneaud-Jobin had appealed to the public to curtail interprovincial travel on March 24. But, evidently, cabin-fevered Ottawa types had the audacity to keep using Gatineau Park or taking peeks at their cottages.

“At the end of the day, the Quebec government can do what it wants on their side of the border,” he told reporters.

“We don’t believe, on this side, that it’s necessary. We certainly would not support putting municipal police resources on five bridges, 24-hours a day,” he added.

“I don’t think it would make any sense and it would take police away from doing vital work during the pandemic.”

(For what a moment in time is worth, I checked the city’s traffic cameras at roughly 5 p.m. at the approaches to the Champlain, Portage and Macdonald-Cartier bridges, and traffic was very light, cars in the handful. Honestly, what are they really checking for?)

So, we’ve entered a new stage in the fight with COVID-19: the nasty middle.

Police are showing up on bridges to curtail movement, bylaw officers are going into parks to issue warnings (maybe fines) and bust up birthday parties, and medical officers of health are being urged to legally force sick people to stay at home.

We keep hearing how we’re all in this together — until the damn pandemic pits us apart. It shall be, as predicted, a long, hard haul.