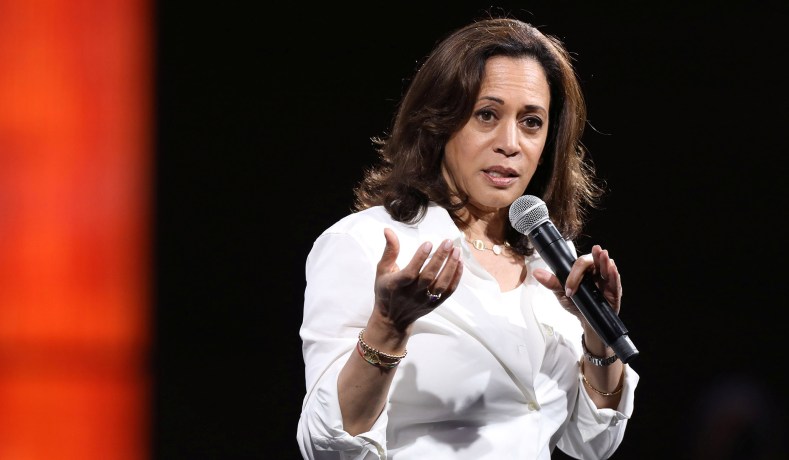 Someone might want to remind Joe Biden, who’s just picked progressive California senator Kamala Harris as his running mate, that his vice-president-to-be believes Catholics are unfit to serve in our nation’s courts. (Biden, of course, as I considered at length on the homepage today, has spent his entire political career invoking his Catholic faith.)

In late 2018, while evaluating the nomination of Brian Buescher to serve as a district judge in Nebraska, Harris posed a series of questions insinuating that his involvement in the Knights of Columbus — a charitable Catholic fraternal organization — disqualified him from serving on the bench. Here’s one of her written questions:

She went on to ask Buescher whether he was “aware that the Knights of Columbus opposed marriage equality when [he] joined the organization” and whether he had “ever, in any way, assisted with or contributed to advocacy against women’s reproductive rights.”

Harris’s colleague, Democratic senator Mazie Hirono of Hawaii, went a bit further, asking Buescher whether he intended to “end [his] membership with this organization to avoid any appearance of bias” — in other words, intimating that she would withhold her vote at least until he had left the Knights of Columbus.

These two Democrats were, in short, suggesting that belonging to a Catholic group with millions of members, which has been an important charity in the U.S. for more than a century, renders an individual unfit to serve as a judge.

More sinister even than that, Harris used Buescher’s membership in the Knights of Columbus as a pretext to insinuate that opposition to abortion, a core component of Catholic teaching on the dignity and value of human life, disqualifies an individual from the bench.

Buescher eventually was confirmed, and at the behest of Nebraska senator Ben Sasse, the Senate later voted unanimously to reaffirm the constitutional clause forbidding religious tests for public officeholders. But the fact remains that Harris was guilty of reprehensible anti-Catholic bigotry, and there’s no reason to believe her views have changed.

Trump Could Be “Reelected” Even If He Loses The Electoral College