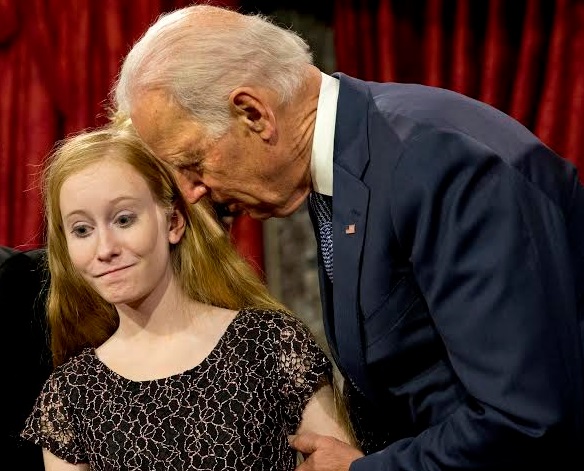 After more than 45 years in politics, the public has seen many sides of Joe Biden.

To some, he is a steady political hand and seasoned U.S. statesman, with a special ability to connect with people; to others, he is an occasional  punchline and invader of personal space, with a spotty political record.

And, come Thursday, Biden will likely be seen by many as the early front-runner in the crowded race to become the Democratic presidential nominee.

It will be the former senator and two-term vice-president's fourth swing at the Oval Office, after attempts in 1984, 1988 and 2008. At 76 years old, it would likely be his last chance to mount a viable White House bid.

Biden is expected to declare his candidacy in a video on Thursday. He intended to be the last big name to announce a bid for the presidency.

If he's going to challenge President Donald Trump, he'll need to first defeat the most diverse Democratic presidential field in U.S. history as a straight, white male septuagenarian with ample political experience — plus the baggage to match.

Here's what to keep in mind:

Biden is polling as the Democratic front-runner 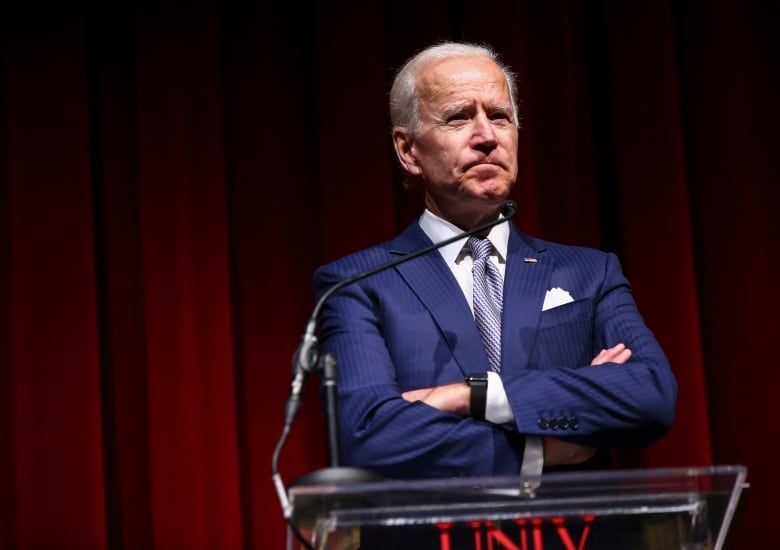 Despite not having announced his candidacy, polling shows Biden is at the head of the crowded field of Democratic hopefuls. (Chase Stevens/Las Vegas Review-Journal via Associated Press)

Tuesday's Morning Consult poll showed Biden with 30 per cent support, despite not having announced his candidacy. He was followed by Bernie Sanders with 24 per cent.

"Out of the gate, there's no question he'll be the front-runner," said Democratic strategist Kevin Walling, who has long self-identified as a "fan of Joe Biden."

That said, front-runner status fluctuates throughout a campaign — and there are 19 months to go until November 2020.

He has a long political history 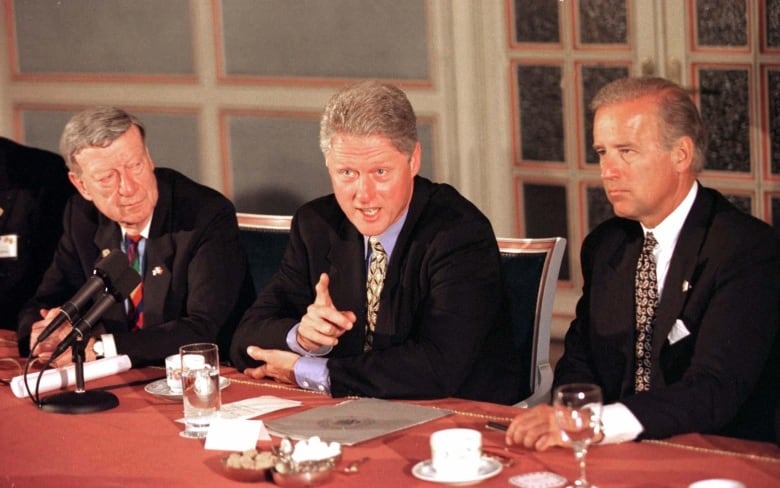 There's no shortage of experience among the Democratic contenders. Bernie Sanders has served as Vermont senator since 2007. Kamala Harris was elected attorney general of California in 2011 and served there for six years before becoming a California senator. Massachusetts senator Elizabeth Warren assumed office in 2013, following decades of work as a prominent legal scholar and crusader for consumer protections.

But Biden would be the most experienced politician in the race.

He became a U.S. senator at age 30. He was one of the youngest people ever to be elected to the upper chamber, where he represented Delaware for 36 years. He chaired the Senate judiciary committee in the 1990s and the foreign relations committee in the 2000s, before his two terms as vice-president to Barack Obama — a time that some voters who left the Democrats for Trump in 2016 might look back upon with nostalgia.

Biden, Walling said, "has this ability to lead from Day 1," with friends in the Senate and respect among world leaders.

There's a downside to career longevity

One doesn't serve for decades in government without accumulating baggage.

A plagiarism scandal during Biden's 1988 presidential run doomed his campaign. He was accused of lifting passages from a British Labour Party leader's speech.

His vote in favour of authorizing the 2003 invasion of Iraq, widely seen as a major foreign policy blunder that helped to destabilize the Middle East, is another weak point. Biden has since said he regrets his vote.

"I don't think you can look at his record in the Senate and go, 'Wow, what a record.' He wasn't a Sen. Ted Kennedy," said Rachel Gorlin, a Democratic strategist who has questioned Biden's electability in the primary. "There's no Biden legacy that was exemplary or really extraordinary."

Anita Hill will haunt him 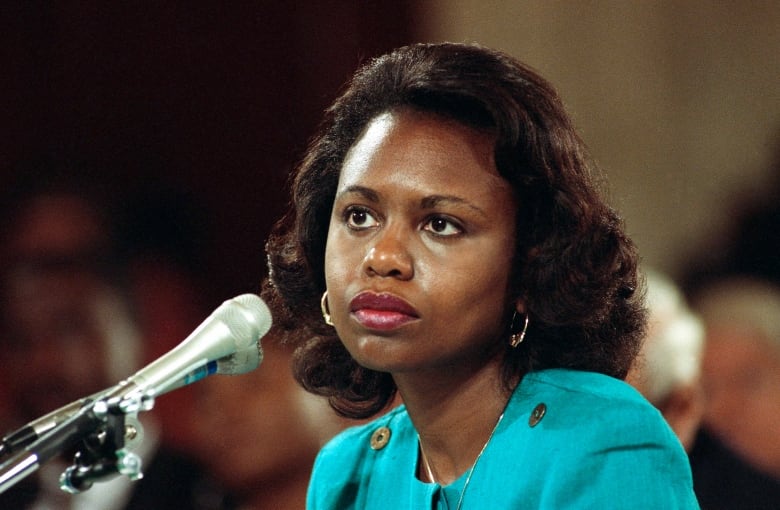 In this Oct. 11, 1991, file photo, University of Oklahoma law professor Anita Hill testifies before the Senate judiciary committee on the nomination of Clarence Thomas to the Supreme Court. (Associated Press)

Biden was chair of the Judiciary committee in 1991, when law professor Anita Hill testified against Clarence Thomas during his Supreme Court confirmation hearing. She accused her former boss of sexual harassment; Thomas denied the allegations.

Hill faced a skeptical all-male panel, and Biden, as committee chair, did not permit other witnesses to testify and potentially corroborate her testimony.

"To this day, I regret I couldn't come up with a way to get her the kind of hearing she deserved," Biden lamented last month.

For those who recall his stewardship of the judiciary committee at the time, Gorlin said, "You could argue Biden was way behind the times during the hearings."

Potential to bridge a Democratic divide? 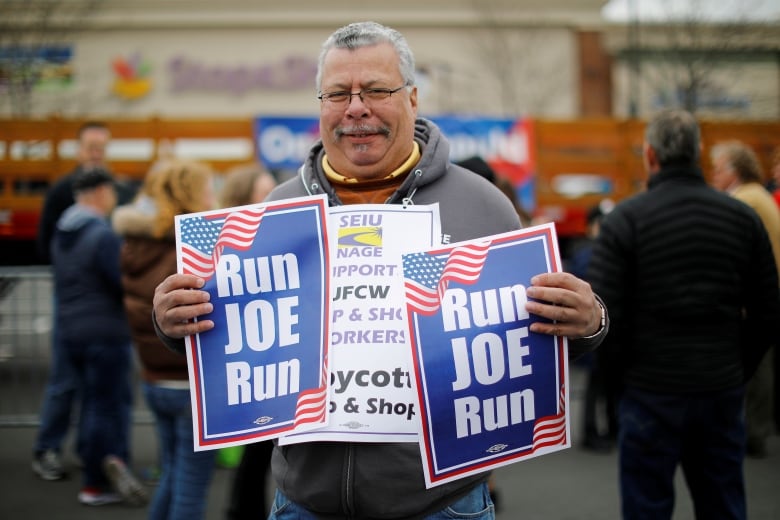 A man holds two 'Run Joe Run' signs ahead of an appearance by Biden at a rally with striking Stop and Shop workers in Boston on April 18. (Brian Snyder/Reuters)

Biden grew up in Scranton, Pa., during the 1950s. Working-class Middle America is part of his origin story. His father struggled to find steady work.

Recent polling shows Biden with a 77 per cent favourability among black Democrats.

Biden's ability to connect with blue-collar voters could help win back voters from Rust Belt states who voted for Obama in 2012 and Trump in 2016.

"I think he's the best person … to bring our party together on a united front."

Don't underestimate his ability to connect 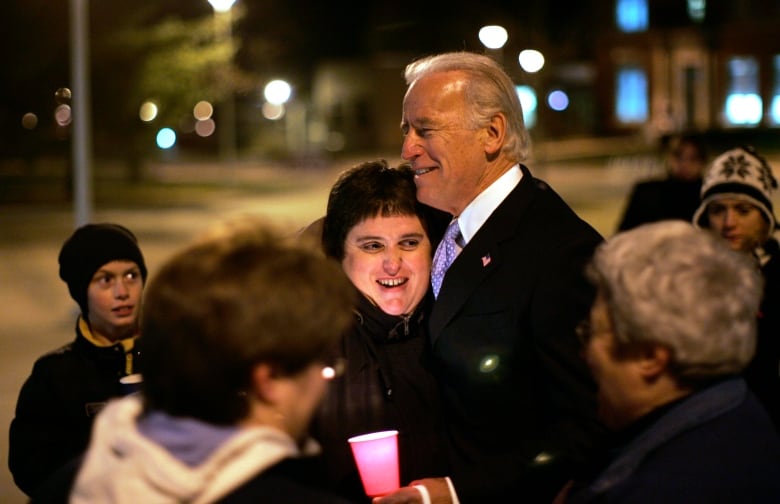 Biden embraces Tami Haught during an HIV/AIDS candlelight vigil at the University of Northern Iowa in this 2007 file photo. (Carlos Barria/Reuters)

The Biden Effect is very real, said Kate Andersen Brower, author of First in Line: Presidents, Vice Presidents, and the Pursuit of Power.

"When we left his office after I interviewed him, there was a group of people standing outside to greet him, and he just kind of came alive when he was with these adoring fans," she said. "He feeds off that."

Brower, who travelled with Biden to Japan following the Sendai tsunami in 2011, was "amazed" to watch Biden embrace elderly men and women who had lost their homes. They seemed "genuinely moved" by the gesture from the American vice-president, she said.

"It's the essence of who he is, that old-school politician who is hugging babies and old ladies." 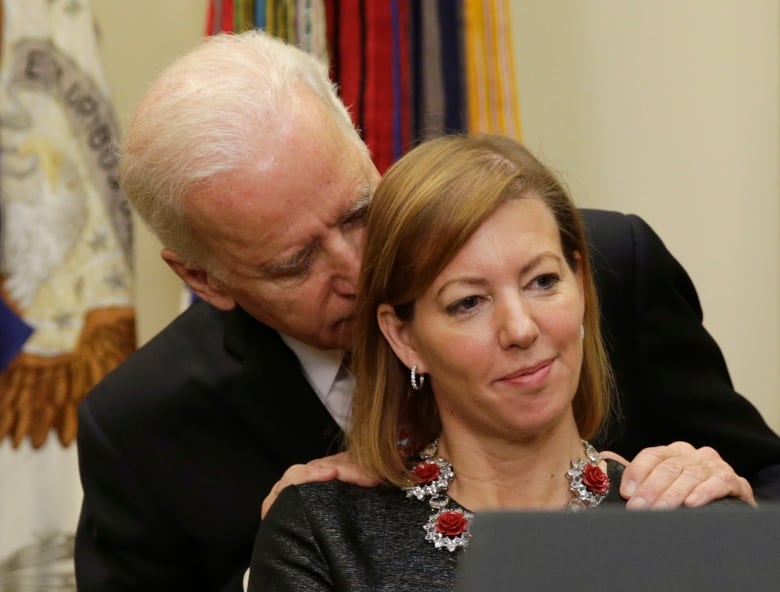 A 2015 picture of Biden with Stephanie Carter, wife of former secretary of defence Ash Carter, has been circulated on the internet as the former vice-president faces questions about his behaviour around women. Stephanie Carter recently defended Biden and said there was nothing untoward about the picture in question.(Gary Cameron/Reuters)

Biden has a history of personal tragedy, having lost his first wife and infant daughter in a motor vehicle accident. His son, Beau, died after battling brain cancer four years ago.

"He's had such a tough personal story, and he empathizes with people, and he's going up and he's hugging people" in challenging times, Brower said.

But several women have also accused Biden of violating their personal space. In one instance, former Nevada assemblywoman Lucy Flores alleged Biden "inappropriately kissed" the back of her head "and touched her" without her consent at a Las Vegas rally in 2014.

"He's very huggy and touchy," Brower said. "But he is a little out of touch. In the #MeToomovement, it's something that people in his generation see kind of backfiring on him."

He'll have to convince Democrats he's the face of the party

Biden would be 77 years old were he to be elected president in 2020.

He is two years older than Trump and a year younger than his primary rival, Bernie Sanders.

The leaders of each House of Congress, Democratic Speaker of the House Nancy Pelosi and Republican Senate majority leader Mitch McConnell, are both older than Biden, and yet neither has faced criticisms that they aren't up to the challenges of their jobs due to age.

Meanwhile, progressive voters have been energized by a young, diverse field with bold liberal ideas such as free college tuition. Biden has not endorsed ideas such as Medicare for all, but has not dismissed them either.

Walling, the strategist and self-described Biden fan, said the electorate will have to make a choice between idealism and pragmatism.

"What are Democrats looking for? Are they looking for Medicare for all, a Green New Deal, ending student debt?" he said. "Or are they really thinking about who could best beat Donald Trump next year?"