Ibram X. Kendi says we are either being racist or antiracist, there is no middle ground 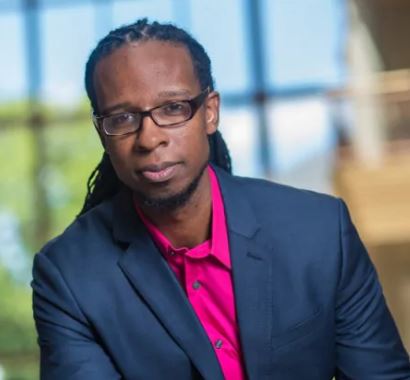 In his latest book, How to Be an Antiracist, the American author and historian argues that people are being either racist or antiracist, there is nothing in between. And depending on their actions, ideas or the policies they support, people — regardless of their background or race — can fall into either category.

"There's no such thing as a 'not racist' or 'race neutral' policy," Kendi told Out in the Open host Piya Chattopadhyay.

In his book, which weaves memoir, history and social commentary, Kendi recalls developing youthful perceptions of black people and racism, as informed by his parents and country. "It was easier for me to understand the idea that there was something wrong with black people who were struggling," Kendi said of his perspective after his family transitioned from the working to middle class. "It was harder for me to understand how and why there was something wrong with racism."

Later on, attending a historically black university in Florida during the 2000 U.S. presidential election shaped his perception of white people. "I heard (stories of) voter suppression, primarily at the hands of white people; white police officers harassing black people trying to vote, or white lawyers, white judges who ultimately…allowed it such that Bush would win that re-election," he said. "As a result, I ended up thinking that there was something fundamentally wrong with white people."

In a wide-ranging conversation with Piya, Kendi addresses his past perceptions (which he now views as racist), lays out his proposal for how to counter racism, and comments on Canada's relationship with racism today.

The interview below has been edited and condensed. Click here to listen to the full conversation.

If your views were racist, does that mean you were "a racist?"

Some of our listeners may be thinking, "You're a black man. You can not be racist. Race is a social construct invented by white people for power." What do you say to that view?

In fact, people of colour have limited amounts of power. Do they have as much policymaking or policy managing power as white people in the United States or in other countries? They don't. But does every single person of colour have the power to resist? They do.

Hand-in-hand with the view that you just expressed is another one that you know is coming to mind for people out there — that white people cannot be victims of racism. To that you say what?

And really, white people across the world do not benefit equally from racist policies. White poor people do not benefit from racist policies as much as, for instance, white elites. And so I think that's one of the biggest misnomers about racism. We have to recognize how policies directly harm people of colour and they harm them the most. But it's not the case that they harm or help all white people equally. And that's never been the case.

Let us be specific then. What exactly is your definition of racism?

When you call someone a racist, it is heard as an insult. How should I take it if someone labels me or something I say or do as racist?

The same way we should take it if someone labels something we said or did as mean. It's a descriptive term. It describes what we just said or did. It is not a pejorative term. That idea that "racist" is an attack word, a pejorative term, has been promoted by white nationalists. What's ironic about so many people who claim to not be racist is that they can't even define the term "racist" in a way that everyone can understand.

Let us focus on the key concept of your book — the term antiracist. Define that.

During our most recent federal election campaign, it came out that Prime Minister Justin Trudeau had worn blackface (and brownface) on at least three occasions in the past. Trudeau called his own actions racist and apologised. It launched a big debate in this country about whether or not those actions meant that he was unfit to govern. What's your take on that?

For those Canadians who believe it's essentially crossing a red line, I wouldn't necessarily dispute that. What is critical is, will he become the most antiracist Canadian political figure ever? Because now he has the opportunity to do that. Or is he just going to say, "I'm sorry for doing that; I won't do it again," and not become a force of racial change in Canada? I think that he has the capacity to do that, become that and make up for what he did. Because one of the worst things a white person can do, particularly symbolically, is to wear blackface.

Canada was founded on the colonization of Indigenous people in the past. But many Canadians often look at the U.S. and think, "We're better than that. We're not American. We're not racist. Or at least we're not that racist." What do you want to say to Canadians?