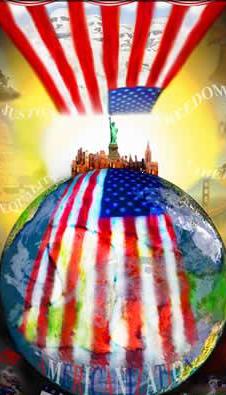 A few things are also appearing on my radar screen – future visions if you like – that I want to share with you. These are not conclusive, but rather a stream of unfiltered thoughts, which will develop over time.

I virtually never use geopolitics to assess asset markets. I have learned the hard way over time that it is the way to the poor house. Economies run financial markets, not wars.

But I do note that at the margin, the world’s geopolitics is changing. Gone are the fluffy days of Putin shaking hands with George Bush agreeing to keep the world supplied with oil, gone are the days of China helping US firms make profits using their cheap labour, gone are open-for-business days of Europe, gone is the Japanese military neutrality, gone are the Saudis as an unshakeable ally, gone is Israel also a steadfast ally, etc.

What is happening is something deeply concerning. Globalisation is turning in on itself and it is each man for himself.

This was always going to be the outcome of an imbalanced, debt-drowning world. Everyone wants a cheap currency and since that doesn’t work then everyone wants to find some way to get the upper hand on their own terms.

I have had recent conversations with a long-term strategy group within the Pentagon about economic threats to the US and the risk of global collapse, and the potential for it to turn into a military outcome. It seems that the Department of Defence’s deep thinkers are mulling over the kinds of issues we all are – is the inevitable outcome a military one?

They don’t know either but they give it a probability and thus need to understand it and plan for it.

My issue has been for a long time that the true threat to the world is not the Muslim nations we so like to beat as a scapegoat (gotta have an enemy, right?) but China.

If China has an economic collapse, which again is a high probability event, then what are the odds of massive civil unrest? And would a military conflict put the people back on the side of the government (i.e. how the Nazis came to power)?

I agree. I think this is the risk somewhere down the road.

I also, along with this defence strategy group, think that there is a risk that the Western powers meddling in the time of bad economic crisis will form strong alliances between let’s say Russia and China.

In direct opposition to the government, many people inside the Pentagon are saying, “Please don’t fuck with Russia, they are not threatening us militarily but securing their own borders, we cannot control the outcomes, and most of them are bad, probably not militarily but economically, and economic instability causes outcomes we can’t forecast – even seizing the assets of powerful Russians has unintended consequences”.

Here, here. The law of unintended circumstances is a bitch.

Everyone is also looking carefully at the risk of Catalonia now having a referendum that is deemed to be unconstitutional, and then trying to enforce it in the streets.

Europe is trying to hold itself together yet the member states themselves are in danger of splitting up. How does that manifest itself? What are the risks? We just don’t know.

I think the trend of each nation for itself, a move away from globalisation either in terms of global trade, or in terms of global finance and a move towards military build-ups, is well under way. I don’t know how far it will go but I do know that I am uncomfortable with it, and that it poses some considerable risk to the stable economic system that so many have enjoyed since the late 1980s.

For some further observations on the role of globalization and what its unwind would mean..

... Gordon T. Long's take on the "Globalization Trap" is a worthwhile read.