Fed Unveils New Bailout Program, Will Provide Up To $2.3 Trillion In Loans To "Support Economy" 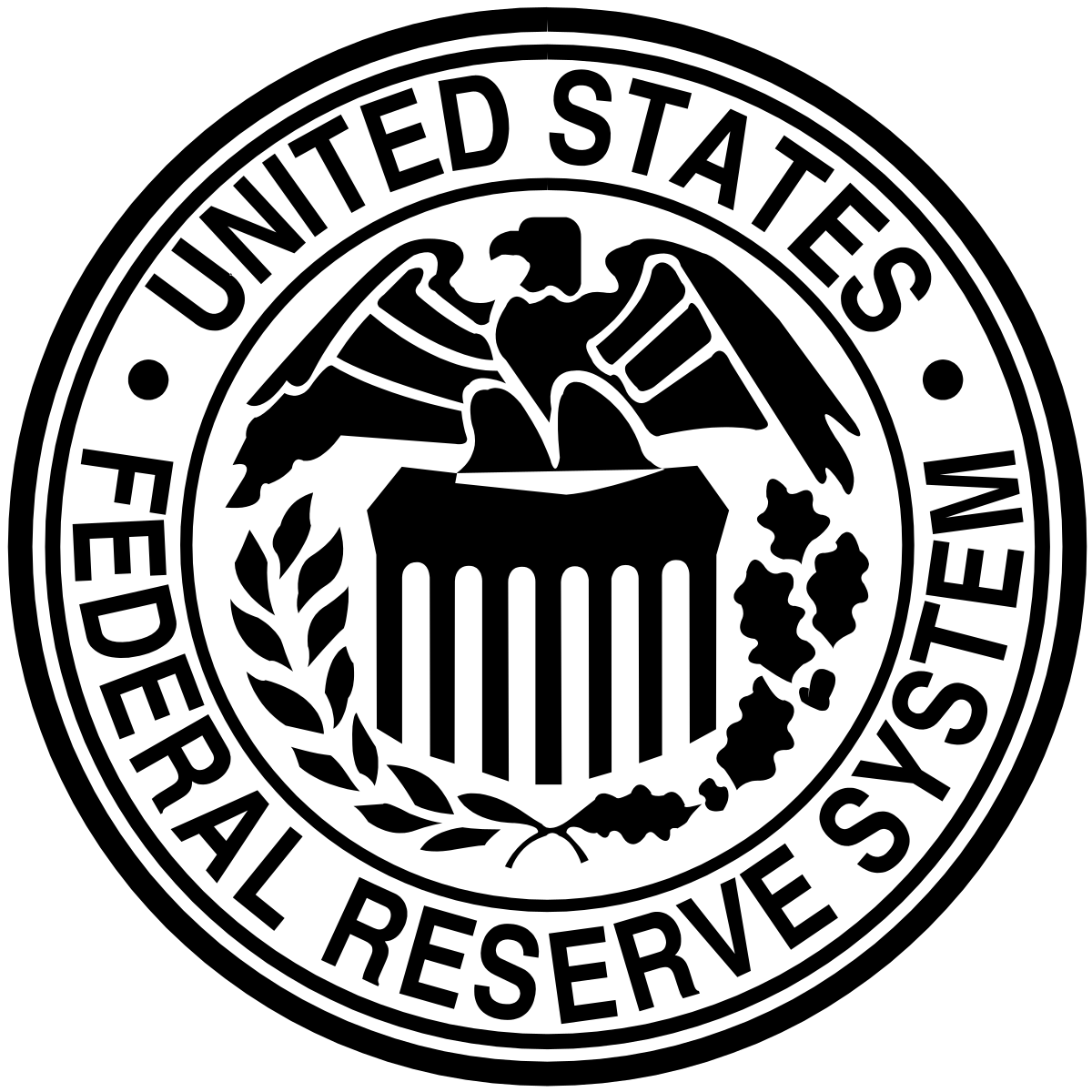 In our report from last night that JPM has halted all non-government guaranteed small business loans on what we surmised was fears of a default tsunami set to hit America's companies, we asked "just how bad is it going to get" and implicitly, if not commercial banks, then who will fund America's "main street" businesses?

We got the answer this morning when the Federal Reserve announced its latest series of sweeping, unprecedented action to backstop the credit pillars supporting the entire economy and provide as much as $2.3 trillion in additional loans during the coronavirus pandemic, including starting programs to aid small and mid-sized businesses as well as state and local governments: "The funding will assist households and employers of all sizes and bolster the ability of state and local governments to deliver critical services during the coronavirus pandemic."

These Fed's loans and facilities are based on the additional capital the Treasury has made available under the CARES Act (see below). Of the total $454bn that Congress appropriated to backstop Fed facilities, this morning’s announcements appears to commit $195bn, leaving the majority of funds available for other purposes or to expand these programs if necessary. That said, the programs the Fed announced this morning cover essentially all of the areas in which we have expected the Fed to act, so we do not expect the Fed to announce any further facilities for the time being.

Among the various initiatives are:

"Our country's highest priority must be to address this public health crisis, providing care for the ill and limiting the further spread of the virus," said Chair Jerome Powell. "The Fed's role is to provide as much relief and stability as we can during this period of constrained economic activity, and our actions today will help ensure that the eventual recovery is as vigorous as possible."

And to pursue that "recovery" - if primarily in the capital markets - Powell is launching a helicopter credit drop the likes of which have never been seen before. Here is the full breakdown of the various programs, which include the purchases of junk bonds and buying municipals:

2. Municipal Lending Facility ($35bn in capital, $500bn capacity): The facility will purchase short-term notes (up to 24 months maturity) directly from issuers, at a price based on an issuer’s credit rating at the time of purchase. The Fed will limit total purchases from any one issuer to 20% of an issuer’s own-source revenues (as of FY2017). Nationally, this figure totaled $2.4 trillion in FY2017, suggesting that the facility’s stated capacity will be sufficient to accommodate all potential lending if the 20% limit remains unchanged. As nearly all states and many local governments face balanced budget requirements for their general operating budgets, the primary aim of this facility is likely to be to help states accommodate near-term revenue declines due to a drop in economic activity as well as the delayed tax filing deadline. That said, this program does not plug state government budget gaps, and we continue to expect Congress to provide $100-200bn in fiscal aid. Details here.

In both facilities, banks and borrowers must attest that the loan proceeds are not being used to repay or refinance existing debt, with the exception of mandatory principal payments. Importantly, the restrictions in the CARES Act regarding executive compensation, buybacks, and dividends apply to borrowers using these facilities.

4. Paycheck Protection Program Liquidity Facility ($0bn in capital, unlimited capacity). The Fed has provided details on its previously announced facility to provide term financing to banks originating Paycheck Protection Program (PPP) loans. The Fed will make non-recourse loans against PPP loans as collateral at a rate of 35bp. The loan will be for a term equal to that of the PPP loan, but the maturity will be pulled forward if the bank sells a PPP loan back to the Small Business Administration. While the loans are 100% guaranteed by the Small Business Administration (SBA) in any case, this facility should incrementally help banks with funding these loans. We also note that regulators have eased regulatory capital requirements for these loans by assigning them a zero-risk weight (the CARES Act mandates this) and, as they announced this morning, by exempting them from leverage ratio calculations. Details here.

5. Term Asset-Backed Securities Loan Facility ($10bn in capital, $100bn in capacity). The structure of the TALF program is very similar to what the Fed announced on March 23, but the eligible collateral has expanded to include AAA CLOs and AAA CMBS.

As we explained previously, this is part of the Fed's "Multitrillion Dollar Helicopter Credit Drop", whereby the Treasury provides the Fed with $454 billion set aside in the passed $2.2 trillion aid package for Treasury to backstop lending by the Fed. The Treasury’s contribution, can be thought of as "equity" — that is, Treasury will stand in a “first loss” position on every loan made to corporate America.

The Fed then contributes the "leverage" — the money that will help make loans using the Treasury's equity and be levered 10-to-1. Such leverage assumes no more than 10% capital losses (on "AAA-rated" paper), as the Fed is not allowed to be impaired. Of course, in a real crash the losses will be far greater but we'll cross that particular bailout of the bailout when we get to it. The loan fund, now levered up ten-fold thanks to the Fed's own $4.1 trillion, will then make loans to businesses.

"Effectively one dollar of loss absorption of backstop from Treasury is enough to support $10 worth of loans." Fed Chair Powell said in in a rare nationally-televised interview two weeks ago. “When it comes to this lending we’re not going to run out of ammunition" and he is right - the Fed can apply any leverage it wants; after all the value of the collateral it lends against is whatever the Fed decides!

Visually, the magic of the Fed's 10x leverage looks as follows:

The overall size of the Fed-Treasury loan fund depends on how much Fed money will be supplied for every dollar of "equity" the Treasury contributes.

In theory, the answer is a function of what is called the “credit box.” If the loan program makes loans only to investment grade companies (those rated BBB or higher), the Fed will contribute more capital than if the loan program makes loans to companies with lower credit ratings or no ratings at all. In other existing Fed loan programs, the Fed supplies about $9 for every $1 of Treasury capital, but in those programs the loans are secured by extremely high-quality collateral (often AAA).

In practice, the Fed - which can "print" an infinite amount of dollars in exchange for any "collateral" including baseball cards, donkey turds, used condoms or oxygen - can lever up 20x, 50x, even 100x or more with zero regard for the underlying collateral.

Fast forward to today when we are now seeing this "credit paradrop" in action.

Commenting on the new Main Street Lending Program, the Fed said that it "will enhance support for small and mid-sized businesses that were in good financial standing before the crisis by offering 4-year loans to companies employing up to 10,000 workers or with revenues of less than $2.5 billion. Principal and interest payments will be deferred for one year. Eligible banks may originate new Main Street loans or use Main Street loans to increase the size of existing loans to businesses. Banks will retain a 5 percent share, selling the remaining 95 percent to the Main Street facility, which will purchase up to $600 billion of loans. Firms seeking Main Street loans must commit to make reasonable efforts to maintain payroll and retain workers. Borrowers must also follow compensation, stock repurchase, and dividend restrictions that apply to direct loan programs under the CARES Act. Firms that have taken advantage of the PPP may also take out Main Street loans."

Separately, to support further credit flow to households and businesses, the Federal Reserve will broaden the range of assets that are eligible collateral for TALF. As detailed in an updated term sheet, TALF-eligible collateral will now include the triple-A rated tranches of both outstanding commercial mortgage-backed securities and newly issued collateralized loan obligations. The size of the facility will remain $100 billion, and TALF will continue to support the issuance of asset-backed securities that fund a wide range of lending, including student loans, auto loans, and credit card loans.

The Municipal Liquidity Facility will help state and local governments better manage cash flow pressures in order to continue to serve households and businesses in their communities. The facility will purchase up to $500 billion of short term notes directly from U.S. states (including the District of Columbia), U.S. counties with a population of at least two million residents, and U.S. cities with a population of at least one million residents. Eligible state-level issuers may use the proceeds to support additional counties and cities. In addition to the actions described above, the Federal Reserve will continue to closely monitor conditions in the primary and secondary markets for municipal securities and will evaluate whether additional measures are needed to support the flow of credit and liquidity to state and local governments.

This may not be the end of it: the Fed explained that it and the Treasury "recognize that businesses vary widely in their financing needs, particularly at this time, and, as the program is being finalized, will continue to seek input from lenders, borrowers, and other stakeholders to make sure the program supports the economy as effectively and efficiently as possible while also safeguarding taxpayer funds. Comments may be sent to the feedback form until April 16."

Powell is scheduled to speak at 10 a.m. New York time in a webinar hosted by the Brookings Institution.

Antifa to be designated as terrorist organization, Trump says