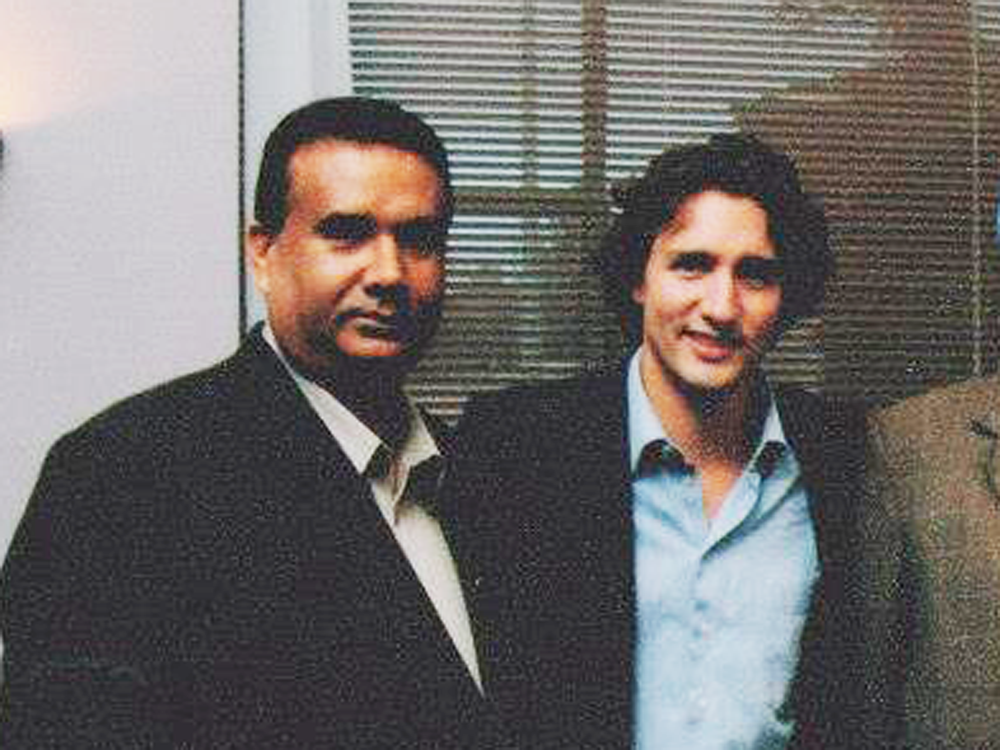 It may be bearable, if amusing, that Prime Minister Justin Trudeau has been playing Mr. Dressup on his Indian tour, he and the missus and the young ’uns donning more authentic garb than you could find in the average Indian’s tickle trunk.

What is not is that one of the vast number of MPs travelling with the PM invited a convicted terrorist to a dinner/reception this week at the official residence of the Canadian High Commissioner, apologized for his lousy judgement and that appears to be that.

The convicted terrorist is Jaspal Atwal, who on Feb. 27, 1987 was convicted with three other men by a British Columbia jury of the attempted assassination of a visiting Indian politician.

They were members of the International Sikh Youth Federation, a now-banned organization that advocated for a separate Sikh homeland called Khalistan.

The target was Malkiat Singh Sidhu, then a member of the Punjab cabinet, and he had come to Canada and a remote part of Vancouver Island with his wife for the wedding of their nephew in May of 1986.

Atwal and the other three met up and on May 25, cut off Sidhu’s car, with one of the four (Atwal later told the parole board he had been the actual shooter) firing five or six shots into Sidhu’s car, striking him twice and nearly killing him.

As the late B.C. Supreme Court Justice Howard Callaghan said flatly, in sentencing each of the four to 20 years, “This was an act of terrorism,” a politically motivated act of violence against a man none of them knew.

Worthy of note is that Callaghan also said none of the four had expressed remorse, and only one — not Jaspal Atwal — had even bothered to renounce violence.

Three years later, in 1990, the B.C. Court of Appeal upheld the sentences.

This being Canada, however, Atwal served nothing like two decades behind bars.

As he testified, this in a civil trial in 2010 when he was deemed a conspirator in a sophisticated car theft and fraud ring, he was in fact paroled in 1992, having served a whopping five years.

(His parole was briefly revoked, Atwal told that civil trial, after what he testified was an incident, the nature of which isn’t clear in the judgment, whereupon he did another cruel five months in 2002.)

Worth noting is that Atwal was 30 at the time of the attempted murder; his was hardly the act of a foolish and impetuous youth, though he has in recent years suggested as much.

Neither was it, as his role in the car theft-fraud case, showed, the single mistake (a big one, but still) of an otherwise decent and law-abiding citizen.

Yet Atwal has a long connection to the federal Liberal party in B.C.

In 2012, as the Vancouver Sun’s tremendous and courageous terrorism reporter Kim Bolan discovered, there was a controversy after he was invited to the budget speech of then premier Christy Clark.

Clark later said she didn’t know him and wouldn’t have recognized his name on the list.

But as Bolan confirmed, at that very time, Atwal was a member-at-large on the executive of the federal Liberals’ Fleetwood Surrey-Port Kells riding association.

Executives with the party confirmed that he’d held the position for at least a year and no one, Bolan reported, “seemed particularly concerned” about it.

When Bolan called Atwal to ask about it, he hung up on her but not before delivering an F bomb.

On his own Facebook page, Atwal has posted an earlier picture of himself with Trudeau and an unidentified man in a turban. It was, at least for a time, his Facebook “cover” photograph.

Sikh terrorism, as Canadians ought to know well, is nothing to take lightly

What one can take from all this is that the federal Liberals have a high tolerance level for convicted terrorists who are also Sikhs and who are connected to that powerful community, particularly powerful in B.C.

In other words, to borrow from the book of Matthew, the PM’s motto is, “For where two or three gather in my name, there am I with them.”

But Sikh terrorism, as Canadians ought to know well, is nothing to take lightly.

The worst act of mass murder in this country, the bombing of Air India Flight 182 in 1985, which killed all 329 people aboard, happened because Sikh extremists in B.C. planted a bomb in a suitcase.

As for MP Randeep Sarai, the man who invited Atwal to dinner at the High Commission, he has apologized and Atwal’s invitation was rescinded — but not before he’d managed to attend a reception in Mumbai earlier in the week, where he posed for pictures with, among others, Sophie Gregoire Trudeau.

“I alone facilitated his (Atwal’s) request to attend this important event,” Sarai said. “I should have exercised better judgment, and I take full responsibility for my actions.”

Yet there he was, in 2015, posing for a picture with Atwal in a social media post from the company, Media Waves, where Atwal works.

Presumably, then, Sarai knew him.

And in any case, the responsibility is not his alone.

Does the High Commission not screen or vet those it invites to dinner? Do the security folks attached to the office not do it? Does no one in the Prime Minister’s Office do it?