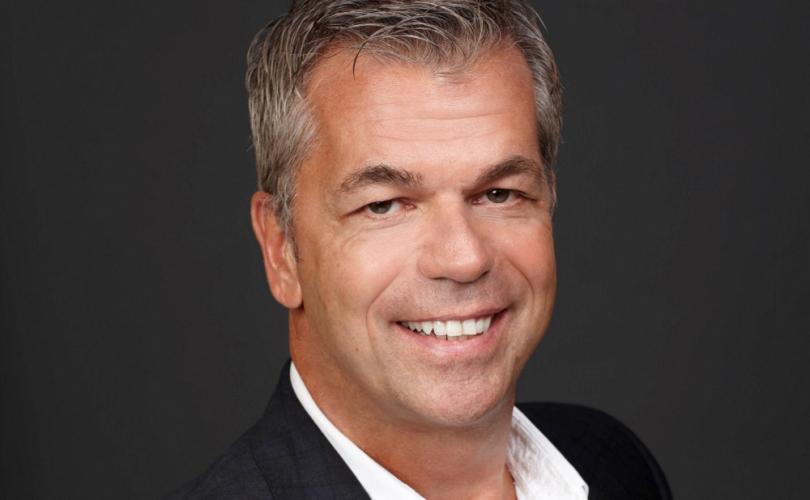 Some senior Tories are asking the Conservative Party to block social conservative Richard Décarie’s leadership candidacy because of his allegedly bigoted views.

In fact, in the wake of the backlash against the Quebecer and former Stephen Harper staffer, the National Post is predicting that “there is a very real chance the party will disqualify him from the race.”

Décarie, who has yet to officially register for the contest, has been under fire since telling CTV’s Evan Solomon over a week ago that “being ‘gay’ is a choice.”

He reiterated on CBC that “marriage should be exclusive between a man and a woman, like it was traditionally. The base of a family that is the base of a society.”

But another leadership candidate emerged this week to suggest that Décarie’s comments were “blown into a bigger situation than it needed to be” because “people missed the nuance.”

“Mr. Sloan is going to make it very difficult for the vetting committee to reject Richard Décarie’s very fringe candidacy because [Sloan]’s so close to him,” he told CTV.

“It would have been easy to say to Richard Décarie ‘You don’t represent our core values including equality rights, you’re not in as a candidate,’” added Mulcair.

Views blown out of proportion

Sloan told CTV’s Solomon this week that while his own proposed platform would not touch “gay marriage” and that he disagrees with Décarie’s comments, the cause of sexual orientation is “scientifically unclear.”

“Science right now is saying that, yes, there’s biological components, but there’s many other factors that play into it and they don’t even know how they all work together,” Sloan said.

Sloan, who's hoping to win over the social conservative vote, says the science right now doesn't show there's a "biological" component to being gay.#cdnpoli #ctvpp 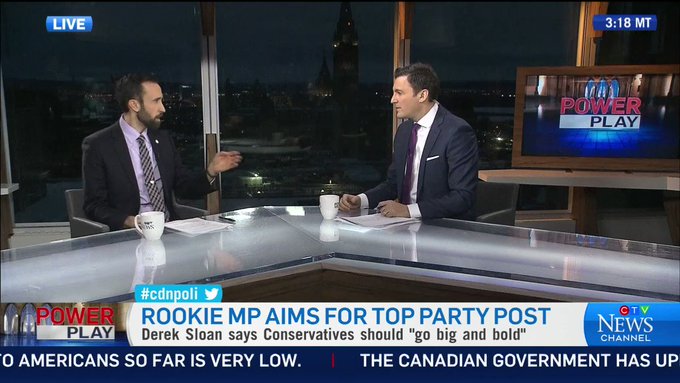 221 people are talking about this

Sloan also expressed other socially conservative views, including that he would have voted against the Liberal pro-transgender rights Bill C-16.

When Solomon quizzed him on conversion therapy, which will be criminalized under a bill now before the Senate, Sloan said “conversion therapy” should not be so broadly defined as to include “body affirmation counselling.” 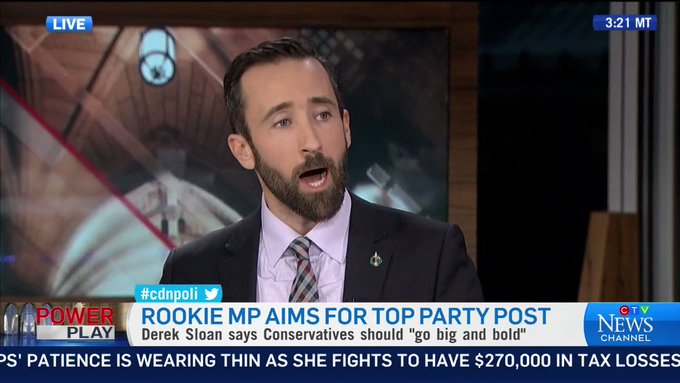 87 people are talking about this

“I don’t think anybody should be forced to do anything they don’t want to do. But if somebody wants to receive gender-affirming, or body-affirming counselling when they’re going through a position of ‘What’s going on with me?’ they should be able to have that,” Sloan said.

“We know a lot of kids that go through these feelings grow out of them by the time they’re adults,” he added.

Décarie opposes Senate Bill S-260 “and others like it,” which “are trying to ban all forms of pastoral and personal counselling and medical treatments that at risk youth may need, by associating loving counsel and support with previously discredited psychiatric quackery,” he said in an email statement to LifeSiteNews.

“Left wing activists will argue that this implies social conservatives support everything labelled conversion therapy,” added Décarie. “I do not, and we do not, but that is not what this debate is about.”

Disqualifying Décarie will hurt the party

Décarie, whose campaign chair is former M.P. Brad Trost, says people express privately to him the views he states publicly, and they deserve a voice in the Conservative Party.

He tweeted last week that M.P.s Arnold Viersen and John Williamson support allowing him to run:

When asked last week if I should be allowed to run, John Williamson MP said, “Absolutely. Look, we’re going to have a robust debate, I think, on all the issues across the conservative spectrum.” #cdnpoli #cpcldr

15 people are talking about this

When Arnold Viersen MP was asked last week if I should be allowed, he said, “It comes off as elitist if we say, well, ‘You’re a correct kind of conservative, and you’re not a correct conservative. We’re a big tent party.” #cdnpoli #cpcldr

The view that homosexual persons are “born that way” has been “totally debunked by science,” he told LifeSiteNews.

“We know from clinical psychological science and the lived experience of ex-gays themselves, that same-sex attraction is caused by environmental factors and childhood trauma in most cases. There is a ton of peer-reviewed and clinical research to bear that out,” added Gunnarson.

“And I’m glad that the leadership race is focusing some attention on this.”

“If the party disqualifies a so-con over his traditional, pro-family beliefs, they will be causing tremendous damage to the party itself, in terms of deflating its core activists,” he told LifeSiteNews.

“And that will surely come back to bite it in the next general election, resulting in another Trudeau victory.”

Tanya Granic Allen, who ran in the Ontario provincial leadership race, says the Conservative Party should welcome debate on all issues, pointing out that free speech and grassroots democracy are core conservative values.

“Candidates who think that they are the deciders as to what is allowed to be debated or not, candidates who speak ill of social conservatives like that, in my opinion, they have no place in the Conservative Party; they should be running in the Communist Party,” she observed.

“There can be no doubt that there is an element within the elite of the Conservative Party that would prefer to see any person of faith disqualified not only from a run at the leadership but from the party completely,” Patton told LifeSiteNews.

“Richard is not only a conservative but a proud man of faith who does not believe that the two things are incomparable.”

Campaign Life is urging Canadians 14 years of age and older to buy a membership in the Conservative Party of Canada as soon as possible in order to influence the outcome of the leadership race.