Bloomberg: Trump was the 'real winner' of Las Vegas debate 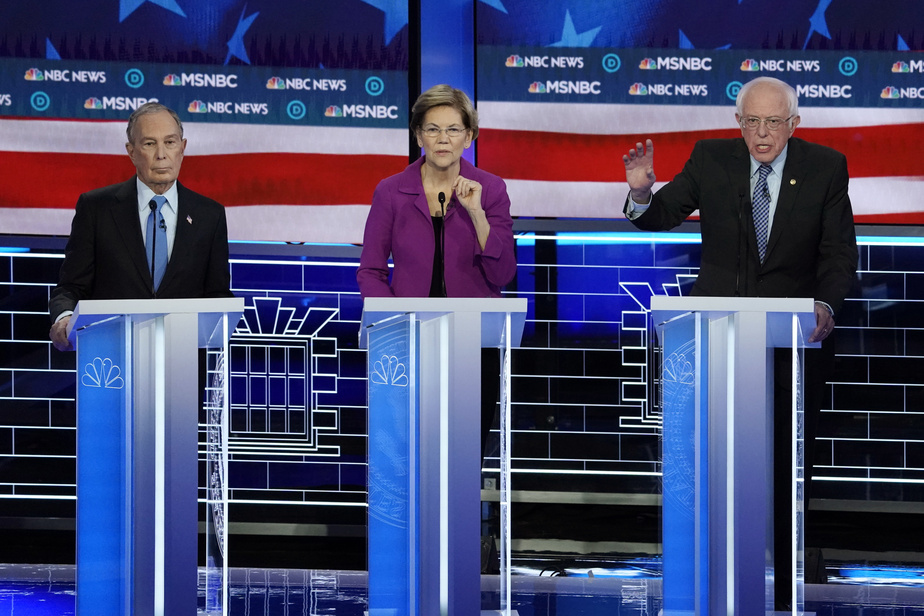 Democratic presidential contender Michael Bloomberg said on Thursday that President Trump was the "real winner" of Wednesday's Democratic primary debate, pointing to what he said was Sen. Bernie Sanders's (I-Vt.) inability to defeat Trump in November.

"So how was your night last night?" Bloomberg asked supporters at an organizing event in Salt Lake City.

"Look, the real winner in the debate last night was Donald Trump, because I worry that we may be on the way to nominating somebody who cannot win in November," the former New York City mayor said. "If we choose a candidate who appeals to a small base, like Sen. Sanders, it will be a fatal error.

Trump's own reelection campaign said the Democratic candidates had a "meltdown" on stage, referring to the barrage of attacks between the presidential hopefuls.

“The Democrat Party is in the midst of a full-scale meltdown," national press secretary Kayleigh McEnany said in a statement. "Americans are watching the party of JFK be torn apart by anti-job socialists and anti-worker globalists who want to control every aspect of Americans’ lives.

“This train wreck is nothing compared to what they would do to our country,” she added.

Bloomberg came under attack from the five other candidates on Wednesday night's stage, which marked his first 2020 primary debate.

The billionaire came under fire for his tenure as New York City mayor, as well as past controversial comments about stop-and-frisk policing and redlining.

"Democrats are not going to win if we have a nominee who has a history of hiding his tax returns, of harassing women, and of supporting racist policies like redlining and stop and frisk," said Sen. Elizabeth Warren (D-Mass.).

"Democrats take a huge risk if we just substitute one arrogant billionaire for another," she added, referring to Trump.

However, Bloomberg's campaign maintained after the contentious two-hour forum that he had a successful debate night.

"You know you are a winner when you are drawing attacks from all the candidates. Everyone came to destroy Mike tonight. It didn’t happen. Everyone wanted him to lose his cool. He didn't do it. He was the grownup in the room," Bloomberg's campaign manager, Kevin Sheekey, said in a statement.