Bank investors, watch for the vote on CEO pay 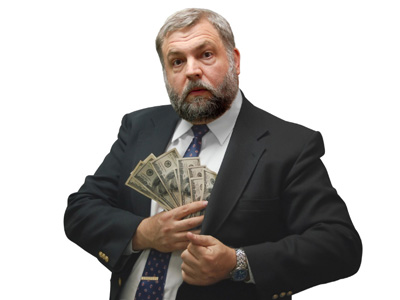 Stock options, the once-revered and now beleaguered compensation tool, face a challenge in Canada this spring.
A Montreal-based shareholder group, Le Mouvement d’éducation et de défense des actionnaires, or MÉDAC, has placed shareholder proposals on the proxy circulars of seven companies, including Canada’s big five banks, calling on them to “gradually eliminate” the use of stock options in their compensation plans.
MÉDAC, an organization that has placed many governance-oriented proposals on proxies over the years, argues that executive compensation should be based on performance criteria that the executive can actually control — and stock price is not one of those things.
MÉDAC cites an academic paper by Michel Magnan of Concordia University and Sylvie St.-Onge of HEC Montreal arguing that 90 per cent of the stock-price changes at the big five Canadian banks were due to attributes of the banking sector as a whole, such as the economy and interest rates. Only 10 per cent of the changes were the result of factors specific to each bank – and CEO performance was just one ingredient.
Companies embraced options a generation ago as a way to link executive pay to performance. Options programs proliferated during the markets’ long winning run in the 1980s and 1990s. The end of that boom, in 2000, helped expose their flaws. Executives who had accumulated, and then used, many years’ worth of stock options retained their wealth even as their long-term investors suffered.
Options continue to allow lacklustre executives to benefit from the rising-tides-lifts-all-boats phenomenon. Stock options reward the holder for a rising share price, even if the shares are performing no better, or even worse, than the market.
Consider a company that awards its CEO 200,000 stock options when the shares trade at $50 apiece. Over the next five years, the company’s shares appreciate by 5 per cent each year — but the market gains an average of 8 per cent. The company’s shareholders would have been better off investing in an index fund. The stock options, though, are worth $2.8 million.
Many companies, awakening to these problems, have been shifting away from their use over the past several years. MÉDAC president Daniel Thouin says his group chose seven companies that already seem to be reducing their option awards for its proxy initiative this year.
Royal Bank of Canada, whose AGM is Wednesday, is the first of the big banks to face MÉDAC’s proposal. In its response, RBC notes that it has been reducing the proportion of options in the equity portion of its executive compensation packages, from 40 per cent in 2010, to 25 per cent in 2011 and 20 per cent in 2012. “These changes were aligned with a broad market trend to reduce stock options and overall compensation program leverage,” RBC says.
The response, attributed to the company’s board, says its compensation committee believes stock options that are “duly approved by shareholders, modestly dilutive and properly structured, provide alignment between management compensation and the creation of shareholder value.”
Stock options can be designed differently. A few companies, for instance, allow stock options to vest only if certain operating criteria are met. One U.S. company, Level 3 Communications, has an “outperform stock option” program, in which the company’s shares have to beat the Standard & Poor’s 500 index before the stock options have value. (There’s a catch, however: The options can be worth as much as four times as much as a normal option, depending on how much Level 3 outpaces the S&P 500.)
Another corporate-governance group, the Shareholder Association for Research and Education, or SHARE, is endorsing MÉDAC’s proposal, noting that Royal Bank and others already use performance-based vesting for restricted stock in its compensation program. (Unlike stock options, restricted stock is given to executives but “vests,” or becomes sellable, only over time or if other criteria are met.)
“With Royal Bank’s stock options, there’s no basis in performance at all, for the awards or vesting,” says Catherine Smith, SHARE’s senior research analyst. “So the question is, what behaviour do you want to motivate with those stock-option awards? And the way the Royal Bank is doing it, all you’re motivating is for them to stick around. It’s a reward for not quitting.”
Many of the banks’ performance-share programs still award some portion of the stock, worth hundreds of thousands of dollars or even millions, if the bank’s performance trails peers.
For example: RBC executives can still get 100 per cent of the target performance share award even if the stock’s total shareholder return is as low as the 40th percentile of a peer group. (The 50th percentile is average.) They can only get a zero award if the shares are in the 20th percentile or lower, and the bank’s three-year average return on equity is below 10 per cent, a number RBC routinely achieves.
Much of the grousing about executive pay seems to come from governance scolds and ordinary citizens. Shareholders, given a chance to rebel, have not. Of the S&P/TSX 60 Index companies that conducted a “say on pay” vote in 2013, the median approval rate for the compensation plans was a robust 94 per cent.
MÉDAC also placed its option proposal on the proxies at Cogeco Inc. and Metro Inc., which conducted their annual meetings in January. The proposal got 0.3 per cent of the vote at Cogeco and 5.1 per cent of the vote at Metro, according to SHARE’s database of shareholder votes.
“We have to start somewhere, and with this proposal, it’s probably the best way to begin to change the way [CEOs are compensated],” says MÉDAC’s Mr. Thouin. “Stock options are the least justified part of compensation.”

Bank investors, watch for the vote on CEO pay