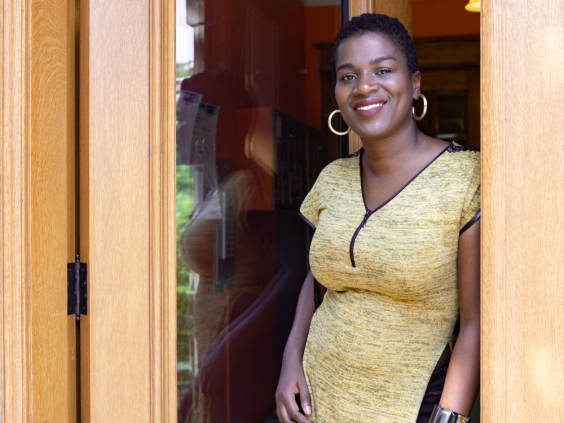 Last month, the Quebec government launched the Panier bleu, a list of Quebec businesses, as a way of encouraging people to buy local; now a group of Montrealers presents a website and phone app encouraging black communities to buy black.

UP: Unite and Prosper has been in the works for the past year. Created by the non-profit organization Orijin Village, the project came about as “a way to fight against disparities affecting black communities, and specifically black entrepreneurs,” according to Orijin Village co-founder Carla Beauvais.

“We really wanted to focus on how technology can be a means of emancipation for black entrepreneurs.”

Beauvais and her partners were inspired by the “buy black” movement in the United States, which emphasizes the benefits of keeping money in black communities.

“There are many statistics demonstrating the buying power of black communities,” she said, “and the importance of a dollar staying in the community. It creates a circular economy.

“This kind of thing didn’t exist in Canada. We thought, ‘Why not bring it here?’ so people can understand it as a way to fight disparity by changing your consumption habits.”

UP: Unite and Prosper will focus on Quebec and Toronto, initially, with the goal of eventually going Canada-wide.

Social engagement is nothing new to Beauvais, who is co-ordinator of an annual round-table discussion during Black History Month; co-founder of the Gala Dynastie, honouring black public figures; and a columnist for Journal Métro.

She is also an entrepreneur. Her company Cajou Cuisine provides bi-monthly family cooking kits, featuring recipes from different countries as well as educational exercises for kids in subjects including math, geography and culture. As such, Beauvais felt first-hand the affect of the lockdown due to COVID-19.

Black entrepreneurs face additional challenges from the outset, she explained. The coronavirus has simply exacerbated those issues, prompting Orijin Village to hasten the launch of UP: Unite and Prosper, originally slated to come out in the fall.

“Most (black entrepreneurs) function as small to medium businesses,” Beauvais said. “We don’t have the same access to capital as other communities, which holds us back. The unemployment rate in Canada is 12 per cent in black communities; in the rest of the population, it [was] 5 per cent [in February]. And we’re generally less well-paid.

“Entrepreneurship is a response to systemic problems in the employment market. Many black people go into business as a way to survive, and contribute to economic life. But there’s still a lot of disparity.”

The website for UP: Unite and Prosper, uniteprosper.com, was launched this week. Black businesses can apply to have their company listed on the site and app when it is launched in June. Consumers can also suggest black-owned businesses. And people can sign up for the site’s newsletter.

The project is the first of several initiatives by Orijin Village to support black entrepreneurs, “powered by an ecosystem of collaborators who are championing melanated people toward a united goal,” according to the website.

“In ancestral villages in Africa and the Caribbean, this way of collaboration is called a combite,” said Beauvais, who is of Haitian descent. “People come together to work on a project.

“We wanted to return to that model of villages, but using technology. It’s a return to the source, bringing the power back to us as a community, based on mutual aid and participation in the collective.”