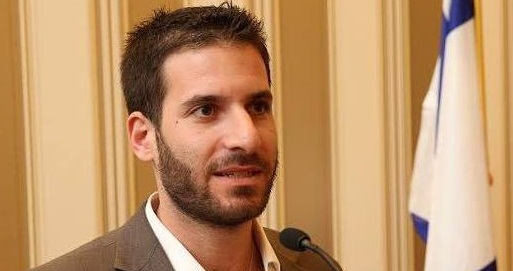 Just Friday morning, security officials in France’s Jewish community were informed of the very real possibility of an impending large terrorist attack in the country, according to Jonathan-Simon Sellem, a freelance journalist and a representative of French citizens in Israel.
The Jewish community, already on high alert ahead of several planned high-profile events Sunday, had been told that after several minor attacks in France this month, a large terrorist event was thought to be on the horizon.
Security experts in France, Sellem told The Times of Israel from Paris on Saturday morning, are now comparing the country’s situation with that of Israel.
On BFMTV, France’s largest mainstream news channel, defense analyst Dominique Rizet said what is happening in France today has been happening in Israel for the past 20 years — and it is just the beginning.
The Bataclan theater, site of Friday’s deadliest attack, was until recently Jewish-owned, said Sellem. As the site of annual fundraisers for the IDF, it is frequently targeted by anti-Israel protests, phone calls and emails, he said.
But, Sellem emphasized, the Jewish community in France “should not fall into paranoia.”
He called Friday night’s attacks “very crazy.”
“It’s like living in Israel,” said Sellem. He had intended to be at the soccer match at Stade de France on Friday night, but instead went to a movie, which was interrupted in the wake of the four-pronged attack and patrons told to go home.
Sellem said central Paris was a ghost town on Friday night — with no vehicles in the streets, nor people on the sidewalks.
But on Saturday morning, said Sellem, he felt a more normalized Paris — albeit with a bolstered security presence. The airline he is with flying on Saturday, he said as he prepared to take off from Charles de Gaulle airport, is trying to elevate its security measures with more questioning, a la Israel’s national carrier El Al.
“But they don’t know what to do. They’re really not ready for this,” he said.