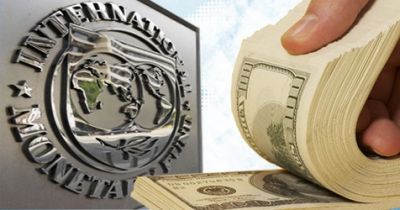 The IMF’s calculations lay bare the perilous state of Ukraine’s economy and hint at the financial burden of propping up Kiev as it battles Russian-backed separatist rebels in its eastern regions.
The additional cash needed would come on top of the $17bn IMF rescue announced in April and due to last until 2016. Senior western officials involved in the talks said there is only tepid support for such a sizeable increase at a time Kiev has dragged its feet over the economic and administrative reforms required by the programme.
“It’s not going to be easy,” said one official involved in the talks. “There’s not that much money out there.”
People briefed on the IMF warning said the fiscal gap has opened up because of a 7 per cent contraction in Ukraine’s gross domestic product and a collapse in exports to Russia, the country’s biggest trading partner, leading to massive capital outflows and a rundown in central bank reserves.
The breakaway regions of the east accounted for nearly 16 per cent of Ukraine’s economic output before the start of hostilities.
Without additional aid, Kiev would have to massively slash its budget or be forced to default on its sovereign debt obligations. Since the bailout programme began in April, Ukraine has received $8.2bn in funding from the IMF and other international creditors.
Pierre Moscovici, the EU economics chief, said the European Commission was weighing a third rescue programme on top of the €1.6bn ($2bn) it has already committed to Kiev; the Ukrainian government has requested an additional €2bn from Brussels.
But Pier Carlo Padoan, the Italian finance minister who chaired a discussion of Ukraine’s financial situation at a meeting of his EU counterparts on Tuesday, said EU resources should only be mobilised if Kiev made a “stronger effort” towards implementing reforms.
At a meeting of his cabinet in Kiev, Ukraine’s prime minister, Arseniy Yatseniuk, insisted his government was prepared to put in place unpopular measures, including deep cuts in spending, a crackdown on the massive shadow economy and moves to deregulate the country’s uncompetitive economy.
“It’s hard for us to make ends meet ourselves,” Mr Yatseniuk said. “We are not begging for money, we are not moaning. We are saying: we are partners. If we are partners, then help us and this help will go both ways.”
Under IMF rules, the fund cannot distribute aid unless it has certainty a donor country can meet its financing obligations for the next 12 months, meaning the fund is unlikely to be able to send any additional cash to Kiev until the $15bn gap is closed.
The scale of the problem became clearer last week after Ukraine’s central bank revealed its foreign currency reserves had dropped from $16.3bn in May to just $9bn in November. The data also showed the value of its gold reserves had dropped by nearly half over the same period. A person with direct knowledge of the central bank’s policy said part of the drop had been due to large-scale gold sales.
An IMF mission is currently in Kiev for talks with the government on the future of the programme.
According to two people who attended the EU meeting, concern over Ukrainian finances has become so severe that Wolfgang Schäuble, the German finance minister, said he had called his Russian counterpart, Anton Siluanov, to ask him to roll over a $3bn loan the Kremlin made to Kiev last year.
George Osborne, the UK finance minister, expressed surprise at the request, attendees said, saying the EU was now asking for help from Russia at the same time it was sanctioning the Kremlin for its actions in Ukraine.