German Politicians Accuse US Of «Economic War» Against Deutsche Bank 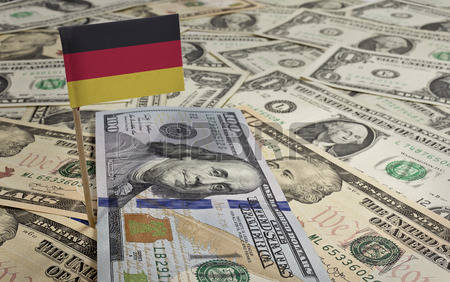 Today, after three weeks of unprecedented volatility in the stock price of the German lender which sent its shares to all time lows as recently as Friday, Germany has latched on to this line of attack as German politicians accused the US of waging economic war against ­Germany as, in the words of the FT, "concern continues to rise among its political and corporate elite over the future of Deutsche Bank."

The German parliament’s economics committee chairman Peter Ramsauer, in an interview with Welt am Sonntag, said the move against Deutsche "has the characteristics of an economic war", adding that the US had a "long tradition" of using every available opportunity to wage what amounted to trade war "if it benefits their own economy", and the "extortionate damages claims" being made in the case of Deutsche Bank were an example of that. According to the German politician, the threat to force Deutsche Bank to pay a $14 billion fine over its mortgage-backed securities business before the 2008 global crisis “has the characteristics of an economic war.”“Extortionate damages claims” in the case are an example of that, said Ramsauer.

Another German politician, Merkel ally and MEP Markus Ferber suggested, as we did, that the Deutsche Bank investigation is a “tit for tat response” from the US Department of Justice after Brussels imposed a record €13 billion penalty against Apple’s tax misdoings in Europe. It's not just Apple however: earlier this year, Germany’s Volkswagen agreed to pay $16.5 billion in the US for cheating on American diesel vehicle air pollution tests between 2008 and 2015. The fines still risk growing by billions and VW needs to recall 85,000 vehicles.

As we reported last night, while the business community in Germany has taken a stand to support Deutsche Bank, Economy Minister Sigmar Gabriel hit back at chief executive John Cryan over his comments. Cryan told employees his bank was suffering from market speculation, after Deutsche stock plunged to an all-time low last week. "I did not know if I should laugh or cry that the bank that made speculation a business model is now saying it is a victim of speculators," Gabriel said on Sunday.

Late Friday, media reported that Deutsche and the US regulators were close to a settlement of $5.4 billion, which pushed the stock six percent higher. The report has been largely denied, not only following reports that Cryan is only now set to fly to the US to negotiate the deal in Washington, but because Deutsche Bank has an obligation to confirm the rumor if it were true. Meanwhile, Moody's said it would be good news for bondholders if the settlement was $3.1 billion. Fines as high as $5.7 billion would erase 2016 profitability, but not fatally damage the German bank.

German parliamentary budget spokesman for the ruling conservatives Eckhardt Rehberg has ruled out state aid for Deutsche, saying its risky business abroad has resulted in billions of euro in penalties. "At the present time I would rule out any capital help. That would not be the right way to go,” said the politician.

Perhaps the best news for Deutsche Bank after a weekend in which many were expecting some formal confirmation of a reduced settlement is that the country's markets are closed due to the German Unity Day holiday, giving the German lender another 24 hours in which to come up with some positive headline news. As the FT wrote, hedge funds have bet heavily against Deutsche by short selling its shares.

Investors are worried that if the bank does not manage to agree a settlement with the DoJ over the weekend, its shares could be hit when they resume trading on Monday in New York and on Tuesday in Frankfurt. One hedge fund manager said it risked being “a black Monday for Deutsche”.

Perhaps he was unaware that Deutsche would not trade on Monday, meanwhile DB's ADRs are modestly lower in the US premarket, down less than 1% at last check, although this level may not hold if any additional news of liquidity outflows were to emerge in the next few hours.