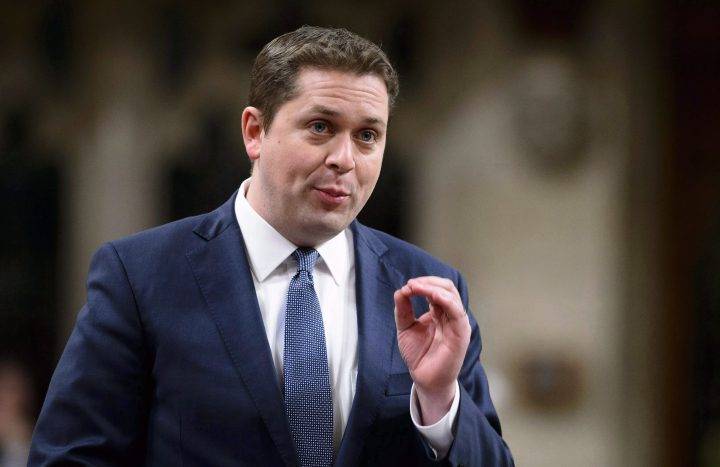 The Conservatives scored a big byelection win on Monday, significantly increasing their share of the vote in an eastern Ontario stronghold. It was a textbook win for the party, signalling that their rural base is holding firm and even rebounding. Signs that the Conservative brand is alive and well in Ontario is good news for Leader Andrew Scheer.

The bad news, however, is that the Liberals still held most of the gains from their 2015 breakthrough. Even worse news is that the New Democrats were nowhere to be seen.

There's little more that the Conservatives could have asked for from their team in Leeds–Grenville–Thousand Islands and Rideau Lakes in Monday's byelection. The riding — vacated after the death of Conservative MP Gord Brown in the spring — had been solidly Tory-blue for five consecutive elections. Doug Ford's Progressive Conservatives won the riding with around 61 per cent of the vote in June's provincial election.

A win was always a near-certainty. But the party increased its support by 10.4 percentage points, to 57.8 per cent of the vote. Before Monday, the Conservatives had averaged gains of 6.1 points in the previous 13 byelections that have taken place since the 2015 general election. In only three of the 14 byelections of this Parliament has the Conservative Party lost vote share (though in two of those cases, it was enough to cost them the seat).

Newly elected Michael Barrett's results were on par with the scores run up by Brown between 2006 and 2011, elections in which the Conservatives formed government.

Turnout was low but typical for a byelection at 36 per cent, and the Conservatives got their vote out. The Leeds–Grenville byelection was a success for the party.

Mary Jean McFall of the Liberals, who had run against Brown in 2015, captured 35.8 per cent of the vote, a drop of 4.8 points from last time. That is a below-average performance for the Liberals in this Parliament — prior to Monday's byelection, Prime Minister Justin Trudeau's Liberals had averaged a drop of 1.2 points in byelections. This is now the 11th byelection in which the Liberals' support has slipped. Not good news for the party. 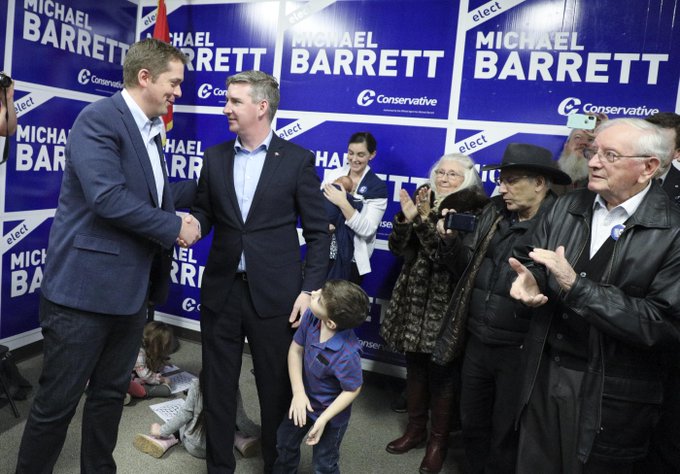 On behalf of the entire Conservative caucus, I would like to congratulate @MikeBarrettON on his victory in Leeds—Grenville—Thousand Islands and Rideau Lakes. Residents can count on him to defend the region’s interests and to be a strong advocate in Ottawa: https://www.facebook.com/AndrewScheerMP/photos/a.182719685095125/2373758969324508/ …

158 people are talking about this

The results are still a knock against the Liberals — losing support in byelections puts a governing party in a more precarious position for re-election at the next nationwide vote — but the party is nevertheless putting up the kind of numbers in a riding like Leeds–Grenville that they would expect in the context of a wider campaign that ends with a Liberal government.

Helping them is the woeful performance of the NDP.

With just three per cent of the vote — less than half of what the party managed in 2015 — the New Democrats scored their worst result in Leeds–Grenville since the 2000 election. Though the NDP has never held this riding, the party nevertheless took between 11 and 18 per cent of the vote under Jack Layton's leadership. Being in the low single digits puts the party in the same range as during the Audrey McLaughlin and Alexa McDonough years — the worst years for the NDP.

The party has lost support in 13 of 14 byelections now, managing half of the support under Jagmeet Singh as it did in 2015. The party finished just 24 votes ahead of the Greens in Leeds–Grenville.

This is the 11th time the NDP's support has been in single-digits in byelections held since 2015. This is a big problem for the Conservatives, who need a stronger NDP in order to have a better shot at winning in 2019. If the NDP's vote collapses in ridings where the contest is between the Liberals and the Conservatives — which is what has happened in every byelection in this Parliament — that will significantly hurt the Conservatives.

The concessions that will impact the Canadian dairy industry that the Liberal government made to the United States in the negotiation of the new NAFTA might have helped boost the Conservatives in a riding like Leeds–Grenville–Thousand Islands and Rideau Lakes.

But running up the numbers in rural parts of the country where the Conservatives already hold sway will not make Scheer prime minister if the NDP's vote disintegrates in the suburban parts of Canada that decide elections.