Contrary to the "patriots" who try to use the deaths of our soldiers in Afghanistan to stifle debate on Canada's involvement in the War on Terror, I would say that as new evidence presents itself, we would indeed be cowards to ignore it simply because we've lost troops in the field and are therefore blindly committed to the mission.
And new evidence is piling up around us, arguably strong enough to declare the whole War on Terror an undeniable fraud.
Virtually ignored by mainstream media, the Americans showed their hand this year with the new Iraqi oil law, now making its way through Iraq's parliament.
The law -- which tens of thousands of Iraqis marched peacefully against on Monday when they called for the immediate expulsion of U.S. forces -- would transfer control of one of the largest oil reserves on the planet from Baghdad to Big Oil, delivering "the prize" at last that Vice-President Dick Cheney famously talked about in 1999 when he was CEO of Halliburton.
"The key point of the law," wrote Mother Jones' Washington correspondent James Ridgeway on March 1, "is that Iraq's immense oil wealth (115 billion barrels of proven reserves, third in the world after Saudi Arabia and Iran) will be under the iron rule of a fuzzy 'Federal Oil and Gas Council' boasting 'a panel of oil experts from inside and outside Iraq.' That is, nothing less than predominantly U.S. Big Oil executives.
"The law represents no less than institutionalized raping and pillaging of Iraq's oil wealth. It represents the death knell of nationalized Iraqi resources, now replaced by production sharing agreements, which translate into savage privatization and monster profit rates of up to 75% for (basically U.S.) Big Oil. Sixty-five of Iraq's roughly 80 oilfields already known will be offered for Big Oil to exploit."
While the U.S. argues that the oil deal will give Iraqis their shot at "freedom and stability," the International Committee of the Red Cross reported this week that millions of Iraqis are in a "disastrous" situation that continues to deteriorate, with "mothers appealing for someone to pick up the bodies littering the street so their children will be spared the horror of looking at them on their way to school."
Four years after the invasion, it's becoming pretty clear that Iraq has been "pacified" solely for the purpose of economic aggression. Humanitarian considerations are moot. The awful plight of Iraq's one million Christians, who have no place in the new Iraq, underscores this ugly truth.
Afghanistan, meanwhile, has given the U.S. a strategic military beachhead in Central Asia (which "American primacy" advocates called for in the '90s) and it was quietly reported in November that plans are being accelerated for a $3.3-billion natural gas pipeline "to help Afghanistan become an energy bridge in the region."
With many Americans (including academics and former top U.S. government officials) now questioning even the physical facts of 9/11 and seriously disputing the "militant Islam" spin, with the media more brain-dead than it's been in our lifetimes, now is not the time for jingoism and blind faith in the likes of Cheney, George W. Bush and Robert Gates.
Our young men are worth more than that -- aren't they, Mr. Harper?
John Gleeson is the editor of the Winnipeg Sun. He can be reached by e-mail at: jgleeson@wpgsun.com 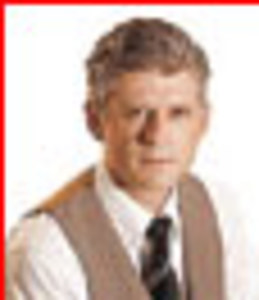 John Gleeson is the editor of the Winnipeg Sun. He can be reached by e-mail at : jgleeson@wpgsun.com