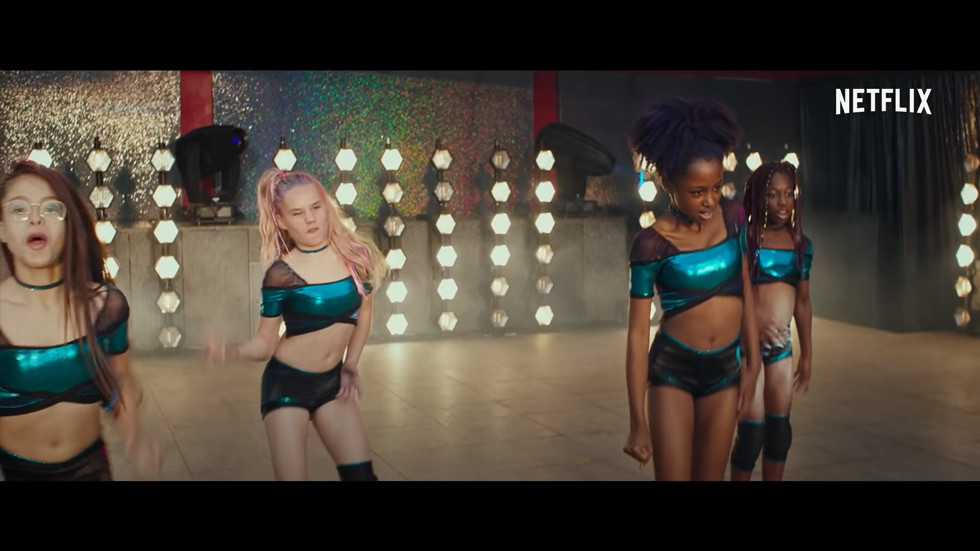 Marketing material for the new film ‘Cuties’ depicts sexualized 11-year-old girls dancing suggestively; so, in the iconic words of Chris Hansen from NBC’s ‘To Catch a Predator,’ Netflix, why don’t you take a seat over there.

The upcoming movie has the internet furious after both promotional material and a synopsis was revealed by the streaming giant. As per its original description – which has now been altered to appease the mob – it follows an 11-year-old who starts to “explore her femininity” after becoming “fascinated with a twerking dance crew” that she hopes to join.

It’s rated the R equivalent TV-MA, or that’s what it was pegged as before Netflix removed the rating, apparently in response to outrage, and the original American film poster, which Netflix has now 'updated', depicted a scantily clad pre-teen on hands and knees with her rear suggestively in the air while others twerk or pose for the camera.

By definition, twerking means to “dance to popular music in a sexually provocative manner” and, given the film is targeting adults, people are in a frenzy after seeing kids turned into sexually grotesque marketing props. Even the trailer leaves an icky taste in the mouth: it immediately opens with a young girl in tight leather pants lewdly dancing in a laundry room.

Based on my readings of reviews of the film that have been circulating since its premiere at Sundance, I’d be remiss if I didn’t properly spell out the point of the movie. Contrary to what Netflix’s description and original marketing image suggests, the flick sets out to deconstruct the circumstances that push ever younger girls to engage in questionable activities. At its core it appears to be about the dangers of internet culture and the ways it entices teens and pre-teens to demean and objectify themselves as a way of being both valuable to society and mature.

According to those same readings, the film can at times be too in your face with how it handles its sexual material. As if the director is focusing on it to make the adult-oriented audience uncomfortable with the social environments they have brought into being. Trickle down degeneracy, if you will.

Without seeing the film for myself, I can’t speak to its quality, or to how well handled the subject matter is. Personally I just won’t watch it because even with a deeper message I don’t want to see pre-teens acting lewd. But whatever the point of the movie is, Netflix seems to have missed the memo and, in an effort to promote it to a wide audience, they have unleashed what can only be described as pedo-bait, and no doubt the worst of the worst will now be clamoring to see it, based off nothing but the American poster.

The director has since deleted her twitter account, perhaps a victim of hate caused by Netflix’s boneheaded marketing campaign. This isn’t even the platform’s first stumble this summer and, due to poorly vetting not only its promotional material but those it allows to highlight its content, Netflix is putting children in harm's way with a complete lack of oversight. Take, for instance, ‘The Baby-sitters Club.’

Because nothing can ever just end there, she also has a tweet which expresses wanting a teenage skater boy to “breed” her.

Remember, she linked to her profile from Netflix’s main twitter account in discussions about a kids’ show. And with a following of nearly nine million, it’s safe to assume kids on the platform to which the show is aimed at, would click on her profile only to browse it and be bombarded with calls to f**k teens. 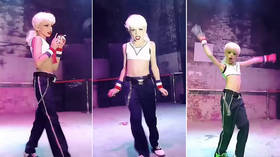 Slippery slope into degeneracy: Media keep sexualizing children and it must stop

For the youth’s sake, it’s a good thing she deleted her entire account after this was all unearthed, but it’s a perfect example that, for as woke as Netflix tries to appear these days, they do not have in their best interests those who are most easily susceptible to grooming techniques. A sick twist of irony, considering it marketed ‘Cuties’ based on its sexual attributes, even though the film is about highlighting such harms.

I’ll take the bold stance that none of the above should be off limits. In the realm of art, all topics can be addressed, but when delving into sexuality, one needs a deft hand when its characters are children, and Netflix is showing time and time again that it lacks the skill required to properly handle things.

It should give everyone pause when a film geared towards adults features a poster with children twerking or on hands and knees. What audience is being catered-to in such a situation?

So, once again Netflix, why don’t you take a seat over there.