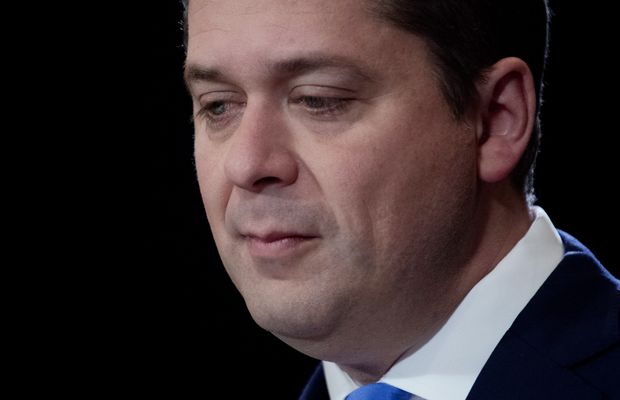 Terence Young, an MP from 2008 to 2015 and a defeated Conservative candidate in Oakville, Ont., in this campaign, said in an interview with The Globe and Mail that despite Mr. Scheer working hard and being a “very nice man,” he "can’t connect with voters.”

More Conservatives are also raising questions about Mr. Scheer’s leadership, but several other candidates said the Conservative Leader should stay on.

Mr. Scheer took the helm of the party midway through the Liberals’ first term in government. While it’s rare to oust a prime minister after just four years, Conservatives set high expectations in the election, saying they could beat Justin Trudeau. The Prime Minister found himself mired in several controversies during his tenure. Instead, the Liberals won a strong minority, 13 seats shy of a majority government.

During the campaign, Mr. Young said “not one voter ever said to me, ‘Gee, I really like your leader.’ Many voters said various versions of the opposite."

Last week, Mr. Scheer said he planned to stay on as leader and tried to cast the second-place finish as a win for the party because it won the popular vote. On Tuesday, he said the party is “very happy with many aspects of the campaign.”

In response to Mr. Scheer’s comments, Mr. Young said: “A partial victory is still a loss.”

During the election campaign, Mr. Scheer came under attack for his anti-abortion views and for declining to march in any Pride parades. After weeks of questions, he acknowledged that he is “pro-life” but repeated his commitment to not change the law if he formed government.

In a post-election interview with Global News, Mr. Scheer ruled out ever marching in any Pride parades. “I won’t march in parades,” Mr. Scheer said.

On Saturday, the former press secretary for prime minister Stephen Harper said she could no longer support Mr. Scheer over his views.

“I am pissed off that the leader of my party WILL NOT walk in a Pride parade,” Sara MacIntyre said on Twitter. “I am sick of this, disgusted, and support LGBTQ rights, gay marriage and being equal. I no longer support the CPC while a leader like that is at the helm.”

The election result triggered a leadership review for Mr. Scheer. It’s set to take place at the party’s next convention, scheduled from April 16 to 18 in Toronto. He will have to win more than 50 per cent support from the delegates to avoid an automatic leadership race.

Quebec Conservative MP Pierre Paul-Hus said the campaign was undermined in Quebec by Mr. Scheer’s stand on abortion and the difficulties faced by the leader in explaining his position on the issue during the first of two French-language debates.

Mr. Paul-Hus added that the “negative elements that undermined the campaign have been put out in the open. We know them, it’s done, we know he is pro-life. We are able to go back out in a year-and-a-half, two years on a campaign without having to carry all of that.”

The Conservatives added 26 seats in the election and their bigger, 121-member caucus will have its first meeting on Nov. 6.

Having backed Mr. Scheer in the 2017 leadership race, Mr. Paul-Hus said the priority is not a leadership change but understanding the lessons of the campaign and getting ready for the next one.

“I am not questioning Andrew Scheer’s leadership,” he said.

Similarly, candidate Krystina Waler, who ran for the Tories in St. Catharines, Ont., said Mr. Scheer should stay on because he’s shown growth in his role and she expects “he will continue to grow and evolve as a leader.”

How much and what he changes will be closely watched by Conservatives in the months ahead.

One of the Conservatives’ star candidates in Quebec, former Olympian Sylvie Fréchette, urged Mr. Scheer to “take a step back and rethink his strategy.”

“I don’t think he can last as a leader for a long time without an important change,” she said.

Ms. Fréchette, who placed third in her race in Rivière-du-Nord, echoed Mr. Young, saying that Mr. Scheer “didn’t connect at all in Quebec” during the campaign.

To the people insisting that Mr. Scheer deserves another shot, Mr. Young said: “This isn’t a Rotary club, this is our country, and no one deserves a second chance because people like them."

He said the problem was not with the party’s policies or the campaign’s organization, but with the leader. Mr. Young added that if the spring convention triggers another leadership race, he hopes Mr. MacKay will run because he can “connect with people and is principled.”

In an e-mail to The Globe, Mr. MacKay said “I support Andrew Scheer.”

With reports from Robert Fife and Laura Stone