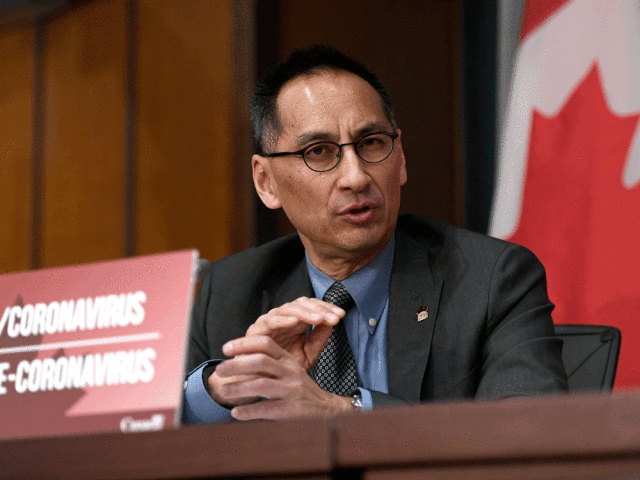 OTTAWA – Canadians are far from done with dealing with COVID-19, as measures to fight the spread of the virus are expected to continue until at least July, according to a government document obtained by the National Post.

That short line, written in a COVID-19 “Daily Sitrep Highlights” by Immigration, Refugees and Citizenship Canada (IRCC) on March 30 and obtained by the National Post, is the clearest timeline we’ve seen from the federal government to date on how long Canadians will have to endure measures to fight COVID-19.

Is IRCC referring to social distancing measures such as encouraging self-isolation or banning public gatherings? Or the closure of the Canadian border to most foreigners? Maybe the obligatory 14-day quarantine for those who return to the country? Possibly all or none of the above?

The document does not specify, and spokespeople for IRCC and Public Safety Canada (that oversees the GOC) did not respond to questions.

But the Government Operations Centre is Ottawa’s brain during a national crisis. During such times, some of its many roles are creating risk assessments, “national-level planning and whole-of-government response management,” according to its website.

Thus, it holds a central role in coordinating all the measures put in place by the federal government to fight the COVID-19 pandemic, such as the ones mentioned above.

As of now, Prime Minister Justin Trudeau has refused to answer specific questions by reporters regarding the government’s internal projections of the spread of COVID-19.

But over the last week, government officials have been hinting that distancing measures would be recommended – or enforced if necessary – for more than just the next few weeks.

“There are obviously many, many different projections of how long this could last, how serious this could be, how many cases we could be facing. But those projections all hinge on choices that Canadians are making today, choices they made over the past few days, choices they will be making over the coming few days,” Trudeau responded to a question on Friday, without revealing any information about said projections.

“We will be able to say more about how many weeks or months this lasts for as we see the impacts of the behaviours people have engaged in over these days,” he added.

Later that day, Canada’s deputy chief public health officer, Dr. Howard Njoo, told reporters that Canadians will be in it “for the long haul.”

But again, he shied away from mentioning any specific dates.

“It’s not going to be days and weeks, it’s definitely months, many months. And the one thing that other countries are also looking at, and we’re looking at as well, is that is there a possibility of a second wave? Who knows?” Njoo said. ‘We’re looking at all possibilities and planning for all potential scenarios.”

Another seldom-reported clue that the drastic measures put in place to fight the global pandemic will last until the summer is the fact that the Canadian border will remain closed to non-American foreigners until at least June 30.

Government officials did not explicitly mention that date during the announcement two weeks ago. Rather, it was buried in the formal government order that enacted the drastic measure.

Already, some federal organizations are preparing for the fact that Canadians will most likely be told to stay home throughout April.

On Monday, the Canada Revenue Agency set out a memo to employees telling them the order to work from home if their work is deemed “non-essential” is extended from April 5 to May 1.

If they cannot work from home because of IT limitations, illness or family issues such as caring for children during school closures, then they are asked to go on paid leave.

“We have a long road ahead, and we will be continually taking stock and adjusting our approach to ensure we can continue to provide Canadians with the assistance they desperately require during this time. We continue to be tremendously grateful for your on-going dedication, flexibility and cooperation during this difficult time and as needs and expectations change over the coming weeks and months,” wrote CRA Commissioner Bob Hamilton.

To date, the Treasury Board Secretariat (TBS) – the public service’s employer – is ordering departments to allow teleworking as much as possible during the global pandemic.

That order will be revised by April 10 at the latest, at which point it could be extended, modified or simply cancelled.