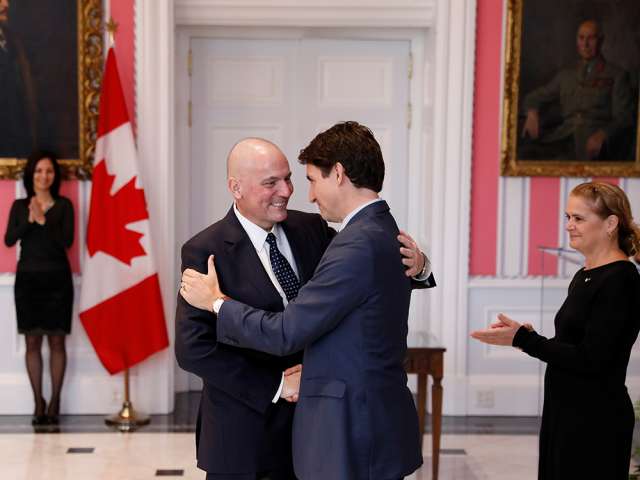 It’s not difficult to imagine productive things the Canadian government could be doing to respond to a virus that has caused more than 1,000 deaths in the country, infected tens of thousands of Canadians, and shut down the economy.

Passing a law dictating what people can and cannot say about SARS-CoV-2 is not one of those things.

The government could be using its power to secure personal protective equipment for health-care workers, facilitate an increase in testing capacity, and clear regulatory red tape that stands in the way of efficient vaccine research.

There is no question these steps could be helpful, and they are just three examples of many. Then, why oh why are federal politicians instead using their time to make plans to censor online expression about a pandemic that could use more creative ideas, not fewer.

Why are federal politicians using their time to make plans to censor online expression?

A sample of what Privy Council President Dominic LeBlanc has to say on the matter of criminalizing the online spread of ideas the government deems dangerously untrue: “This is not a question of freedom of speech. This is a question of people who are actually actively working to spread disinformation, whether it’s through troll bot farms, whether (it’s) state operators or whether it’s really conspiracy theorist cranks who seem to get their kicks out of creating havoc.”

Realizing that the people running the country believe that freedom of speech doesn’t apply — even as a consideration — in cases where they don’t like the speech in question … well, it’s scary, especially in the middle of a frightening crisis that makes government power grabs seem deceptively innocuous.

It sounds great to crack down on dangerous “cranks” pushing “disinformation.” Until you realize that a couple of months ago, anyone who was suggesting COVID-19 could and would spread through community transmission here — a notion Canadian public health leaders were scoffing at — would have been considered such a “crank.” Just a couple of weeks ago, anyone stating that wearing a mask in public was useful in stopping the spread of COVID-19 would also have been deemed a crackpot by the feds’ standards. Thankfully Mr. LeBlanc hadn’t yet come up with a law that would have shut them up.

As we have seen with this pandemic, the government doesn’t have a monopoly on the truth — it’s barely competent enough to recognize the truth when the truth is hitting it on the head. Do you really want that entity to have the power to decide which ideas about COVID-19 are valid and may be voiced and which ones are wrong and must be punished?

It’s not necessary to imagine, in the abstract, what sort of damage this kind of censorship would do. The scenario has already played out in China.

In December 2019, ophthalmologist Li Wenliang tried to sound the alarm in China about a mysterious new virus that was causing SARS-like symptoms. Within days, he was picked up by police and reprimanded for “making false comments on the Internet.” He died of COVID-19 six weeks later.

The scenario has already played out in China

A recent report by researchers at the Citizen Lab at the University of Toronto’s Munk School of Global Affairs and Public Policy showed that a day after Chinese doctors issued their warning about the illness, China’s most widely used social media app, WeChat, quickly blacklisted related terms, including “SARS outbreak in Wuhan” and “Unknown Wuhan pneumonia.” (WeChat doesn’t have a lot of competition since the Chinese government blocks access to Facebook and Twitter.)

While the deadly disease was spreading through China’s Hubei province, WeChat was censoring instructions and advice about wearing face masks and washing hands — information that would have saved lives but was deemed fake news by Chinese authorities at the time.

Doubtless it is obvious that this is an example Canada should not follow. One man’s whistleblower is another man’s havoc-wreaking conspiracy theorist. Allowing one of those men to impose criminal penalties on the other is a damaging way to deal with the difference.

It is true that there are scammers out there taking advantage of the fear generated by the pandemic, trying to make a buck by posing as people or institutions they aren’t.

But it is also true that there are already laws on the books to punish and prevent this foul flavour of fraud.

Don’t add on a new law that will leave skeptics — a group that has grown in number as the government’s flubbed response to COVID-19 has become evident — even more distrustful of government than they already are.

This is a matter of free speech. And during a pandemic, free speech and the unimpeded flow of information can mean the difference between life and death.