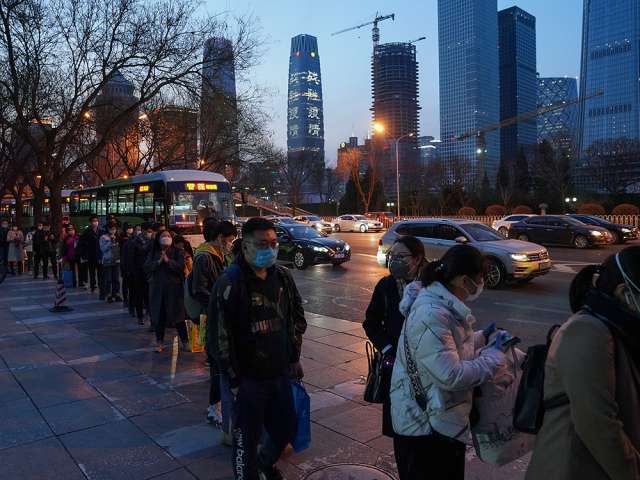 White House reporters may be surprised how unhelpful the average person finds their ongoing badgering of U.S. President Donald Trump to stop highlighting that the COVID-19 coronavirus originated from China. He’s calling it the “Chinese virus.” Members of the press have challenged the president, insisting it’s “racist” to keep saying it. Maybe, but that might surprise the ethnically Han Chinese population of Taiwan, where naming the virus after the place the outbreak began — Wuhan, China — is both common and uncontroversial.

Meanwhile most of the rest of us probably consider it a bigger priority right now to focus on a frightening and dangerous worldwide pandemic rather than politically correct terminology. Still, Americans and the rest of the world won’t likely forget who is to blame for allowing the outbreak to become far more deadly and destructive than it needed to be — and it isn’t Chinese people, who have also been made to suffer, both at home and worldwide. The blame instead belongs to the criminally self-interested communist government that rules China, whether Chinese people like it or not. And after watching Beijing respond so ineptly to a globally threatening virus outbreak, with deceit, paranoia, self-preservation and cruelty, they must like it rather much less than before. Perhaps we can all compromise and call it the “Chinese communist virus.” Chicom-19?

The Chinese government’s coverups and lies are clearly driven by fear and it would be optimistic to think Beijing isn’t continuing its deceit in its claims about the miraculous success of its containment efforts and improving mortality rates. Xi Jingping and his cohorts have every reason to believe that this pandemic could badly weaken their grip on power. Their economy has been in freefall, with January’s industrial output at its lowest since 1990. All governments worry how they’ll survive this plague, but for a one-party authoritarian government, the fears are existential. “The Party’s social contract with the people — ensuring the people’s well-being and providing ever-increasing economic prosperity — is being stressed on a nationwide level in ways I don’t recall in the past several decades,” wrote Bill Bishop, a respected authority on China, on his Sinocism blog last month.

Xi has long boasted that his communist model of governance is superior to liberal democracy. If it takes suppressing news of scores of new deaths to preserve that belief, who doubts he would do it? Beijing’s recent redoubling of censorship and state-media propaganda efforts, while ordering the deportation of reporters from several major American outlets last week, even as it claims it has conquered the outbreak, certainly provides grounds for suspicion.

Not that anything is necessary to prove Beijing’s readiness to deceive the world no matter the cost to human lives beyond its handling of the initial outbreak. The first cases from Wuhan reportedly began arriving as early as mid-November. When doctors there began raising alarms in December about a new deadly virus, they were charged by the government with spreading “lies” and forced into false confessions. As the virus spread further in December, the government still played down the danger, insisting the virus was not anything like SARS — which, of course it is — and maintaining it had been contained and there had been no human transmission. As the toll mounted into January, any discussion on the internet that contradicted the bogus official line was prohibited, wiped out, deleted. For critical weeks the Chinese government lied and denied, rather than undertake serious containment efforts, as the virus spread, uncontrolled, around the world.

If the communist party’s paranoid self-preservation is at least understandable, harder to explain is the thinking of those in the West, eager to assist in defending Beijing, and not just the language-scold journalists who may mean well, even it plays into Beijing’s worldwide propaganda campaign to call it “racism” to talk of the virus’s Chinese origins.

Patty Hajdu, Canada’s health minister, weeks ago publicly praised China for being “very open” in helping contain the worldwide spread, because “within a week or so (of discovering the virus), they were letting the World Health Organization and therefore all of the partner countries know that they had an outbreak on their hand(s).” No. It persecuted heroic doctors to keep the spread silent for weeks.

Hajdu appears to be following the lead of World Health Organization Director General Tedros Adhanom Ghebreyesus, who has praised Xi’s “leadership” in fighting the virus. This was after China stalled for two weeks before it allowed an international mission of medical experts into the country to study the outbreak. In February, Canada’s foreign affairs minister, François-Philippe Champagne, met with his Chinese counterpart at the Munich Security Conference, where Wang Yi thanked Canada for its support in sending masks and protective gear to China, and praised the “special relationship” between our two countries.

The institutional flattery of the communist government in Beijing was something we had to tolerate back in the days when the establishment still saw China as a rich vein for trade deals and other lucrative goodies. It was easier then for political leaders to shrug at China’s conduct when the victims were in Tibet, or Hong Kong, or the Uyghurs of Xinjiang. But now the whole world is paying dearly for Beijing’s behaviour. And China is scrambling to dodge responsibility, now promoting conspiracy theories that the virus was actually spread by the U.S. military, and provoking Trump into harping on this being a “Chinese virus.” A more salient debate isn’t whether that’s racist, but whether Trump is unwittingly giving Beijing more material it can use to play the victim with.

This pandemic has cost our economies billions, if not yet trillions, and will cost us far more yet. Its human toll will be staggering and permanent. We will likely persevere, but what the world can no longer afford is the threat to our collective health and well-being that is the Chinese communist regime. As it desperately tries to salvage its legitimacy, let’s at least refrain from helping with that. This isn’t the first deadly viral epidemic to emerge from their country and it probably won’t be the last. The good people of China will have to cure themselves of this communist government if we all hope to survive the next one.